Hi, hoping for some info.

I bought this a few weeks ago. Ive read a few posts on here as to some differences so have listed them..Theres 5 track rollers, the gearbox is the one you move the stick sideways. The engine has a direct inline pump.
Top

Added pic
You do not have the required permissions to view the files attached to this post.
Top

Another
You do not have the required permissions to view the files attached to this post.
Top

Hi Rob and welcome to CMN

nice machine you have there.

Thanks! It needs some tidying up and a few jobs doing to it however wont take much!
I might take some photos and add in here along the way
Top

The transmission with the side shift gear engagement was inherited directly from the single cylinder Fowler-Marshall VF range which had no bevel gears, (crownwheel and pinion), as the engine crank shaft like the gearbox shafts lay transversly accross the tractor eliminating the need to turn the drive.

When the Perkins powered models were introduced the drive was turned 90 deg. by introducing a pair of bevel gears in the front of the gearbox. 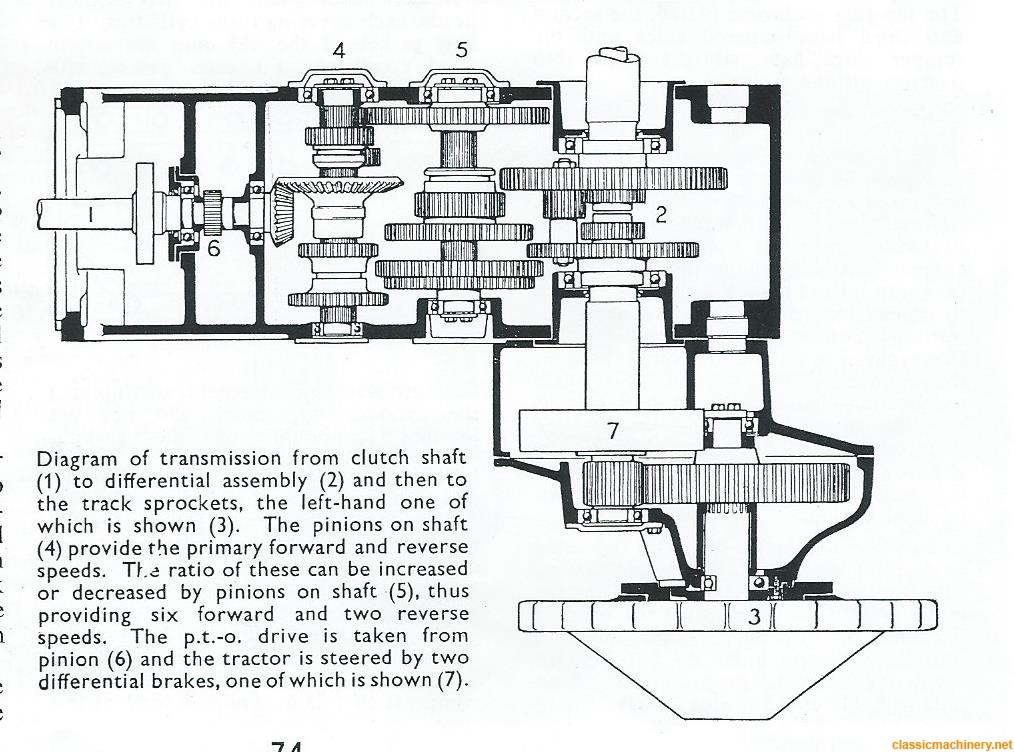 I've been round these Marshall-Fowler things for best part of 50 years so if there's anything you need to know just ask.

Hi Fred, thanks for the reply!

Now i understand why its a bit different a mate has one but his has the other engine and different gearbox which is a later machine.

Theres an oil leak underneath the gearbox which I need to track down and it appears theres 2 plates each side under about where you sit however not sure what they cover and if that can be just taken off and resealed?

What a tidy looking machine for over 60 years. Lovely piece of marque history Fred.
Top

Lots of work has been done, ill take and post pics soon.

Chasing an exhaust Manifold for the L4.. can anyone help? Otherwise ill get one made

Im not sure if this would be common?

I purchased another machine for spares and this was on the battery box.