Well I have been back up to my Hy-mac and got the fuel issue sorted (I hope) I changed the fuel filters which were in a dreadful state, I also fitted a one-way valve into the fuel line just before the lift pump so fuel cannot drain back, she should be in action this coming Sunday at Andrew's working event along with the Poclain to which I have fitted a new battery.
I want to get stuck in again when the weather picks up all being well although every time I go up there in most instances I manage to get a few bits and pieces done. I will try and post a few pics when time permits.

Bit of a catch up here; I had wanted for a long time to get the fuel filters changed on the 580BT, she has had the hydraulic oil filters and engine oil filter changed, I have still to get to the oil bath air-cleaner and sort that out as well. After my last visit she was dripping fuel from the filters so that spurred me on to get them both changed, I had suspected that they may just be in a bit of a state, the photos below tell all 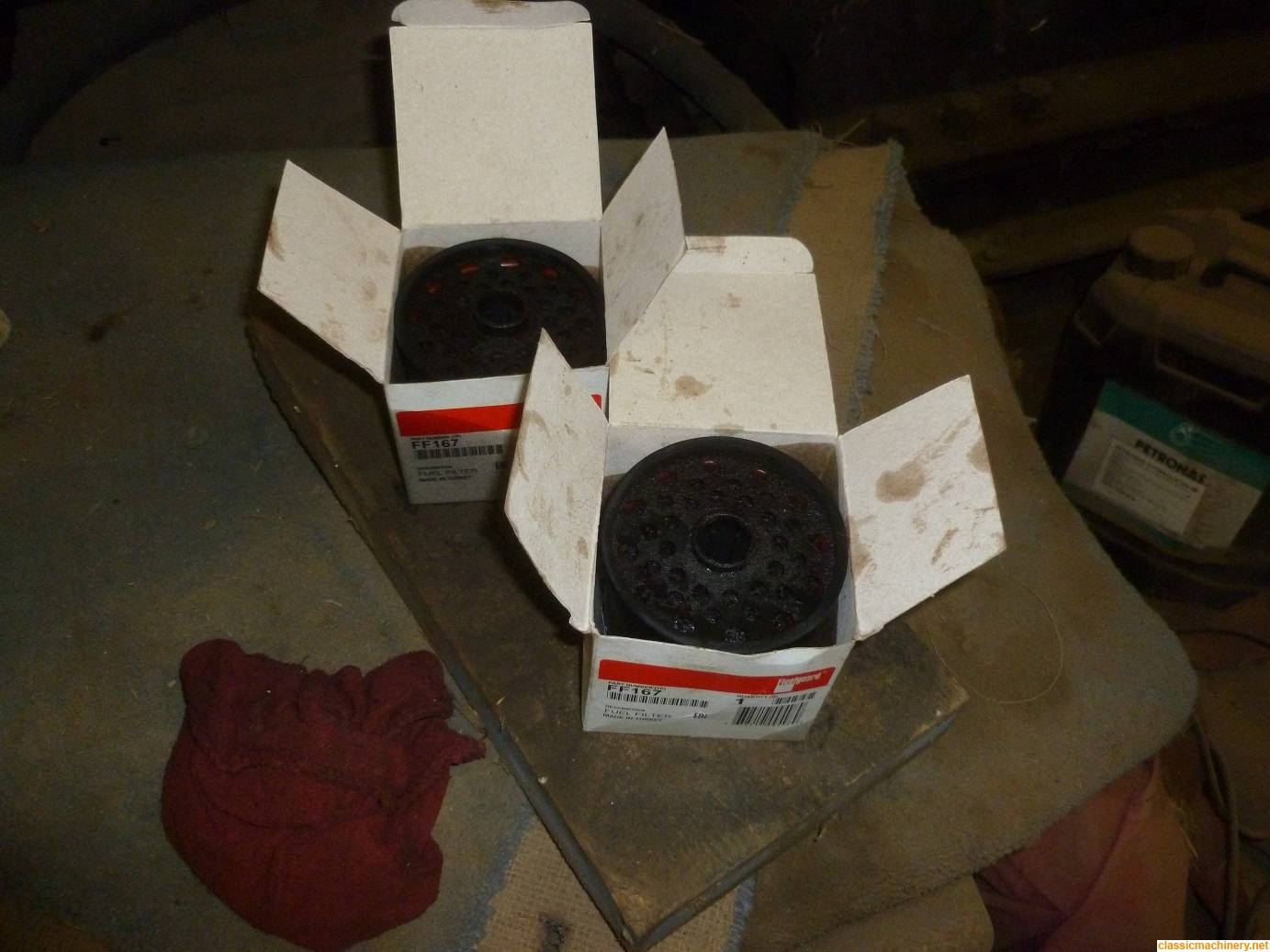 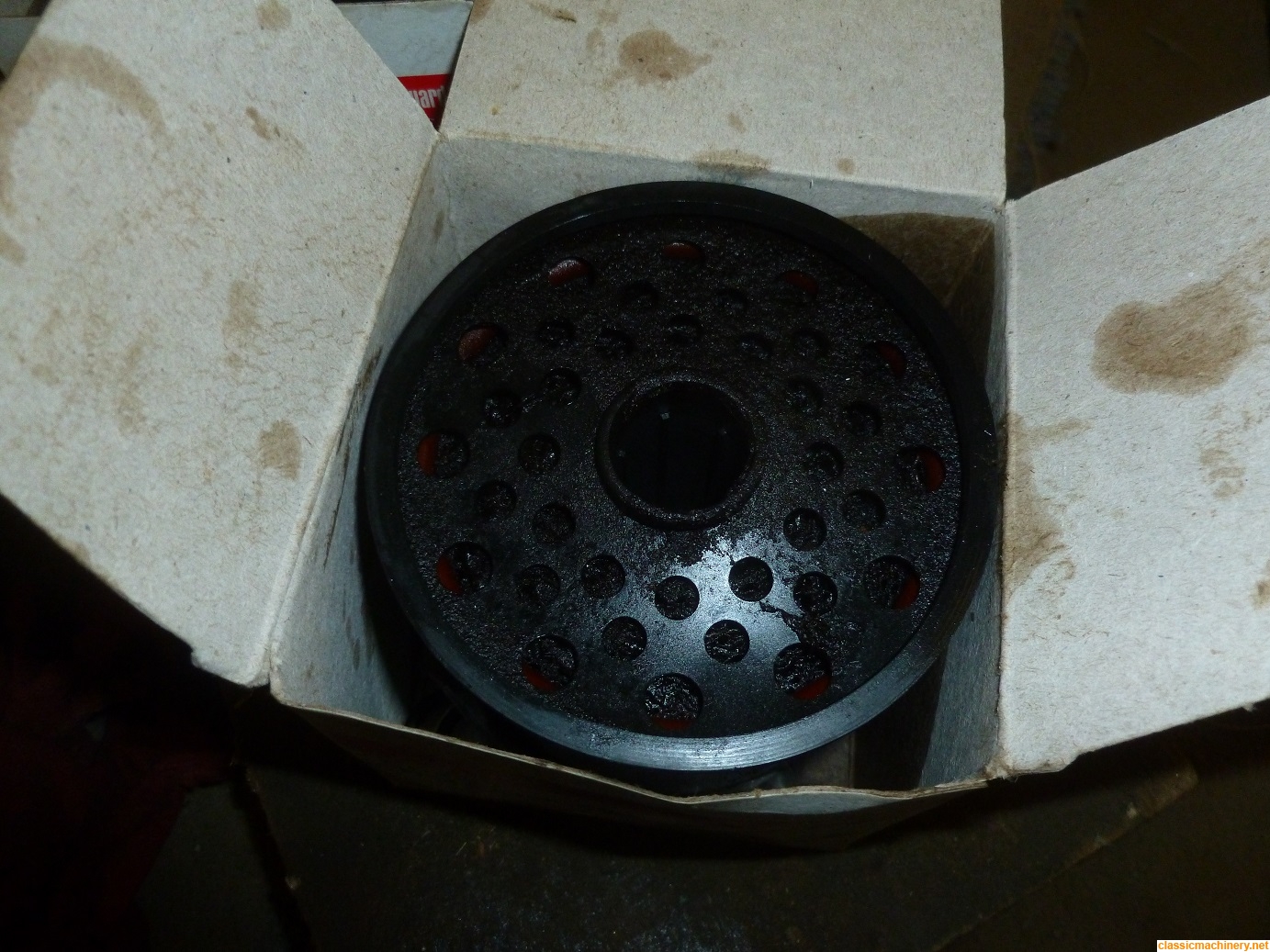 Must have been running on a gasp!
Top

It's amazing sometimes what will still run and what will not; she starts and runs okay now with no derv leak.

As mentioned in my Poclain thread I got up to Andrew's last Thursday; once again I cleaned the mud off the undercarriage on the Hymac as I had done on the Poclain, there was however another issue with the Hymac in that she has a hydraulic leak off one of two locations which I have arrowed and during the event she leaked a small quantity of hydraulic oil, try as I did I could not get her to leak last Thursday

as it was I did not want to get any big jobs started, I did however manage to primer paint and fit two new steel plates to the undercarriage that cover the track greaser adjuster. There is one bolt on either side missing, the two old ones having snapped off at sometime in the past, alas I ran out of time to drill and tap them out so that parts for another day, at least I ran both working machines up and cleaned them up so although I didn't get any major jobs done it was not a fruitless effort on my behalf. 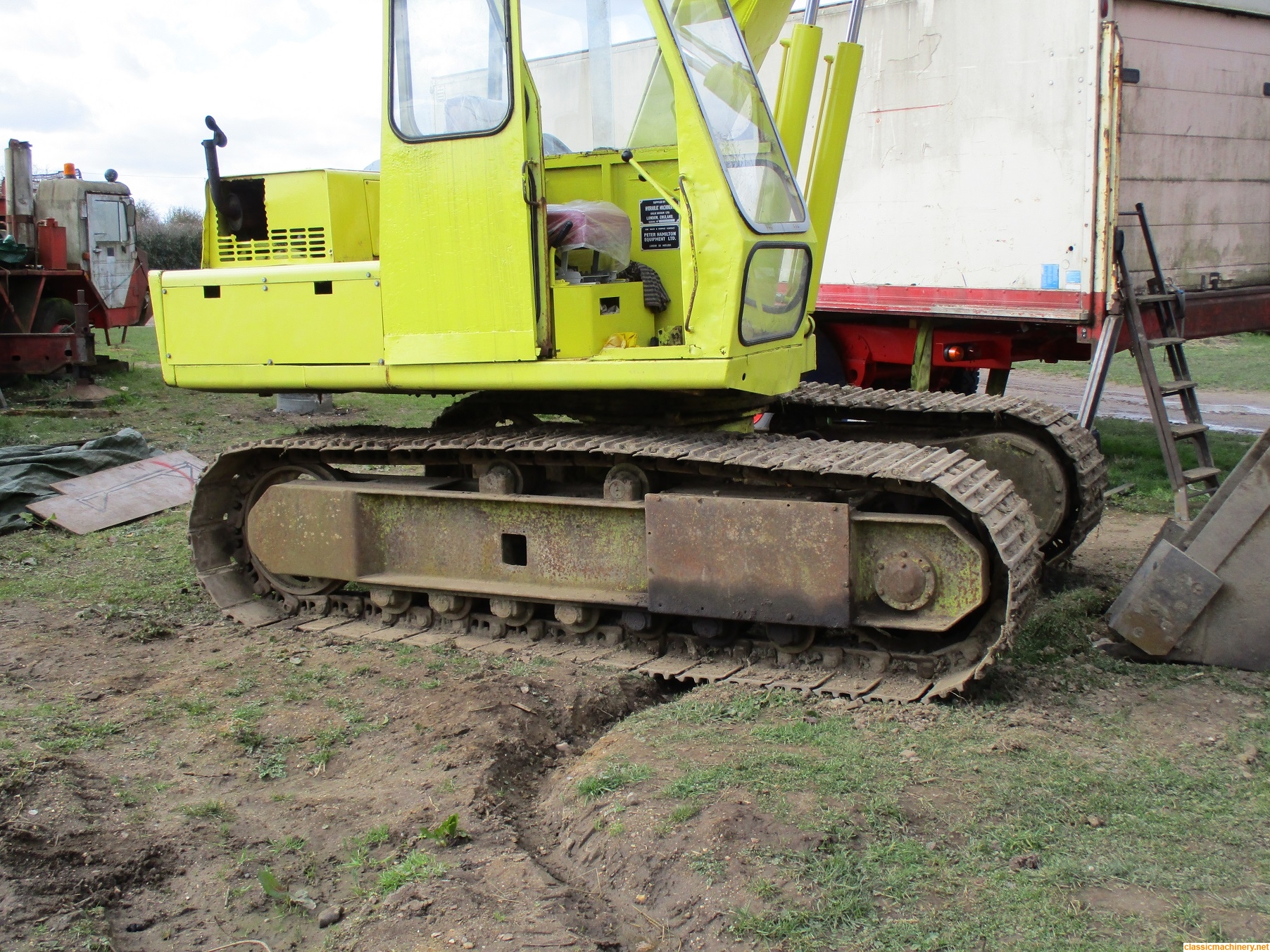 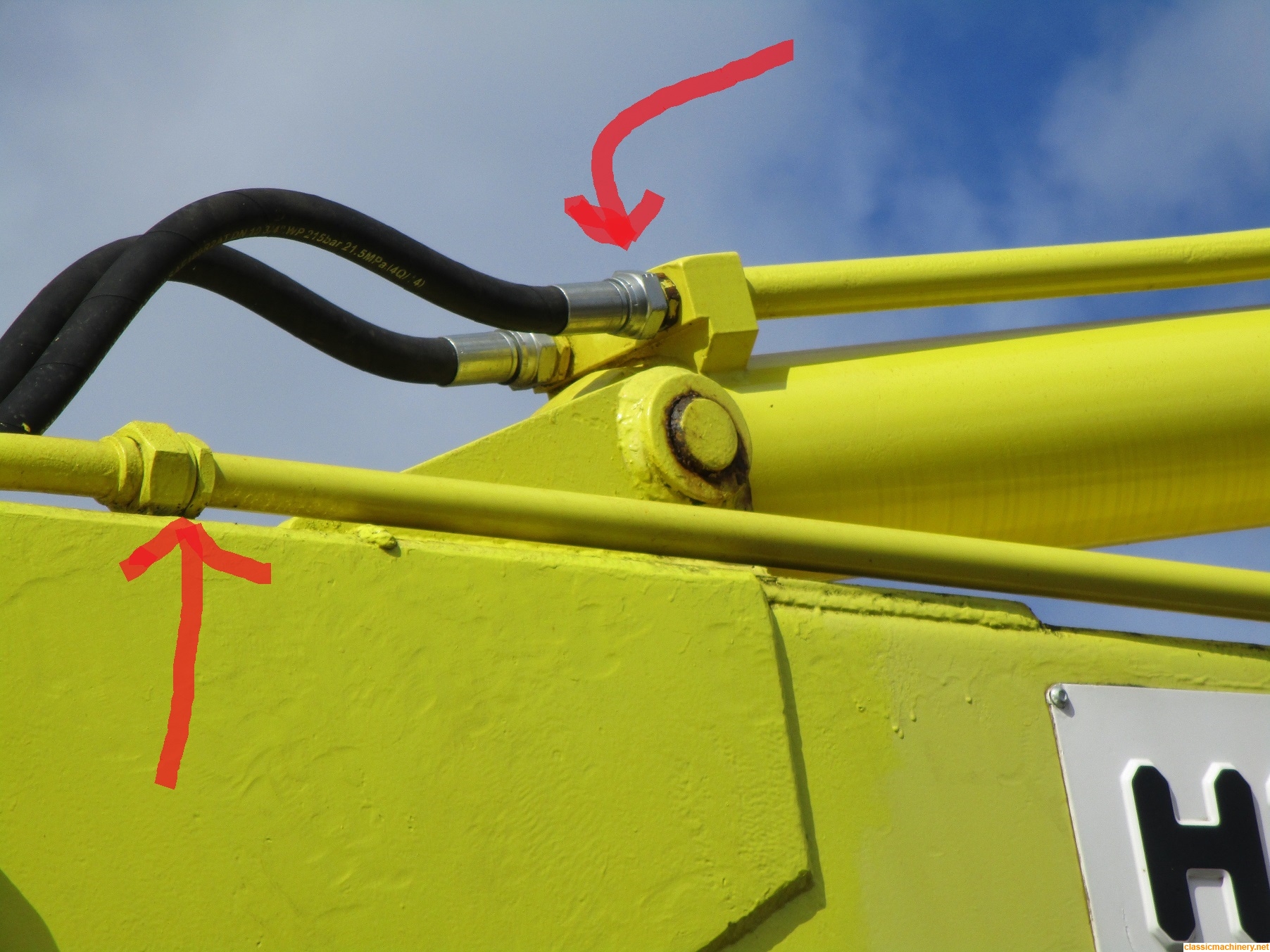 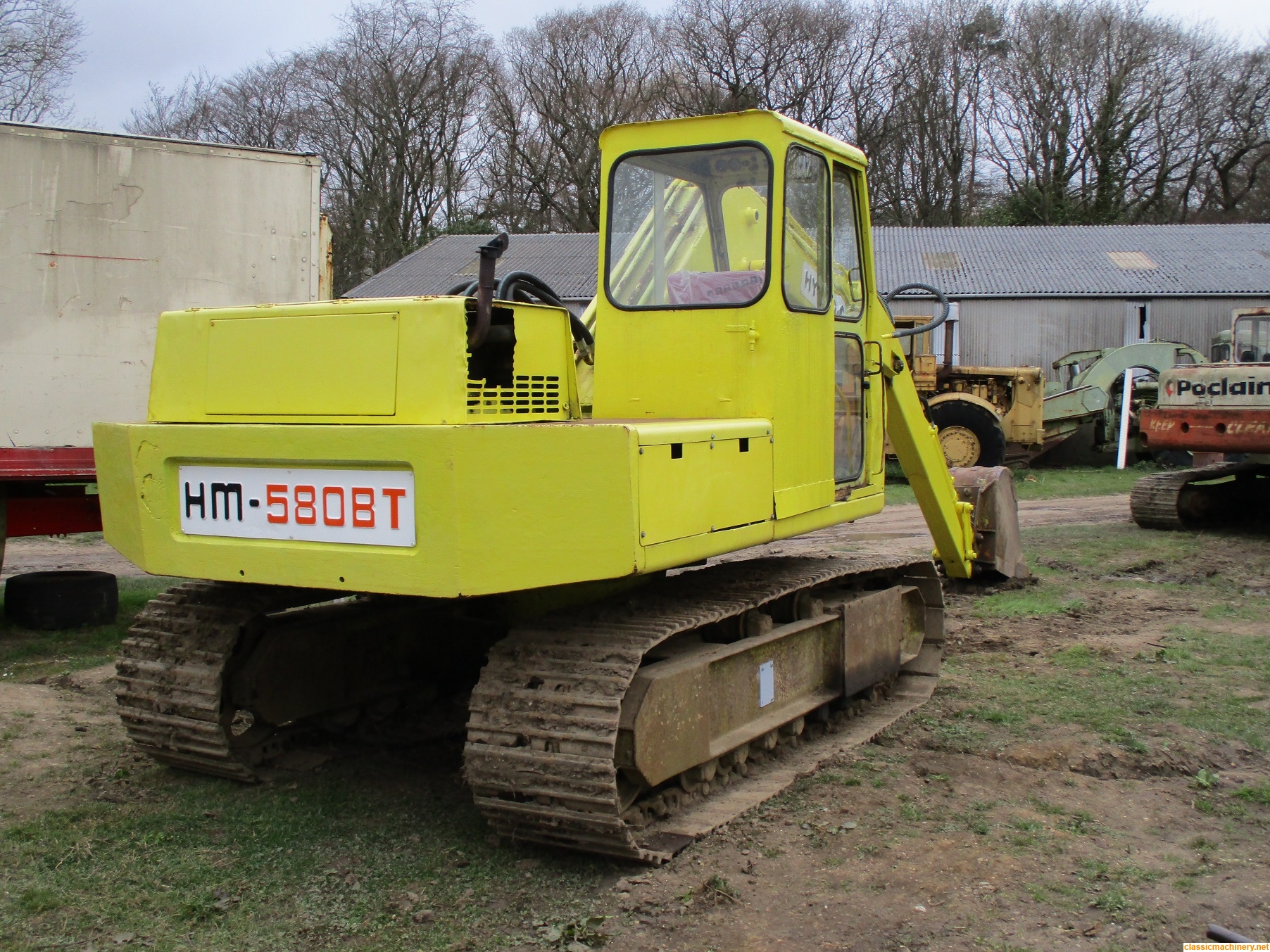 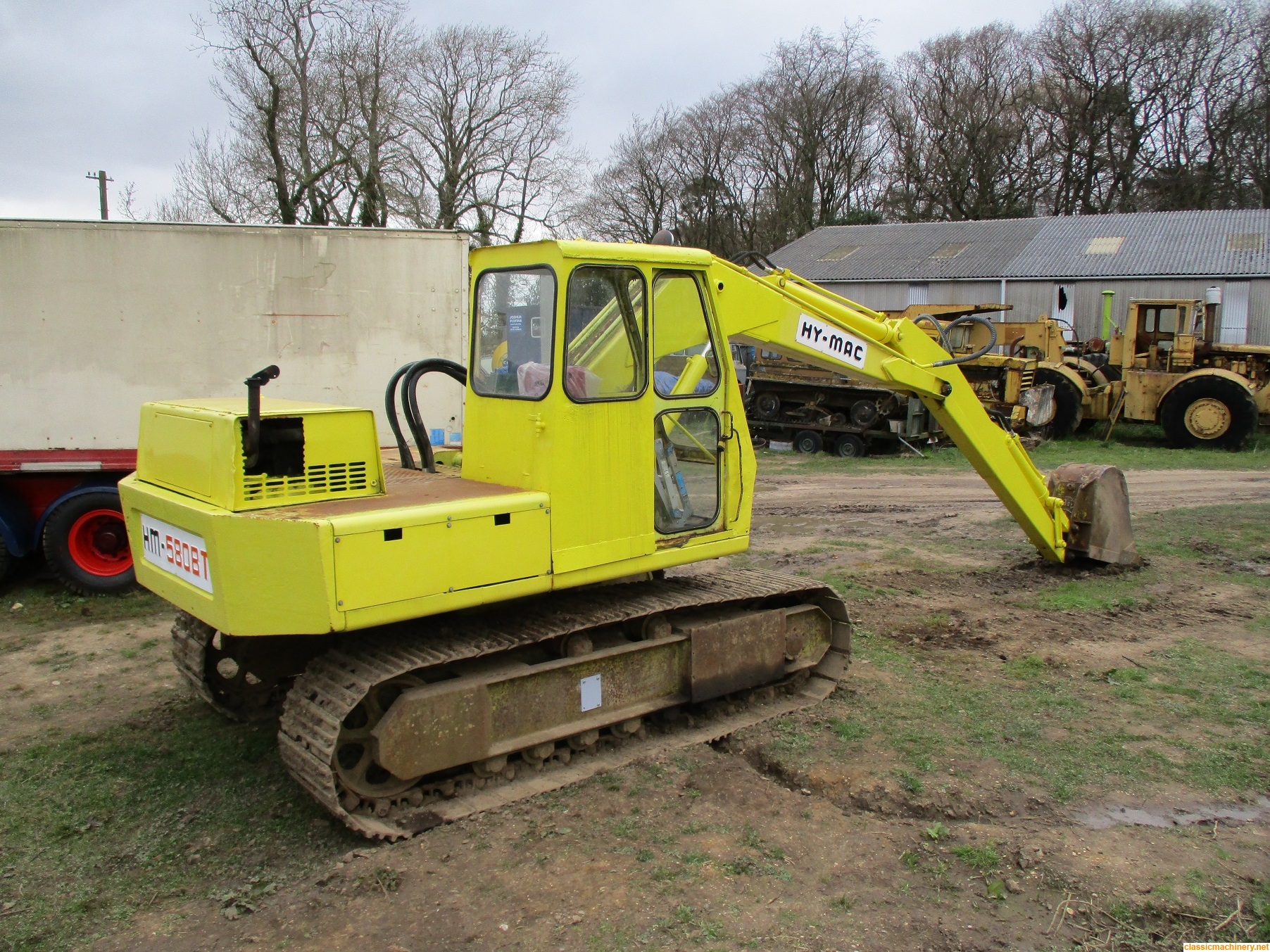 Well having been house bound due to being on furlough and the Covid 19 pandemic, I have not been able to get up to my machines; however now the government is permitting people to travel I made the journey up there.

My first task was to get the machines running as they had not been started since my last visit, that done I focused my attention on the Hymac 580BT, the first thing I noticed was that she has leaked a bit of oil after having been left standing from the steel pipe location and not from the flexi hose location to the dipper ram, trouble was I had not got my large combination wrench up there to have a go at tightening the connection.

I decided to fit two new hydraulic hoses which I have had done for a while now but not had the chance to fit, these are two from the filters to the spool valve blocks, so I got that job sorted, trouble is the current situation has broken my stride so as to speak so I need to get my act together again and get stuck in again. 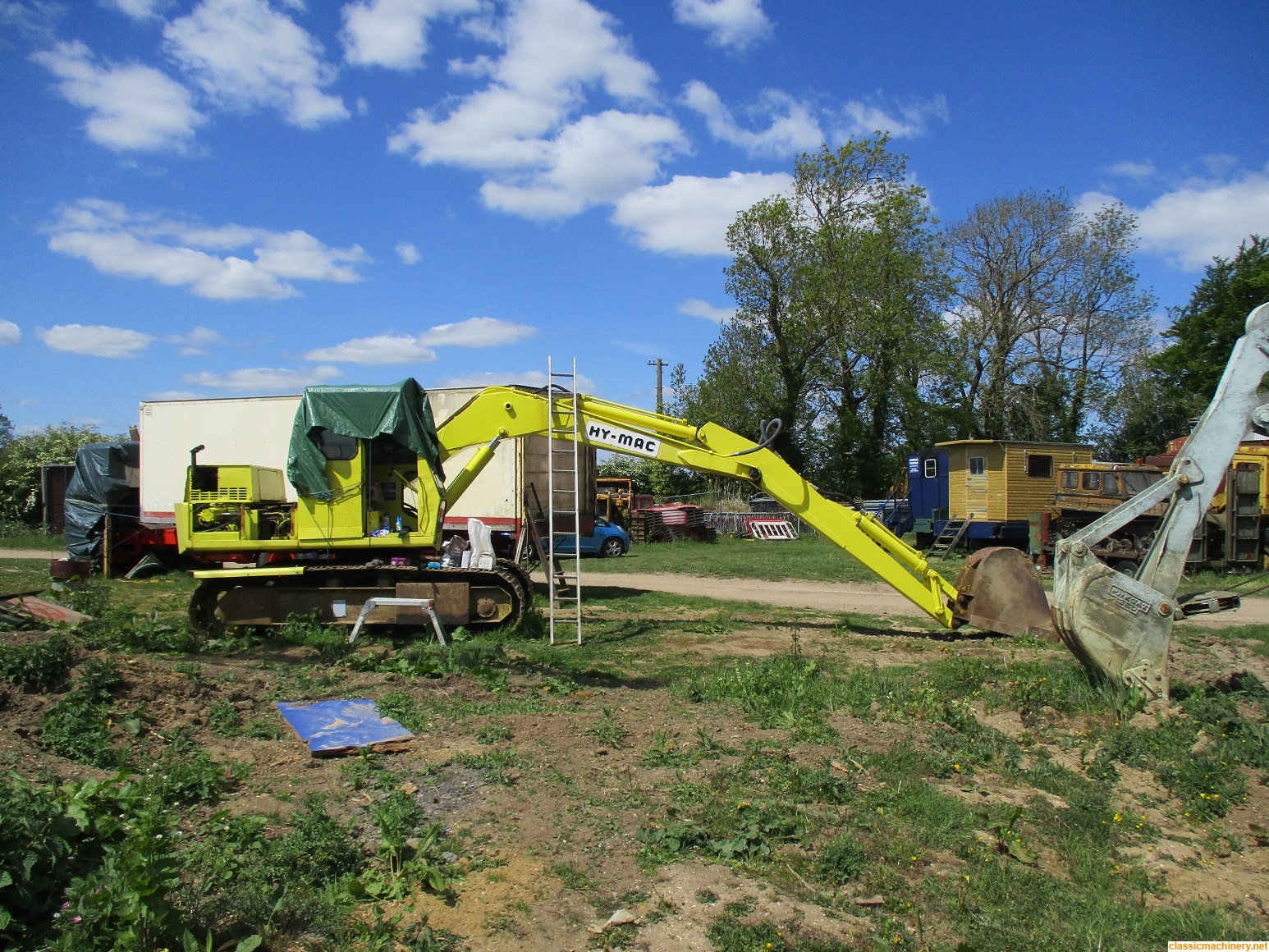 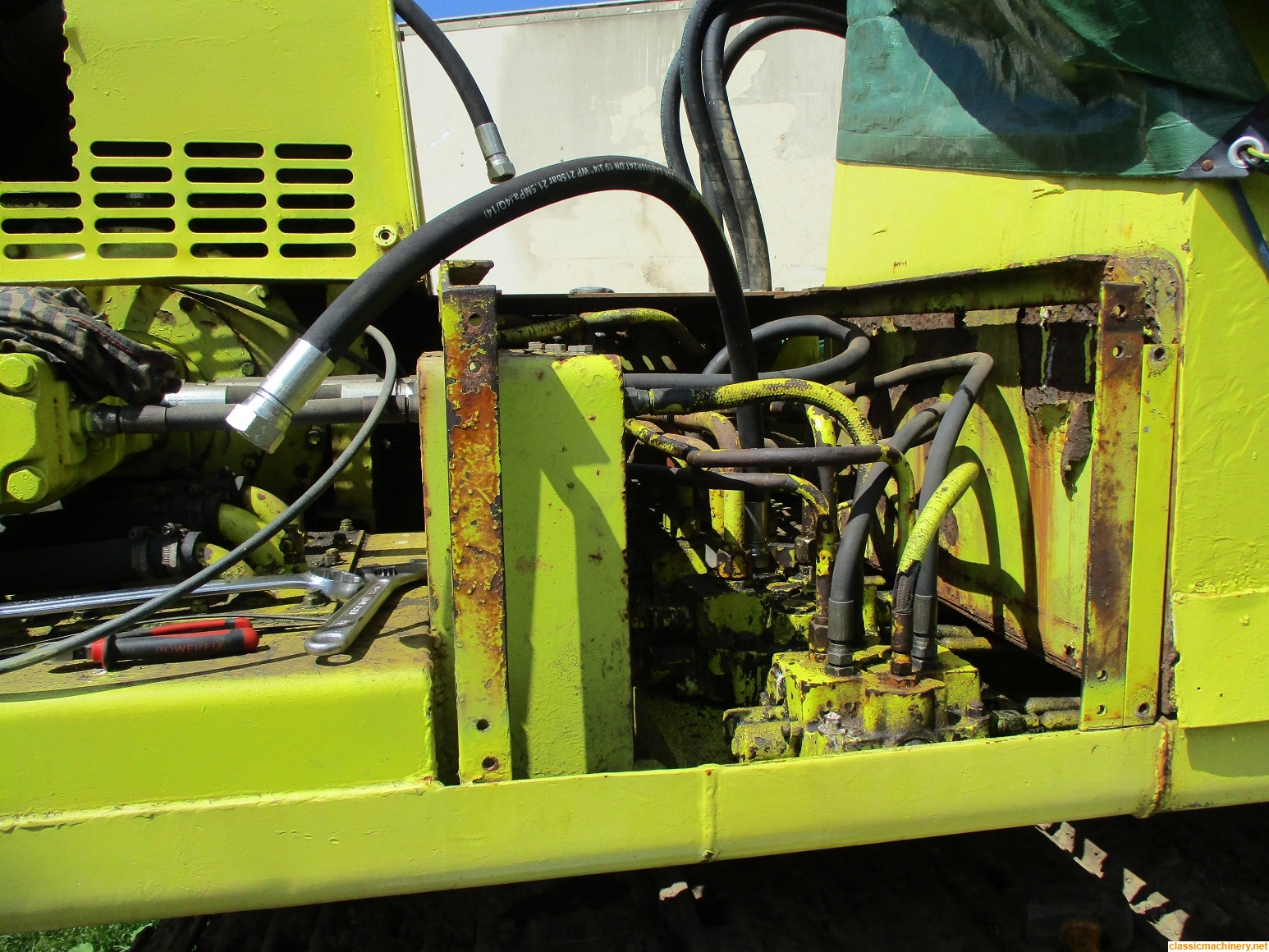 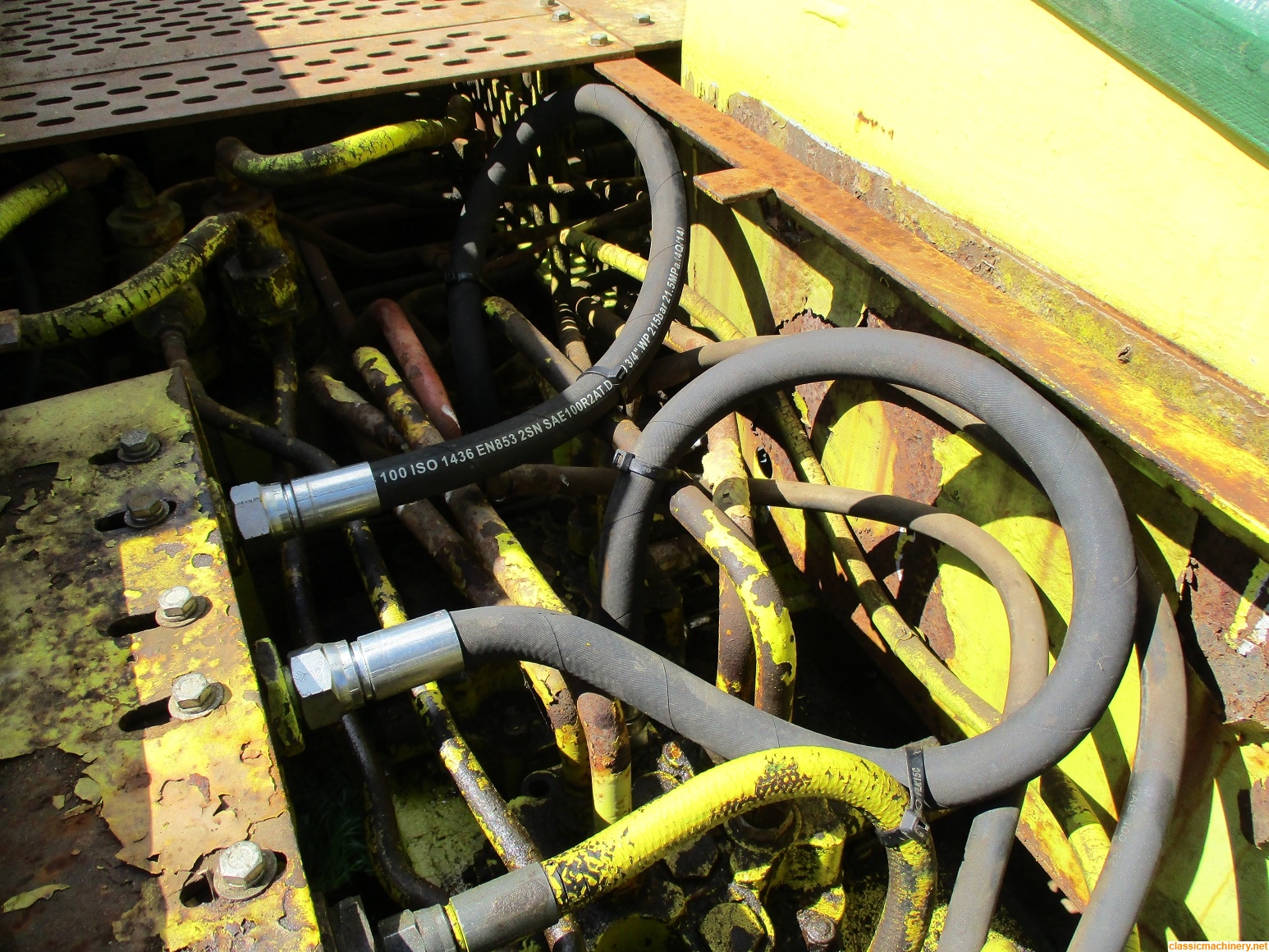 Must be good just to get out Jeremy.
Top

Yes Pete, to be fair I have made myself busy while stuck in the house so fortunately I have not been going out of my mind with boredom, the whole thing has made me do jobs at home which have been on the back burner for far too long.

Another trip was made yesterday and I managed to get into the swing of things; I had three jobs that needed doing on the 580BT so I set about tackling them, first off was the SLRV on the bucket retraction cylinder, this had given issue during the Feb working event so as I had a spare second hand one I fitted it, the one I took off must have had a spring fail as I could push it in by hand, so job one was done.

Next on the agenda was the leaking steel pipe connection, having spoken to Tony Flint he advised me that the best way to tackle the issue was to disconnect it, clean it up and use some Loctite on the mating surfaces which I did, plus I used some PTFE thread tape on the threads, I needed to use a ratchet strap to draw the one pipe in to enable me to connect it as it had sprung out, that was job number two done.

Finally I fitted a wiper motor, arm and blade to the front windscreen and got that wired in and working okay, so all and in all it was a successful day. 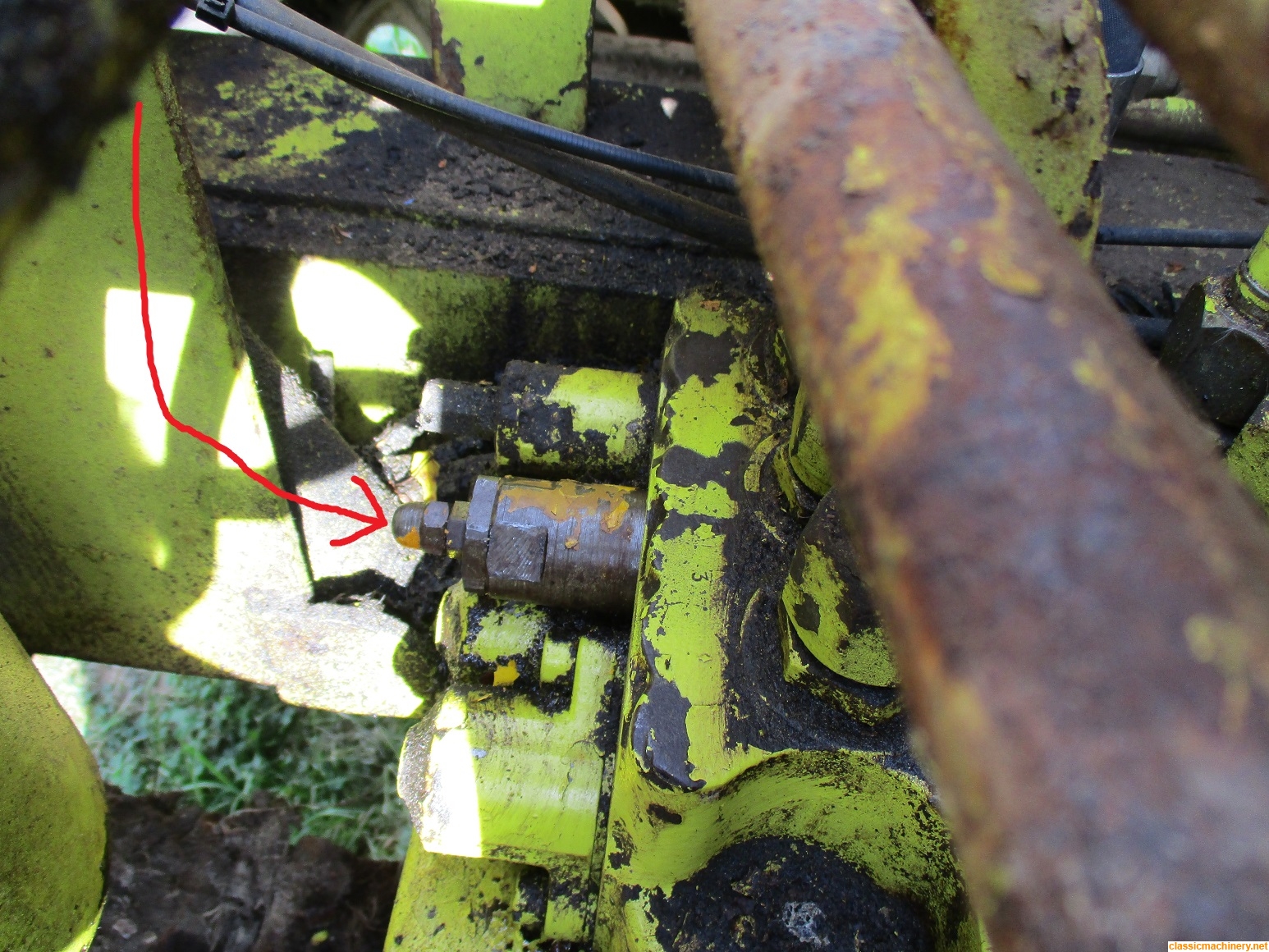 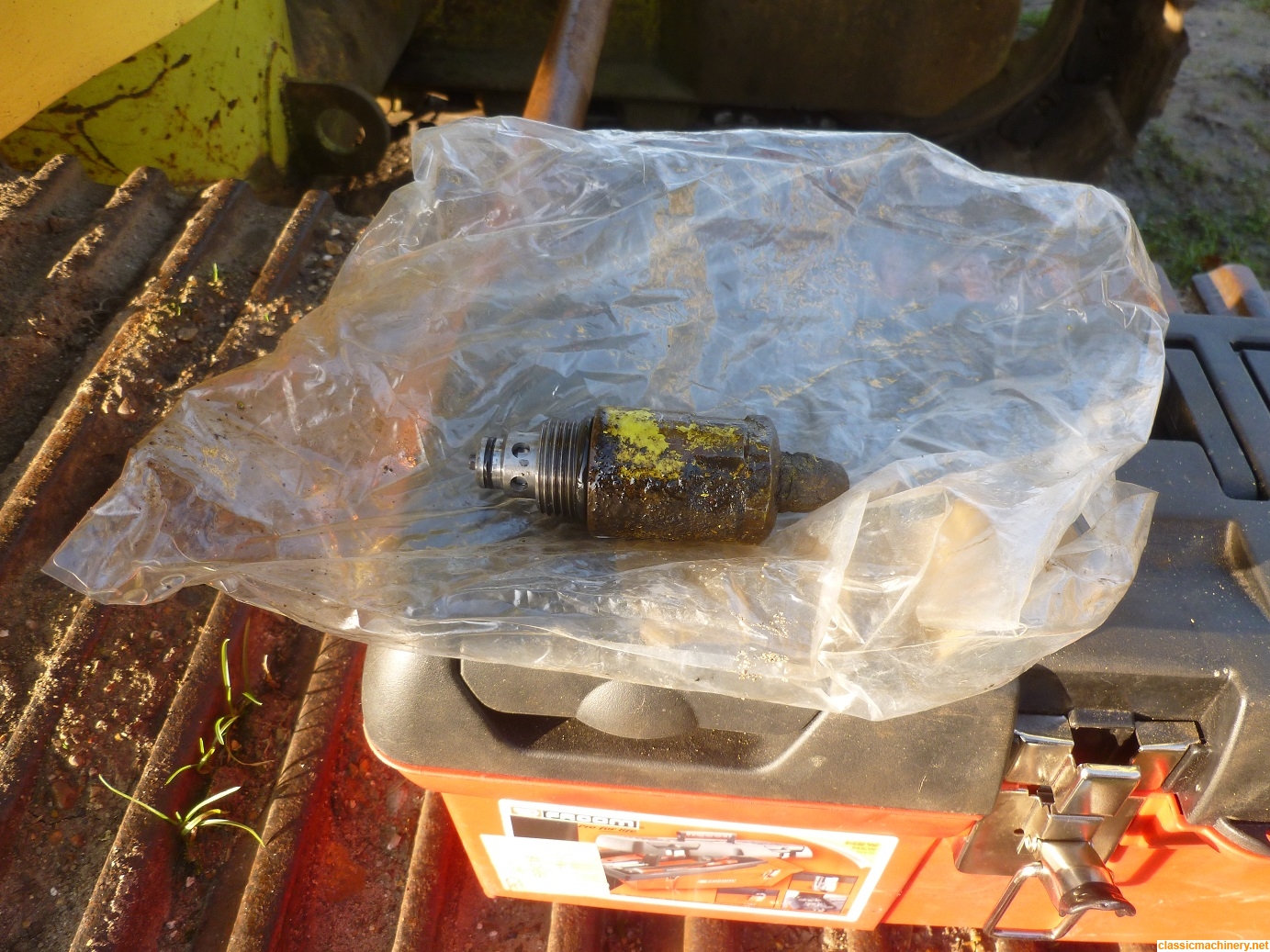 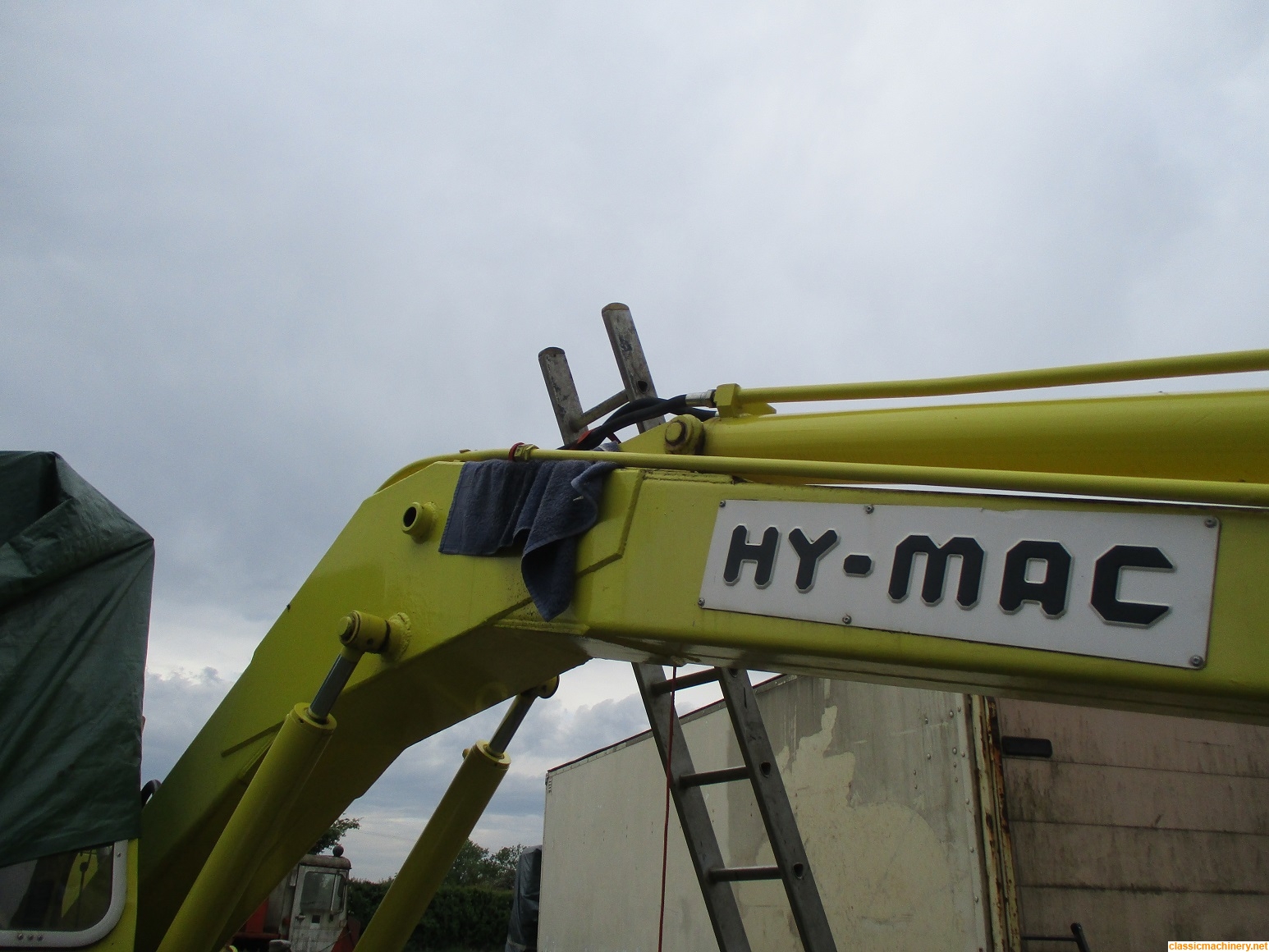 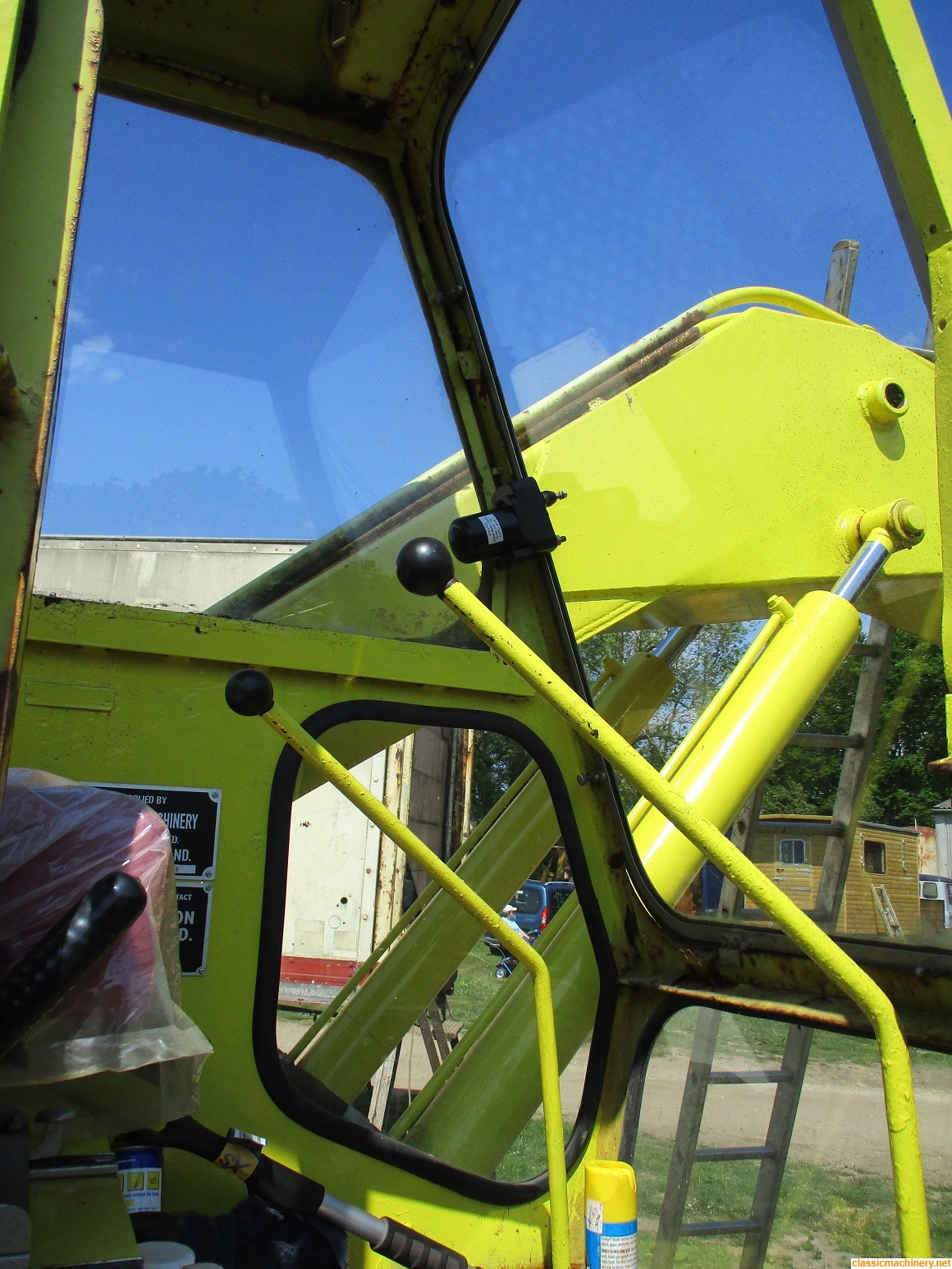 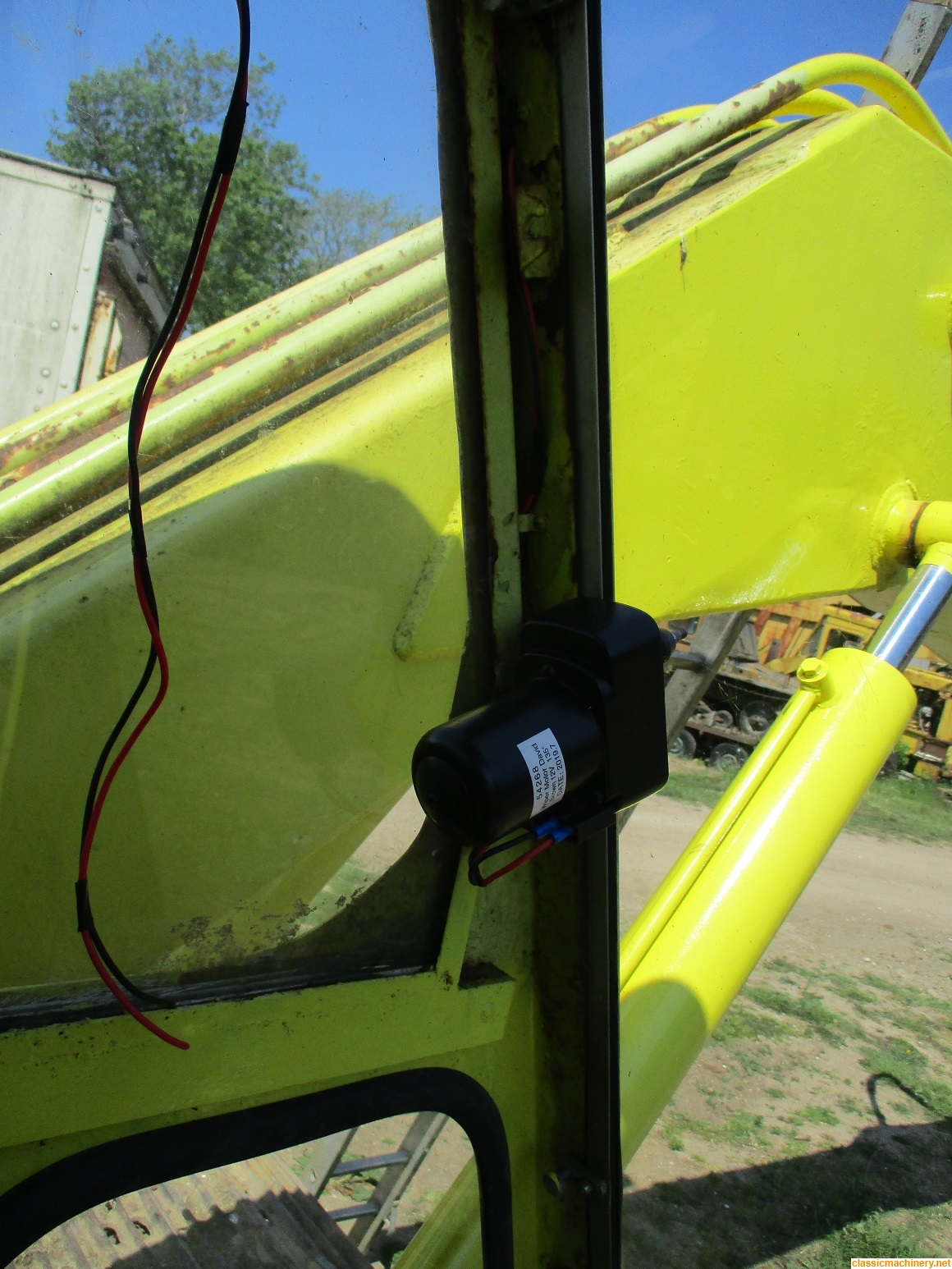 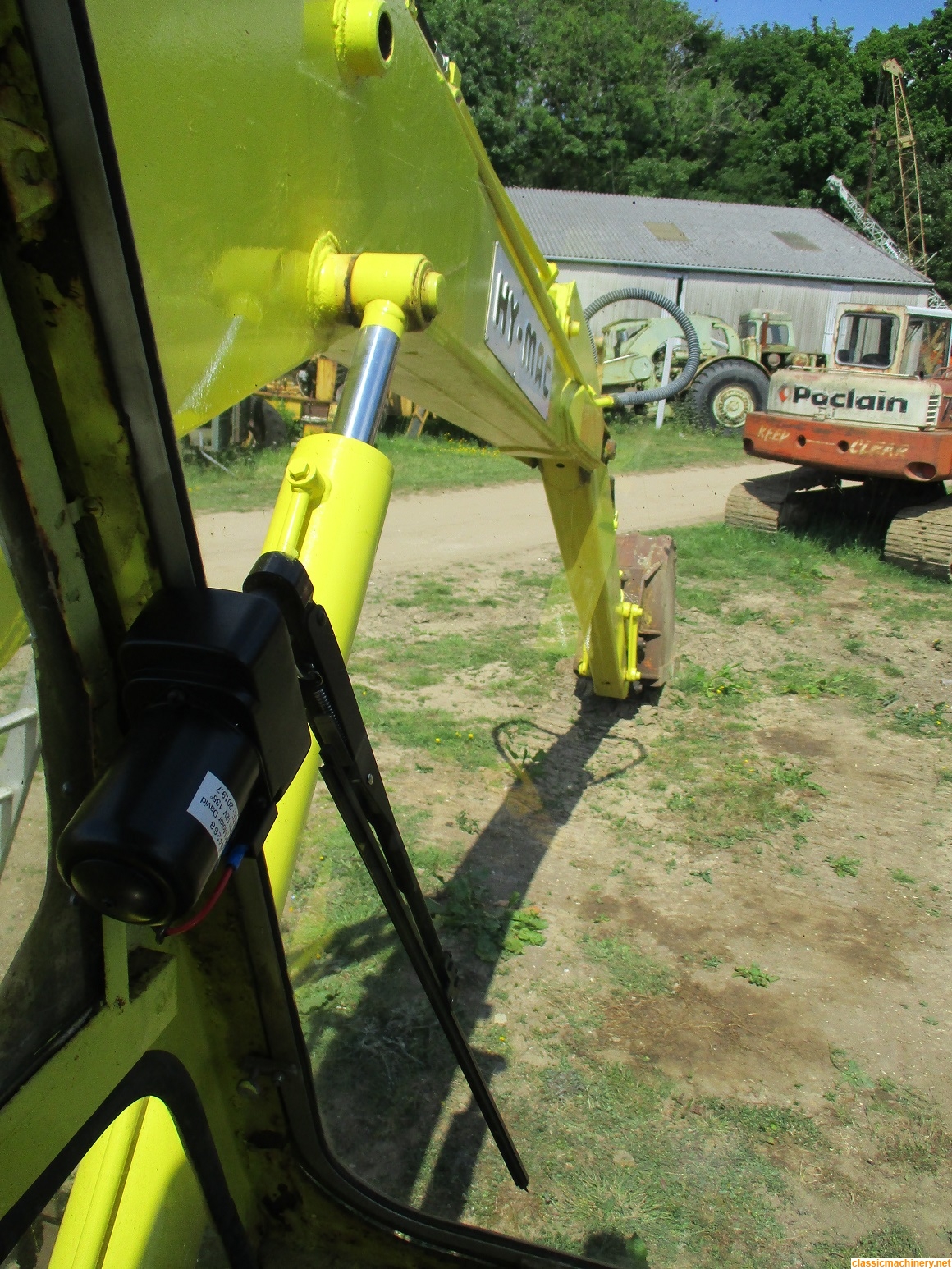 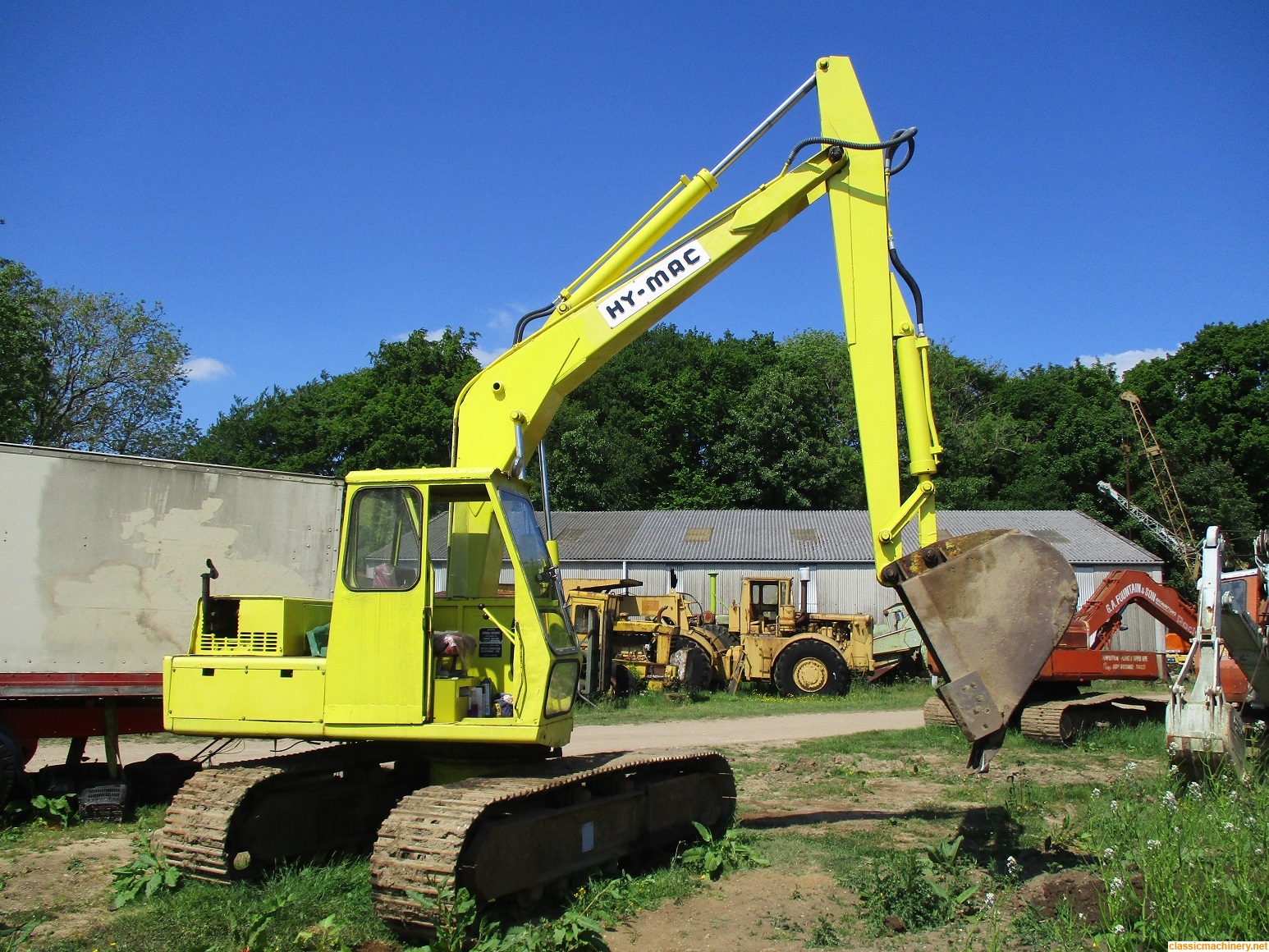 I take it that the engine is running in the photo by the rain cap?
Top
Post Reply
154 posts

Users browsing this forum: No registered users and 0 guests