The way we were

Discuss equipment which does not fit in in the other forums here, like cable cranes, material handlers, drilling, piling and screen equipment
Post Reply
482 posts

Hi All,
Back last year Brian posted that this thread reads like a book. So perhaps I'd better write another chapter.
Call it "A day in the life of a plant fitter."

It was Easter Monday 1970 and I was working for Cardiff Plant Group who then ran 480 machines.Andy Burns, the yard foreman and I were
in work to cover any problems with the several machines which were working that holiday weekend.

No sooner had I arived in the yard when I was called to go to The Imperial Smelting Co. works at Avonmouth to do a welding repair on a hydraulic pipe on an Allis Chalmers TL20 shovel. (For those who don't know, the TL20 was a 2 cu.m. wheel loader with an AEC engine).

I had completed the job and was just getting back into Cardiff when Andy called me on the "AirCall." " Quick as you can Fred," he said we have to go to Bath, I've had the Bath Police on. We'll go in my van he said , insisting that his Morris 1000 was faster than my Bedford CA.

The company was then carrying out flood prevention works on the Bath Avon , reconstructing the Putney Wier together with other works up and down stream of the Historic Putney Bridge. 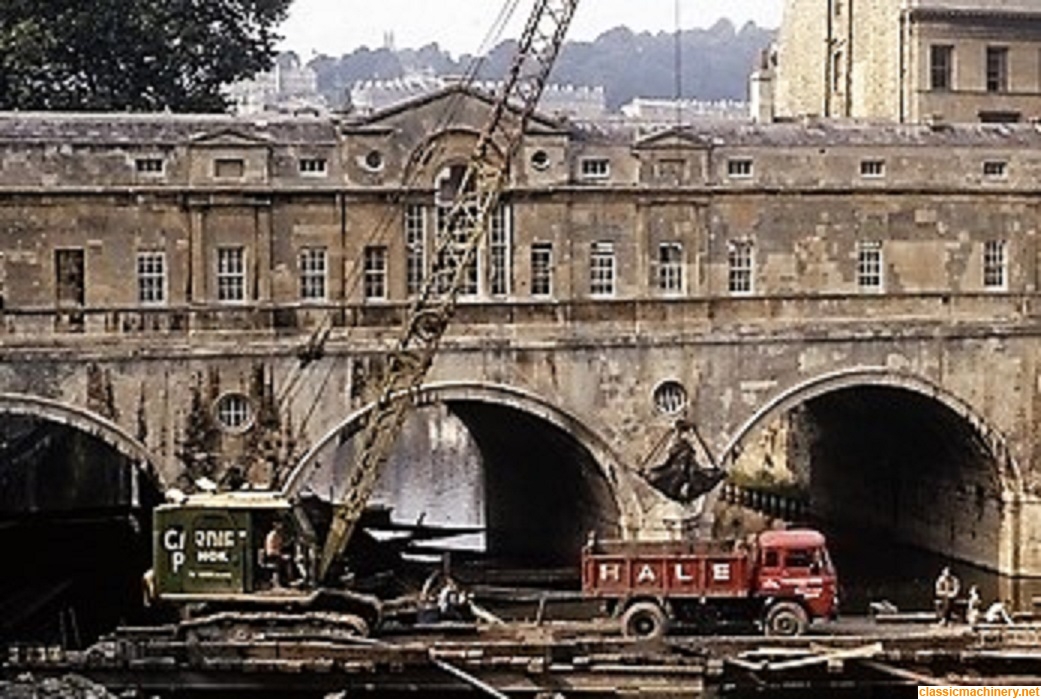 When we arrived we discovered that an NCK 305 on a float upstream of the historic bridge had come away from its moorings and floated out from the riverbank. It was in mid stream tethered by one remaining rope and threatening the bridge.

I used a rowing boat to take a rope out to the float where I found the NCK, which was rigged as a crane, still had a drag rope on the second drum. I started and turned the crane to face the wharf and tied the rope to the drag rope socket. Andy tied the other end to a spinghanger on the Morris 1000. He pulled the drag rope out with the van and secured it to a convenient bollard on the quayside. I was then able to winch the machine and float to the quay under its own power and lock it there with the drag brake.
Below is a pic. of that machine safely moored to the opposite bank and another pic. I have found from that job. 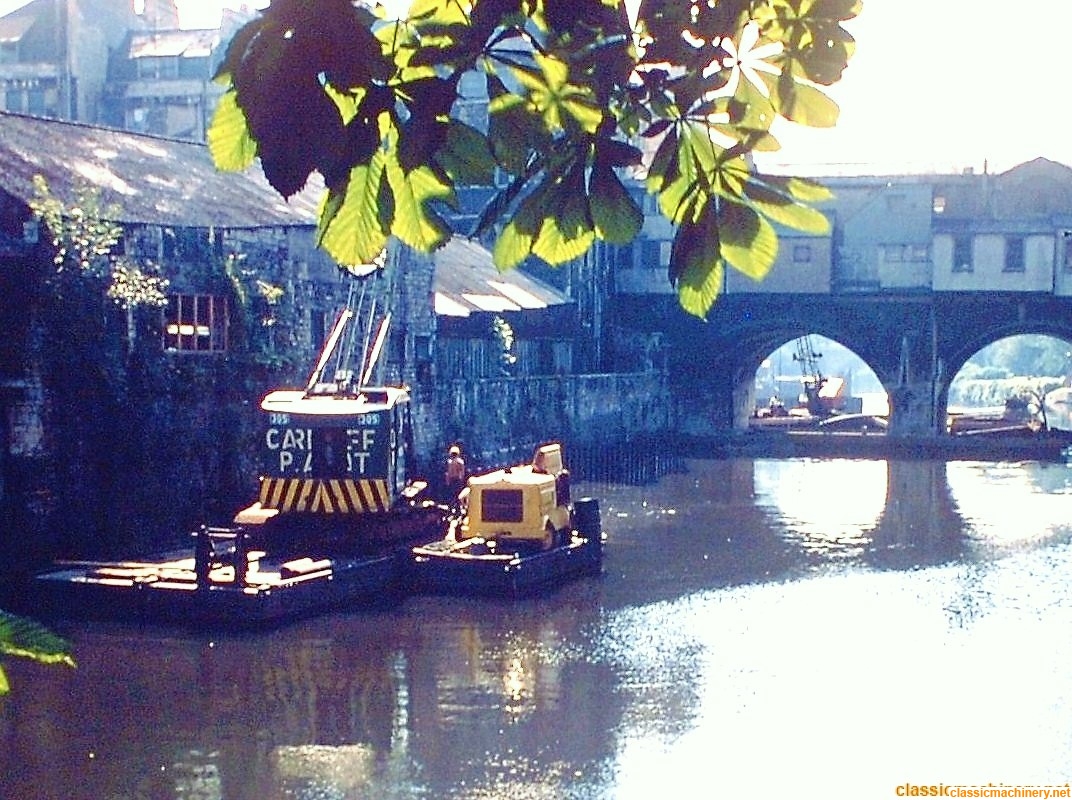 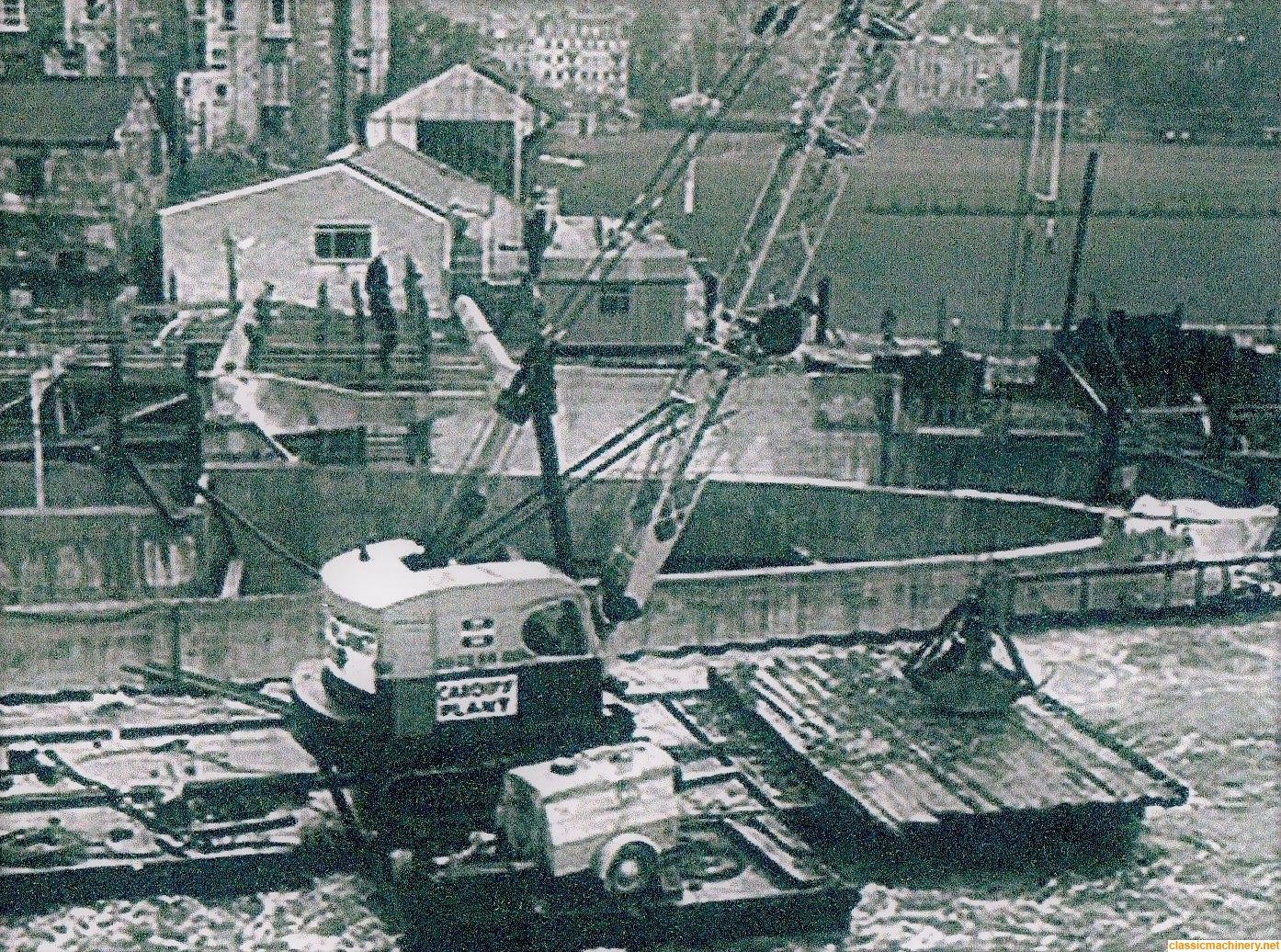 I don't know how we would have managed these days perhaps we would just have to let the disaster happen. I had no formal training in the use of a rowing boat, no life jacket or PPE nor did I have a ticket to drive the NCK. In those days experience and common sense was all we required.

yes I'm sad to say gone are the days of common sense and experience no wonder the skilled people are no longer around they are wrapped in cotton wool instead.
There are inevitably risks in every job but a bit of common sense goes a long way! In my own way I have taken endless risks when I worked on the trucks but that was the way that the job used to be done. 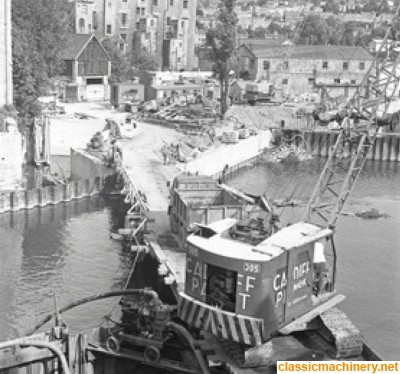 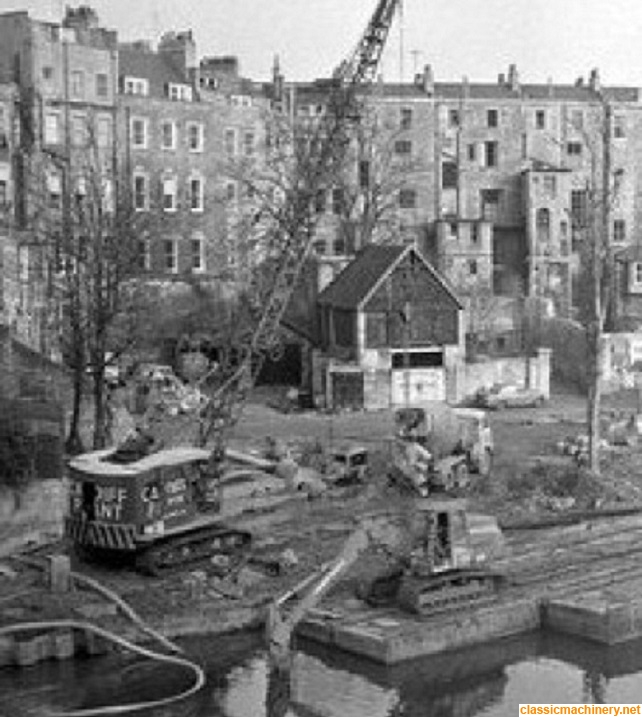 Shovelman wrote:The trucks in the next to last photos are in fact Belaz'. Model 540s to be exact.

Now I've got a question; what kind of shovels are shown in the last photo? I've seen other photos of machines with this style gantry, but have never seen a name. Could they be Babcock or Blaw-Knox? If anybody knows for certain, please let me know?

Hi,
An old Dowsett man wrote on their Facebook page that Belaz would have had to offer a "Buy two get one free" deal to anyone who wanted to keep two running.

The face shovels in the last pic are American built North West machines. I worked on one in the 1960s.
I think North West were taken over by Terex.

Another pic of the beast below.

The only excavator Blaw Knox made was a smaller half yard "Insley" design built here in the UK under licence, I worked on one of those too, it was run by Yorkshire based Wm. Pepper Co. who were part of the Hargreaves group.

The Babcocks were Marion designs made by Babcock & Wilcox. I think they only produced the MB47 in the UK 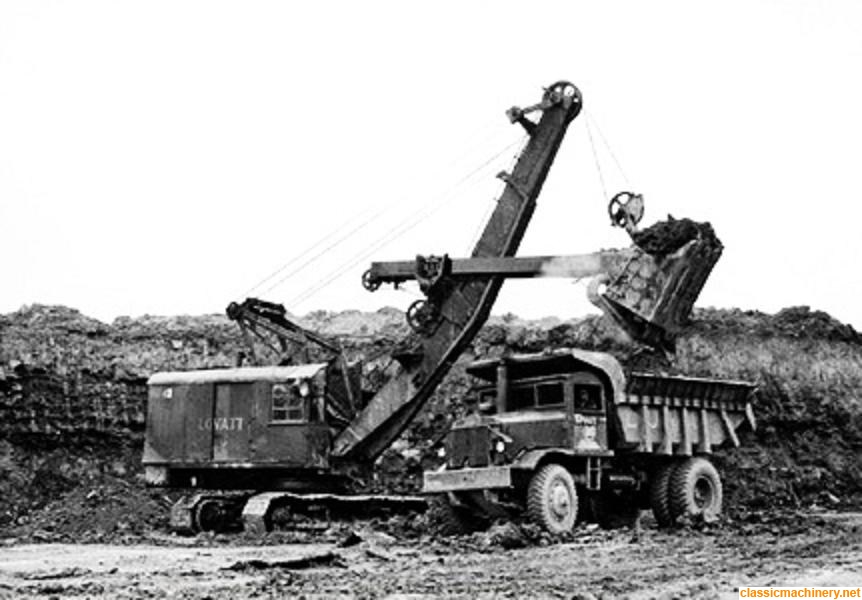 Hello Fred,/Shovelman.
Just seen the thread on Babcock & Willcox, Larry Ryan had two MB 43 s and there was two MB 101s in this area around 1968 and one was in Graig yr Hesg and one was in Trehir Nr Bedwas, At the time the 101s were made in Dalmuir works Glasgow, Both were fitted with Cummins engines coupled to a British twin disc torque converter iirc, there was a twin racking arm arm design very similar to a 54-RB , Both were full air control and pretty reliable but the clutches were of the cone design as opposed to the Ruston parallel type. There was however a much bigger Marion shovel down in Llanybie and it was a 181.
Top

Hi Graham,
Good to see you posting here again and to see you at Barry's on the 10 RB a couple of weeks back.
A very interesting post. There were only two Marions that I knew of in South Wales. There was a 33M at Penderyn Quarries, that was a 3/4 yard machine with full air control, (pics below). 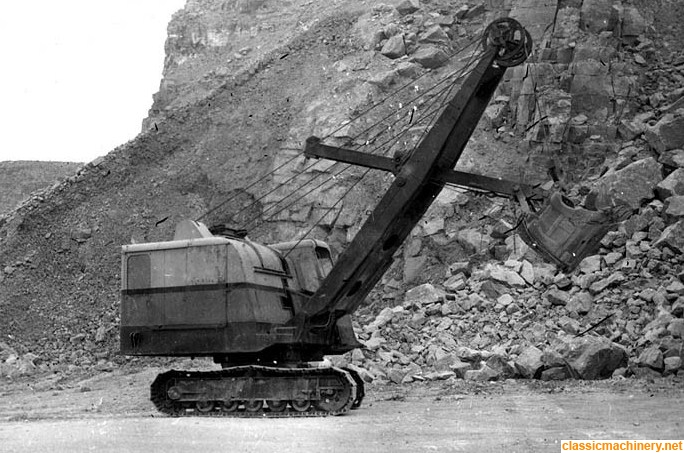 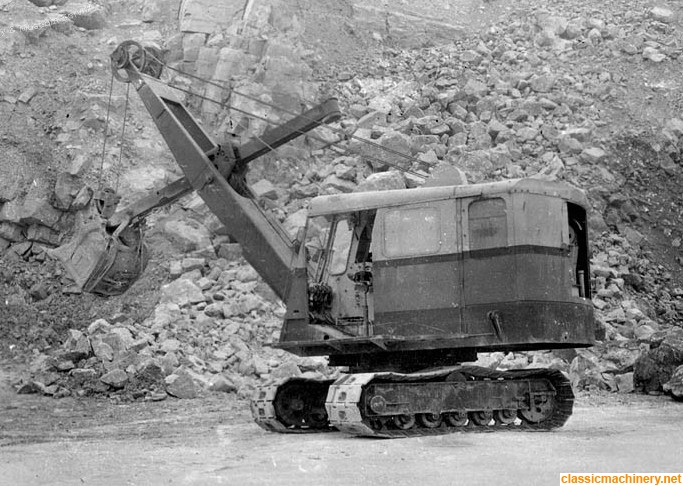 The only other was a 111M on drag at Dowlais Top circa 1960. She was in McAlpine green livery and I remember Wynns low-loaders taking it up there. They had two Diamond Ts push and pull taking the main lump. I beleive it would have swung a 3.1/2 yard bucket and had two GM 671 engines.
You mentioned Ryans so here are a couple of their RBs working over at Derry. 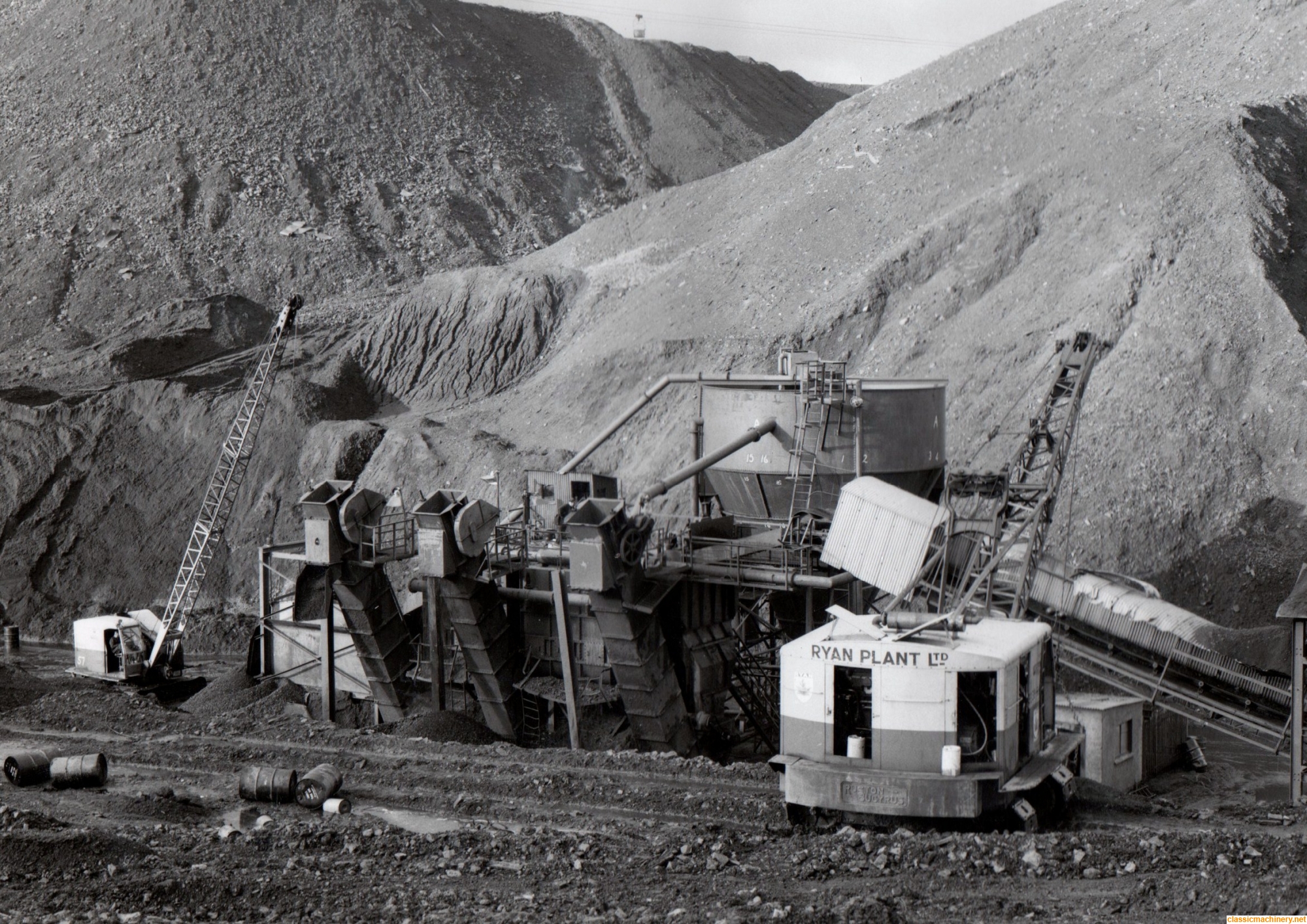 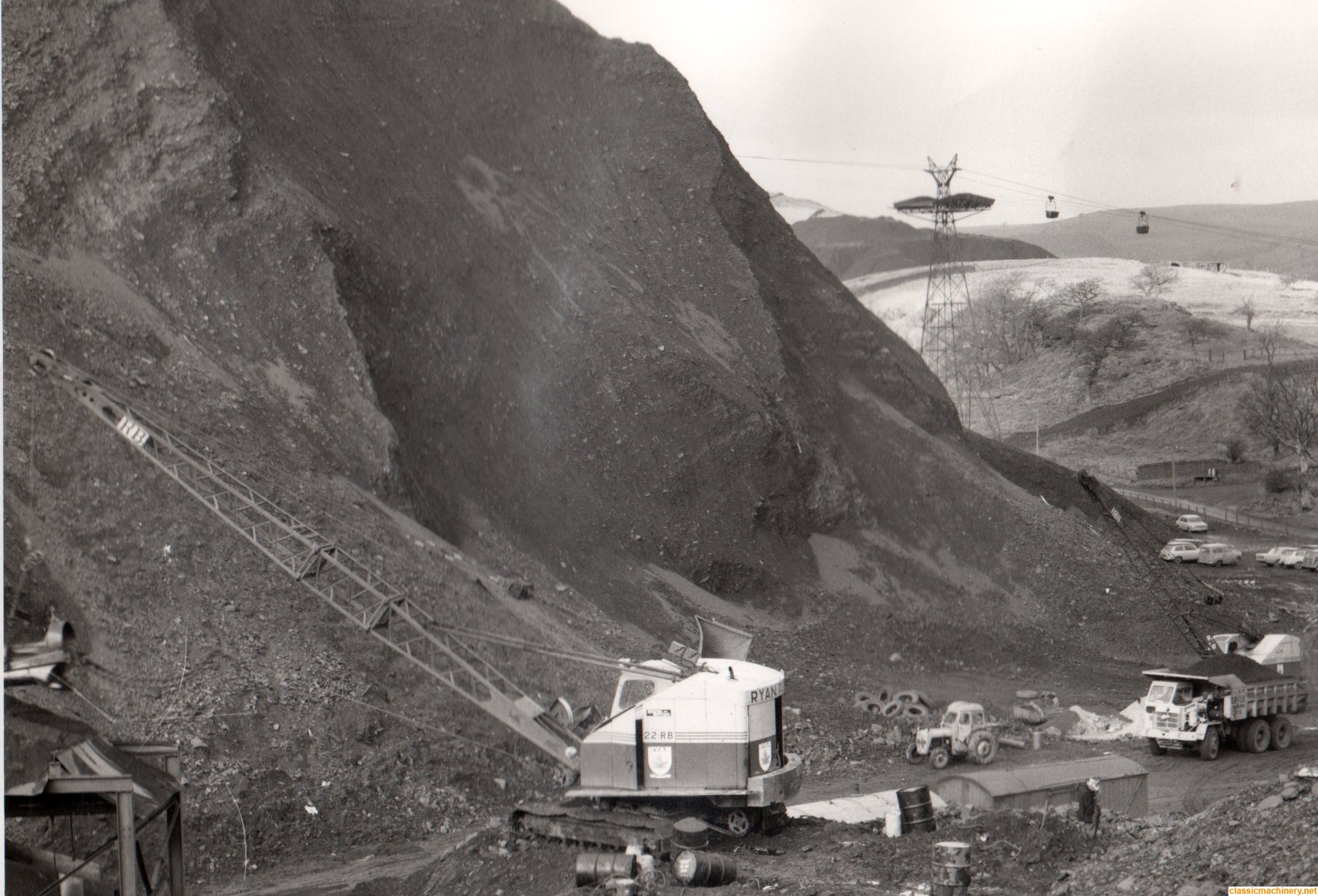 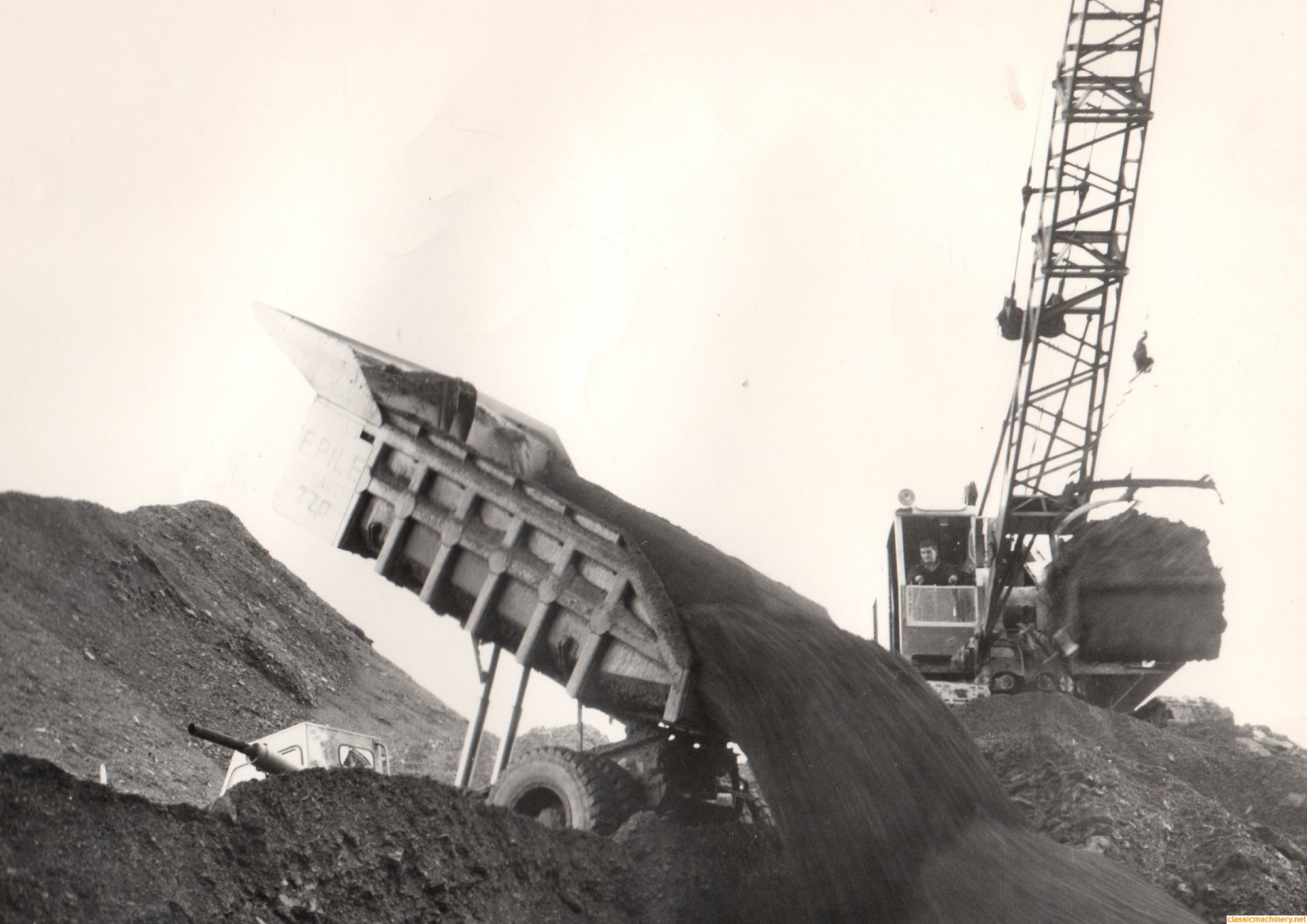 Craig
Not all those who wander are lost.
Top

Hi, just a few picks from way back. 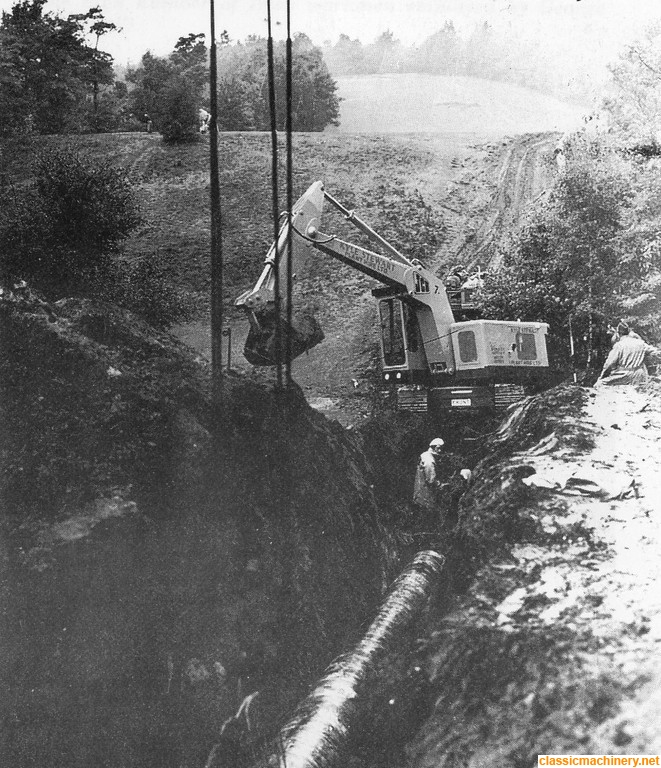 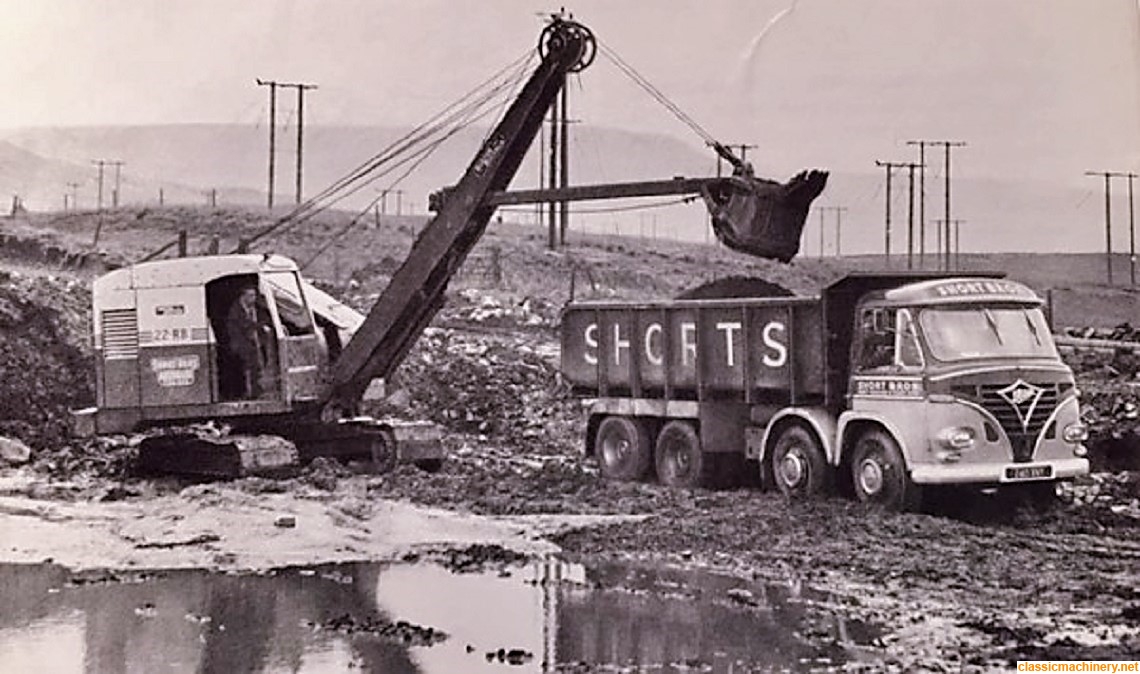 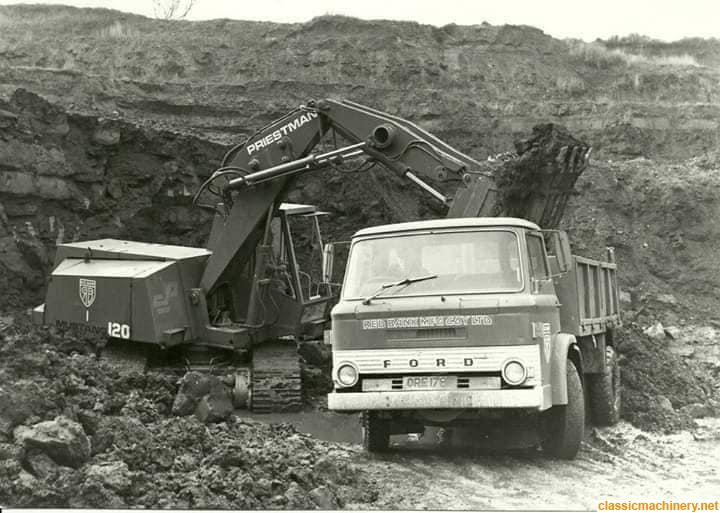 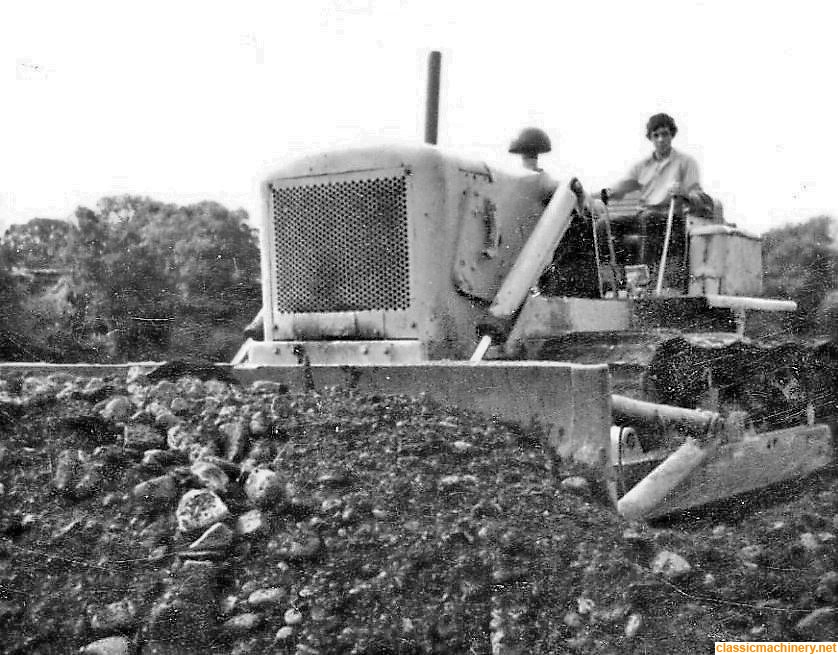 My 15 year old son on one of my Challengers before HSE, when common sense prevailed. 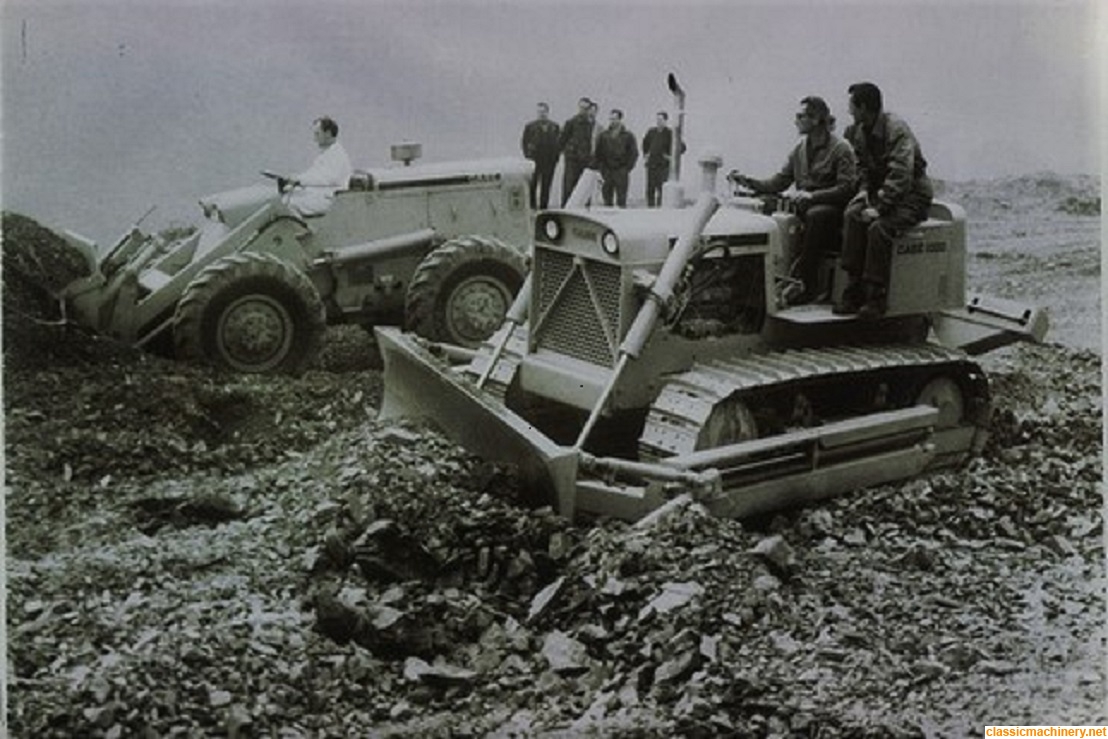 Case W9 shovel and 1000 blade. I drove both models circa 1964, (brand new), Note the hydraulic blade angling and tilt. The tilt ram is on the far side of the pic. 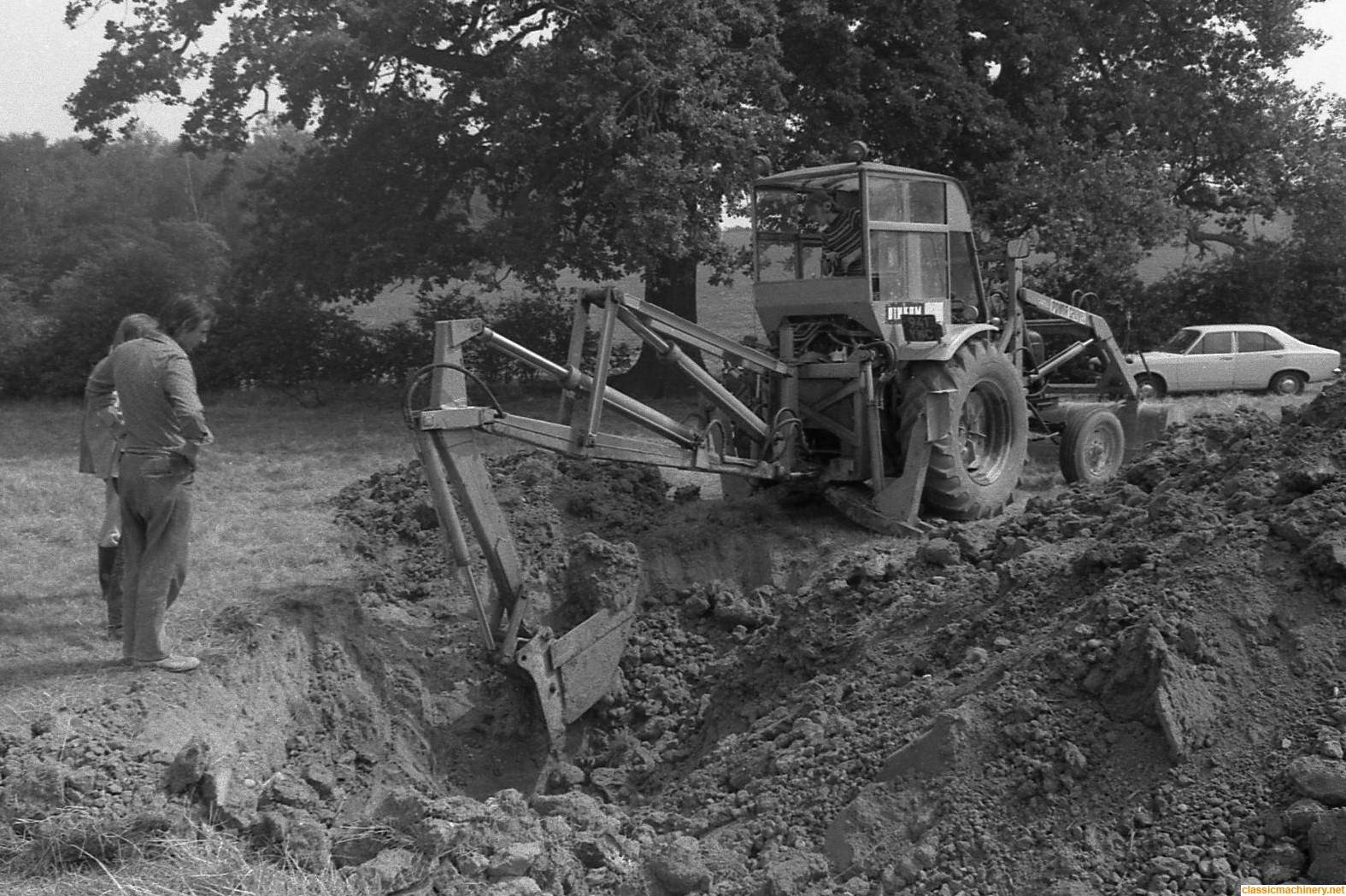 I don't know much about the Case dozers in the fourth pic down except that Matchbox made a diecast model of them which I had as a kid.