i have just read the input from neil milward from saville tractors. in this he mentions parts arriving for a dresser 970c. this was sent to ratcliffe power station nr nottingham.i started at saville tractors at attenbough (nottingham) as a fitter in 1988 just as this was put into service. through the years i ,and fitters from both attenborough and bearley depots looked after it.we have worked on this machine many a time through night to get it ready for the day shift. this dresser did work a 24 hr shift . in my time with it i have had both diffs out of it several times, it has twice had full overalls of all hydraulic system , once at bearley and once at ratcliffe station with me and my mate from coventry working 12 hr days for about 6 wks to strip off all rams, brakes , cummins engine out and zf transmission. and then reassemble. around christmas time the senior engineer at the station insisted the engine must go to cummins i think at leeds and the tranmission to zf at nottingham for overall. why at that time of year when demand for power was high i dont know. although it was a wheeled machine it did have a blade fitted that was nearly as big as a goal mouth . with a wet weight of about 100ton just to get each 5 ton wheel off and supported off the ground needed some careful planning.although i was with saville tractors for nearley 20 yrs (starting with hymac, international tracairs, through to moxy and finishing with case i am not sure when the dresser 970 was took out of service, but i did speak to someone years later at the power station who said he was involved in the dismantle and scrapping of the beast. happy days. john riches.
Top

Good to hear from someone with first hand experience of this monster. Do you have any photos of it you could post?

Here is a picture of the 970 fully assembled at Saville's premises at Bearley taken in March 1988. 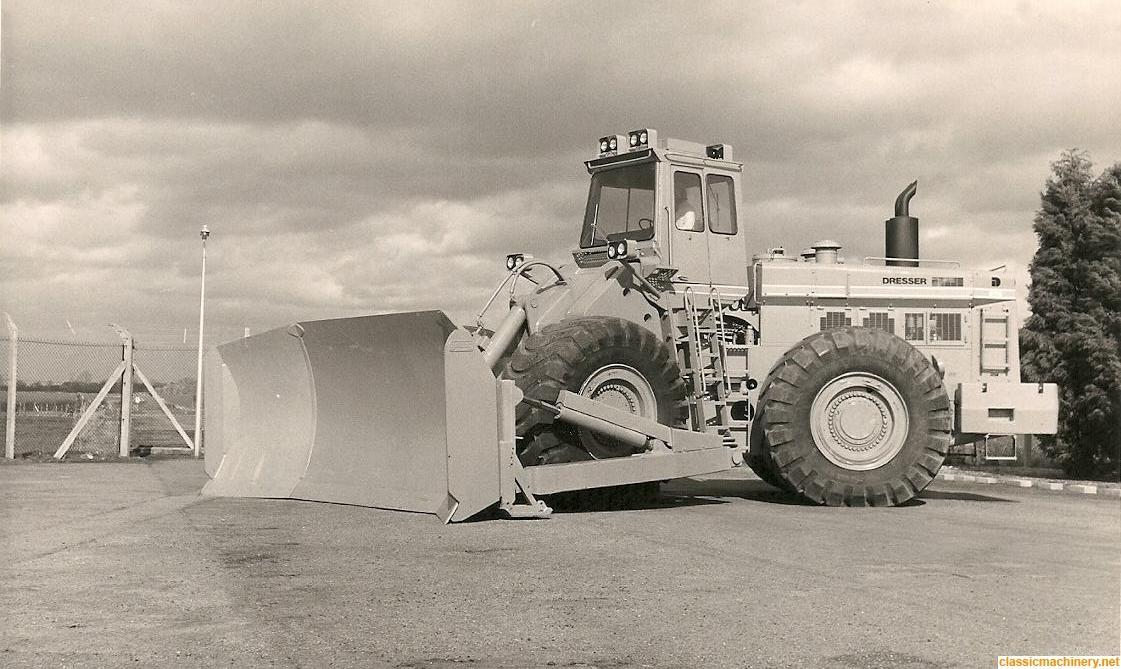