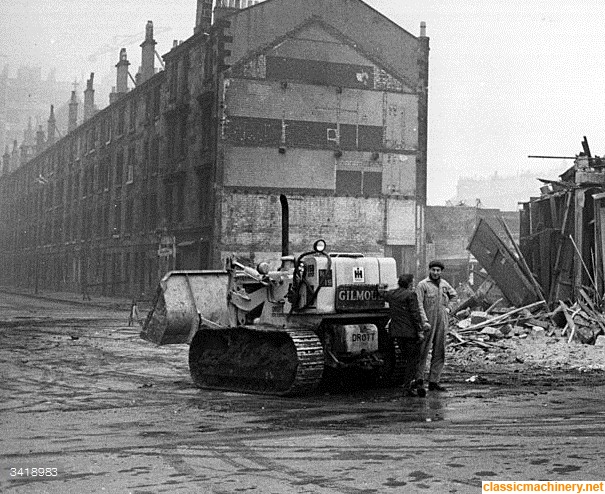 Amazing the siz of buildings being demolished with these little machines- 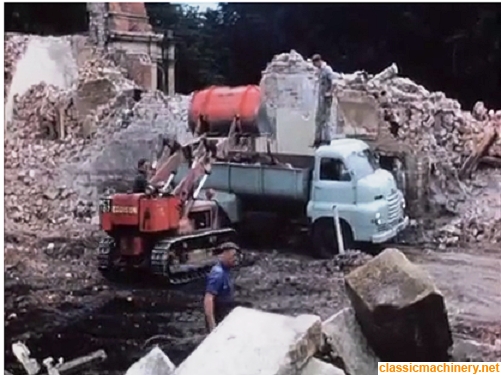 I loved watching them work. Lots of demolition where I lived in the late 60' early 70's. Regards 360, they were only in their infancy in those days and not many about, all the demo only had Drotts or Cats in their fleet
Top

Did Drott only make the hydraulic side of the machines, and IH made the rest?
Norm

When I was an apprentice at Saville Tractors back in the sixties the company arranged visits to both the I H factory at Doncaster and to Rubery Owen at Darlaston. At the time of our visit B T D 6s were being built, the ones that were for agricultural use or were to become bulldozers were made with short track frames fitted with four bottem rollers and an equaliser spring between the track frames. The machines that were destined to become Drotts were fitted with longer track frames that had five bottom rollers, a rigid beam connected the track frames and provide a place to mount the loader frame that was to be fitted. The machines were then sent to Rubery Owens to have all the loading equipment and hydraulics fitted, these machines had a plate fitted on them stating that the equipment was made by them under licence of the Drott manufacturing company. When the licenceing agreement expired the Drott name was no longer used on I H loaders.
Top

Was Drott loading equipment ever fitted to anything other than IH base units? Presume not in the UK but what about in the US. If only fitted to IH tractors world wide, what else, if anything, did Drott make?
I see that Drott were eventually taken over by the same holding company that owned Case so presumably Case loaders used the designs but without the Drott name?
Top

Hi,
Back in the 1940s and into the 50s the tractor manufacturers rarely manufactured the blades or loaders themselves and these were made by companies like Baker, Heil, Garwood, La Plant, Bucyrus Erie and Drott in The States and Bray, Blaw-Knox and others here in the UK.
I believe the first Drott loaders were fitted to Allis Chalmers and later to Cletrac and International.

Drott developed the "BULLCLAM" which was the forerunner of the "4 in 1 bucket" which gave them a considerable advantage over the competition.
Though this could not be used for loading trucks it was very useful for picking up and carrying aggregates etc. on site and
they soon designed a loader to hang it on. 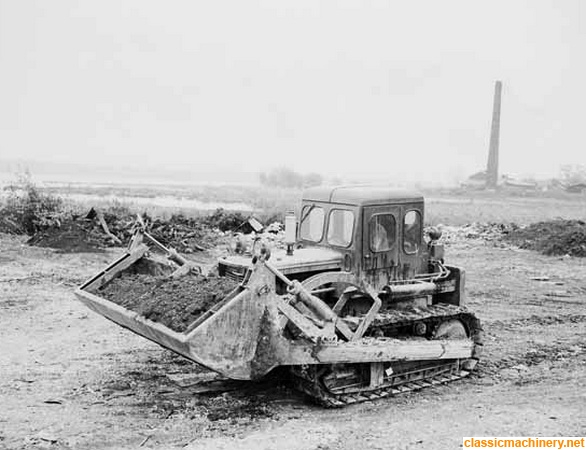 The 4 in1 Bucket was patented and it was years before the competition were able to produce a copy so several other loader manufacturers fitted buckets with the Drott name on them till comparatively recently.

In the States Drott produced a range of other equipment including hydraulic excavators up to at least 3 cu yards, rubber ducks, a range of telescopic cranes and industrial handling equipment.
Fred
Top

Very interesting, my 4 in 1 is a Rubery Owen. Must be 40 years old
Top

XS650 wrote:Amazing the siz of buildings being demolished with these little machines-

Quite often the Drott would be used with a wire rope to pull down sections of a building then , of course there would be a 22RB or similar with a demolition ball.
Top
Post Reply
83 posts