Hi all.
When did the first JCB (Loader and Backhoe) as we know it become available, And what powered it.

would that be the earlier 4d
Top

It was the E1A Major before the Power Major.
William

Not well versed in their history. However,I think the Loadall (loader only)came in '55 after the MK1 JCB backhoe loader,followed by the Hydradigga/Loadall combination in '57.Then the JCB 4 in 1960.
Top

Over to you on the history lesson William.....I wouldn't be well clued up on them!
Top

Hasn't Martyn H got a time line on here somewhere?

edit I see Martyn's is a a later era.

And of course Mr Whitlock beat Mr Bamford to it !
Not all those who wander are lost.
Top

The Major Loader came first in 1949. Joe Bamford on a trip to Norway in 1952 bought a tractor mounted backhoe and apparently from the outset saw the backhoe as the perfect way to compliment the Major Loader and vice versa. JCB make the JCB Trencher first in 1952 based on the Norwegian creation and then replace it with the Excavator. In 1953, the JCB Major Loader/ Excavator goes on sale with the option of a counterweight should a Major Loader not be needed or not within budget. Instead of the counterweight some had a compressor. In 1957 the combo was changed because the Excavator was replaced by the Hydra-Digga and so would have been a JCB Major Loader Hydra Digga. In 1958, The JCB LoadAll replaced the Major Loader. In 1959, things were updated further still. The LoadAll became curvier, less angular in appearance and stronger. The bonnet was changed and a new grill. In 1959, yellow now was the only colour. In 1958, Red and blue were the predominant colours. 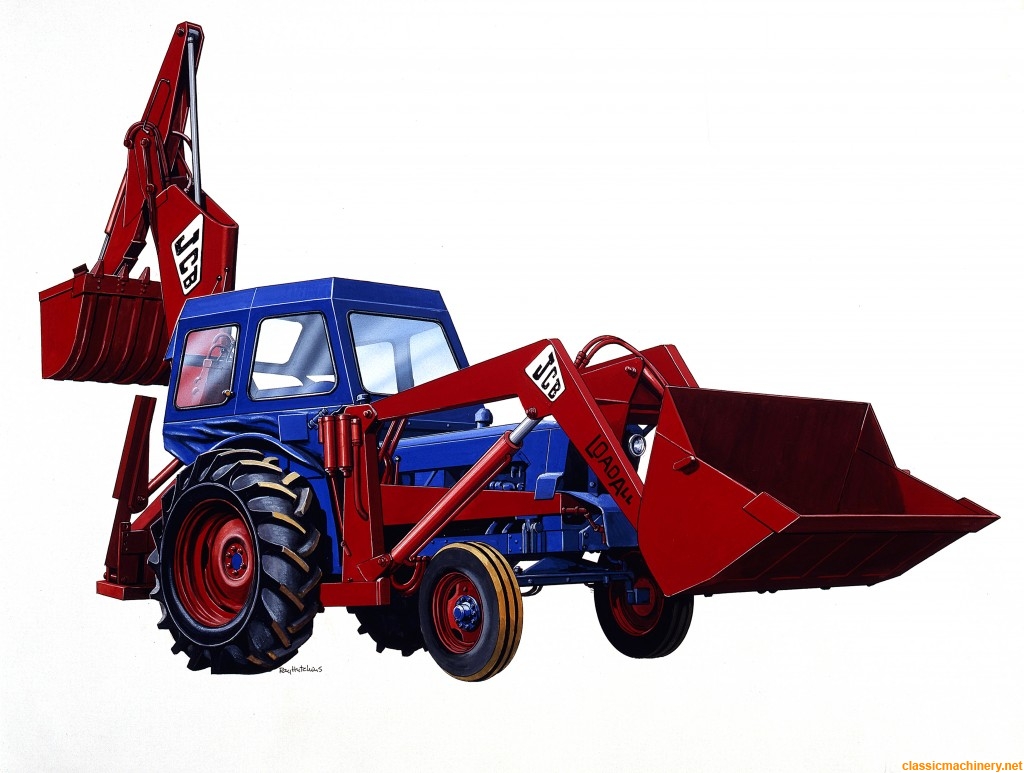 Craig, apparently so but it was very close. International Harvesters Hough- Wainroy has a claim too. This picture was taken in 1951/ 1952 but there is only evidence of International promoting the combination as early as 1954. 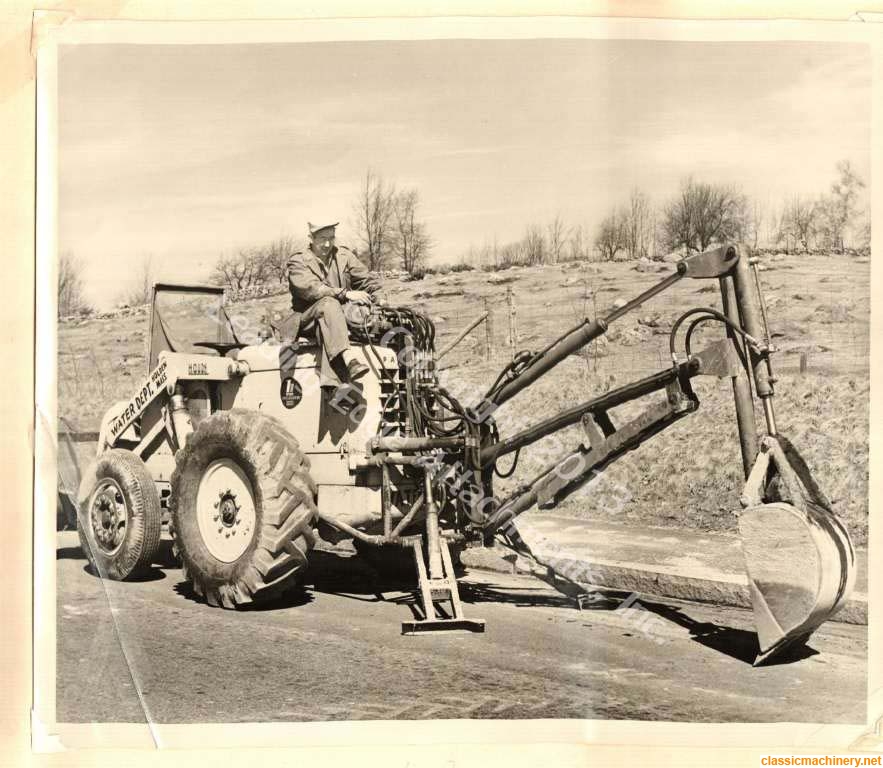