I still haven't found out the year of it due to not being able to find a chassis number.. I'd say it's 1970s but I have used the shade of yellow and the skip decals that Thwaites used in the 1980s I think.... if anyone has any information or pictures on the Thwaites nimline dumpers it'd be great to hear ..... Cheers
Top

How does the skip pivot? I would guess our one was mid 60s. The skip was not directly pivoted on a fixed hinge but rather guide rails and stay bars. The skip trip lever was a chunky heavy lever that sat on the platform plate. That was not very nice to use and on ours you could nip your finger if you brakes with your fingers underneath the lever. The later ones seem to have a more vertical long lever.
Top

Yes its the same as mine, guide rails and stay bar's.. I had to build up the holes in the bar's as they were so worn they were falling off.. a long lever to release the skip, it's well designed as your hand is back from the skip.... have you any pictures of the 1 you used drive years ago ?
Top

I have but not sure where. There is one with me close up at about 13 looking like 10 and one with Dad loading it with our old MF digger.
Top

I just fell out of my chair...

My first post on here since joining, to access the services manual for the latest addition to the family (more of that in a bit), and out of idle curiosity I wandered into the Dumper section just to see if anyone had been posting about Thwaites Nimline dumpers and blow me 3rd post down and this came up!

Ronan that looks stunning, fair play to you!!!

I'll post some pics in when I can get them in daylight but we have a Thwaites Nimline in the family too, it even pre-dates my arrival.

In 1972 my folks moved out of a flat in London to a rather tired old farm house in Kent needing a lot of TLC, they were young and brave buying the place which at the time being old and run down was not of much interest on the property market...anyway there was a small orchard to look after, a lot of renovations to be done to the house and outbuildings, they had about 100 quid left over and my mum wanted a new carpet in the living room so of course my dad bought a dumper truck.

Said dumper has been a loyal member of the family ever since and still does sterling service to this very day, being driven by the third generation of our family who have lived here on 'the farm'. The poor thing has been used and abused, despite both my dad and I being engineers and fairly skilled mechanics we've rather left her alone, so much so the poor thing has had one oil change since she was brought home, and that only happened because I noticed the rocker cover smoking a bit one day peaked inside and found grease not oil in there....oops. That was the day we learned she was a Thwaites Nimline, as we took the remians of the oil filter in its housing round to the local motor factor and the chap there took one look at it and said; 'oh, that's off a Thwaites Nimline' and pulled a brand new filter straight off the shelf!

To my shame, despite completely understanding TDC and feeling for compression etc, I have never been able to start her, I don't think she likes me as I always get my coordination out and managed to get a kickback on the handle whenever I have tried. And yes, I know the trick about the fuel pump governor...it's only recently that my dad, at 78, has stopped being able to start her on three turns in summer and five in winter...

Anyway, ours is left hand drive too, she was painted a fetching shade of purple at some point before my dad bought it, over the top of green. Oddly enough I saw another one for sale on ebay a few years back, also purple and left hand drive. She was already pretty old when dad bought her in '72, he was led to believe by the company he bought her from that she was built in the early 50's.

The gearbox appears to be derived from one used by Morris on a few of his pre-war cars as does the front axle which is of course flipped to work as front wheel drive. The 3 stud rear wheels (which on ours are steel with holes around the outside) are very much a Morris pattern too, they even have studs on them that would have taken hubcaps originally.

I'll do my best to get some pics up tomorrow.

As for the other members of the fleet; well there's a 1960 Massey Ferguson 65 that was bought by my dad and brother-in-law in 2004 to perform mowing duties in field that we acquired in 2000. I tried to persuade them to get a 135 as tbh it would have been better suited to the space we have to work in. And today, using 'man-maths' to justify it, I may have accidentally bought a 1987 JCB 3CX Sitemaster 2WD with Extradig and a Q fit on the front because we have rather a lot of work to do around the place moving soil about, digging up old tree stumps and clearing out the pond/ditches. The JCB is only staying till the jobs are done, then it can be sold...cough...much like the dumper was meant to be...
CN Stuff: MF65, Thwaites Nimline, JCB 3CX
Daily: M140i
Projects: S11a 88" V8 Hybrid, 2 x S111 109"s, Mk11 Mini, Harrison L5A

Just realised I had some pics on my phone from our dumper's latest adventure: 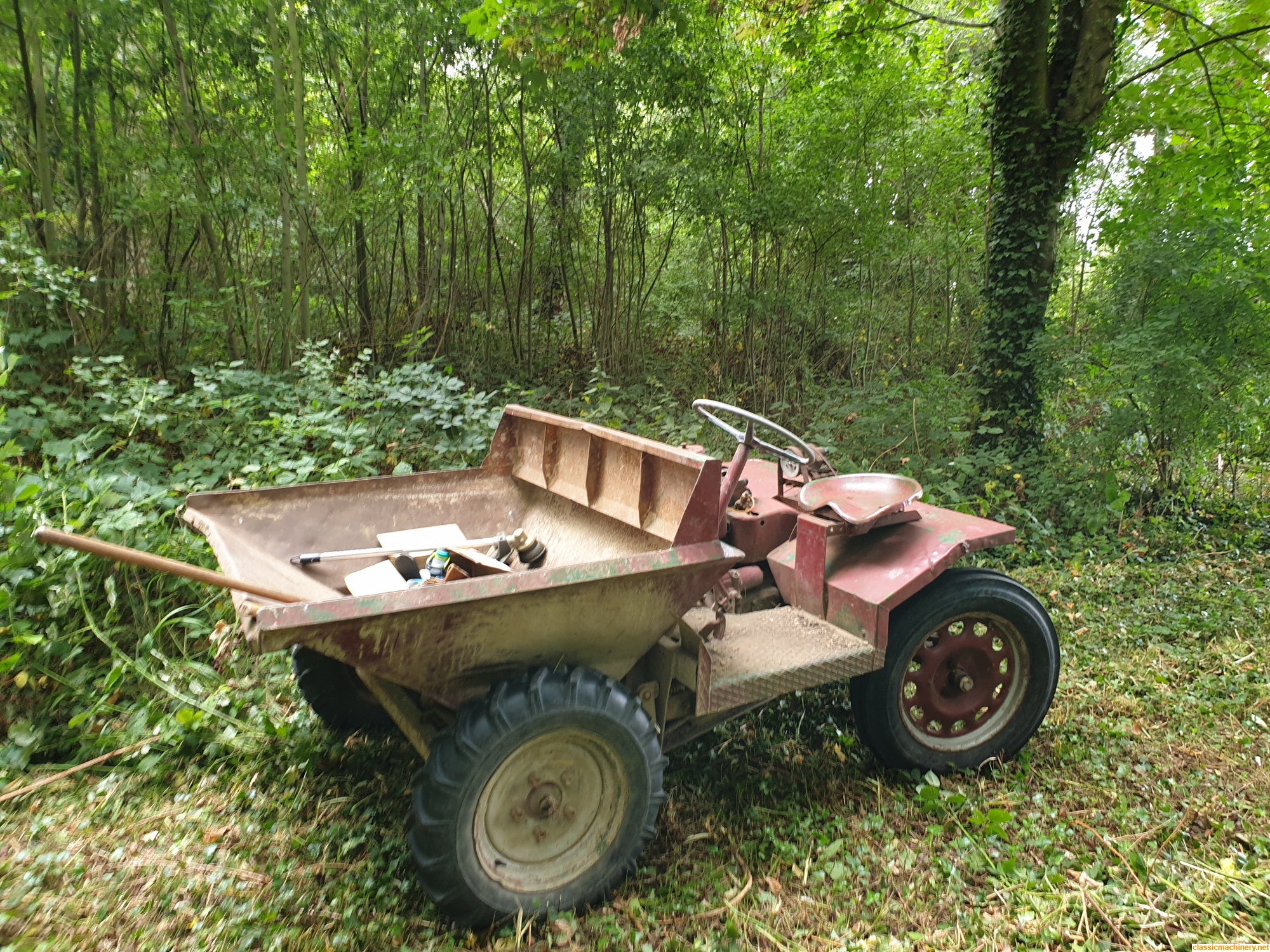 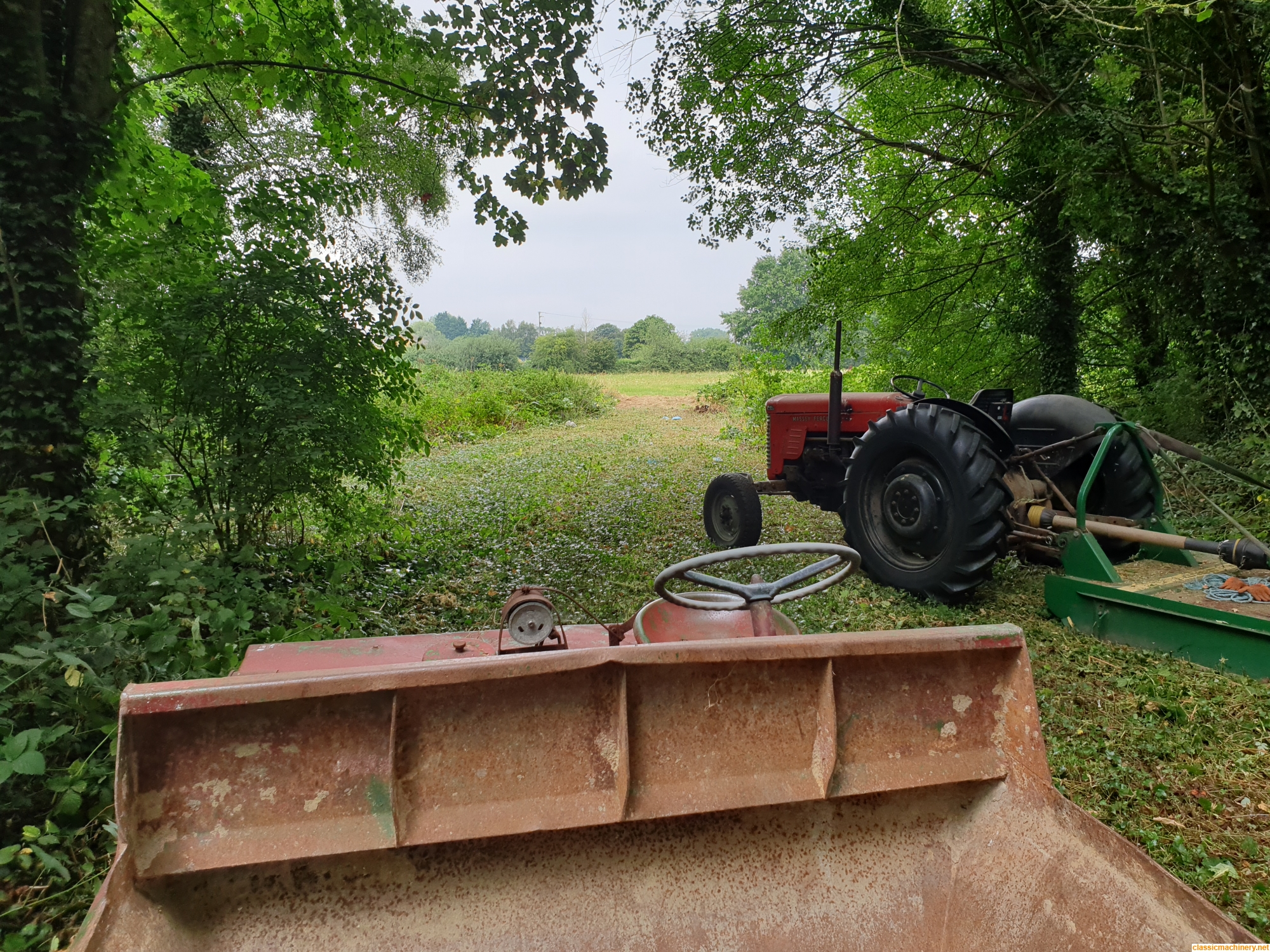 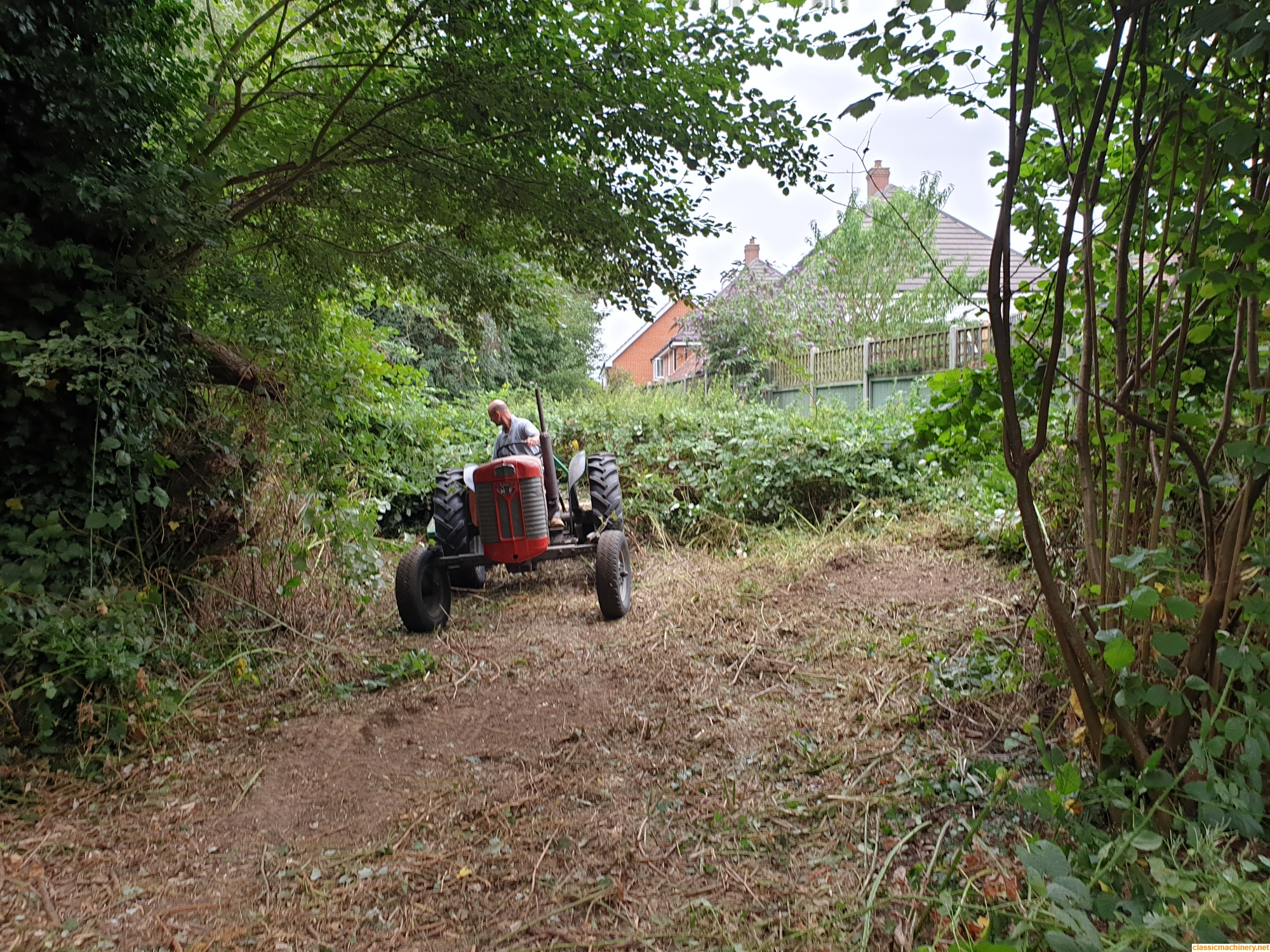 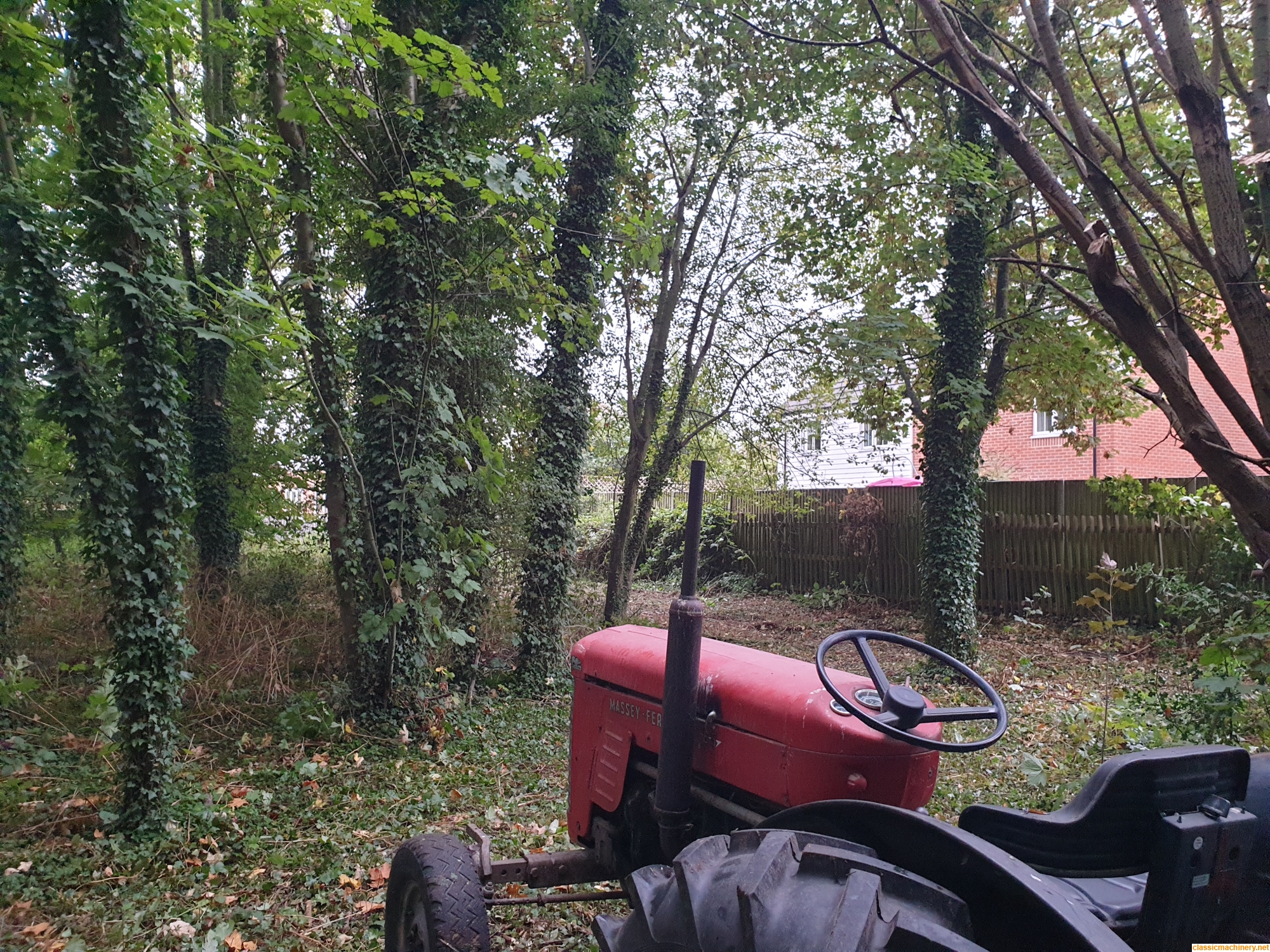 As promised some extra pics of our Thwaites Nimline: 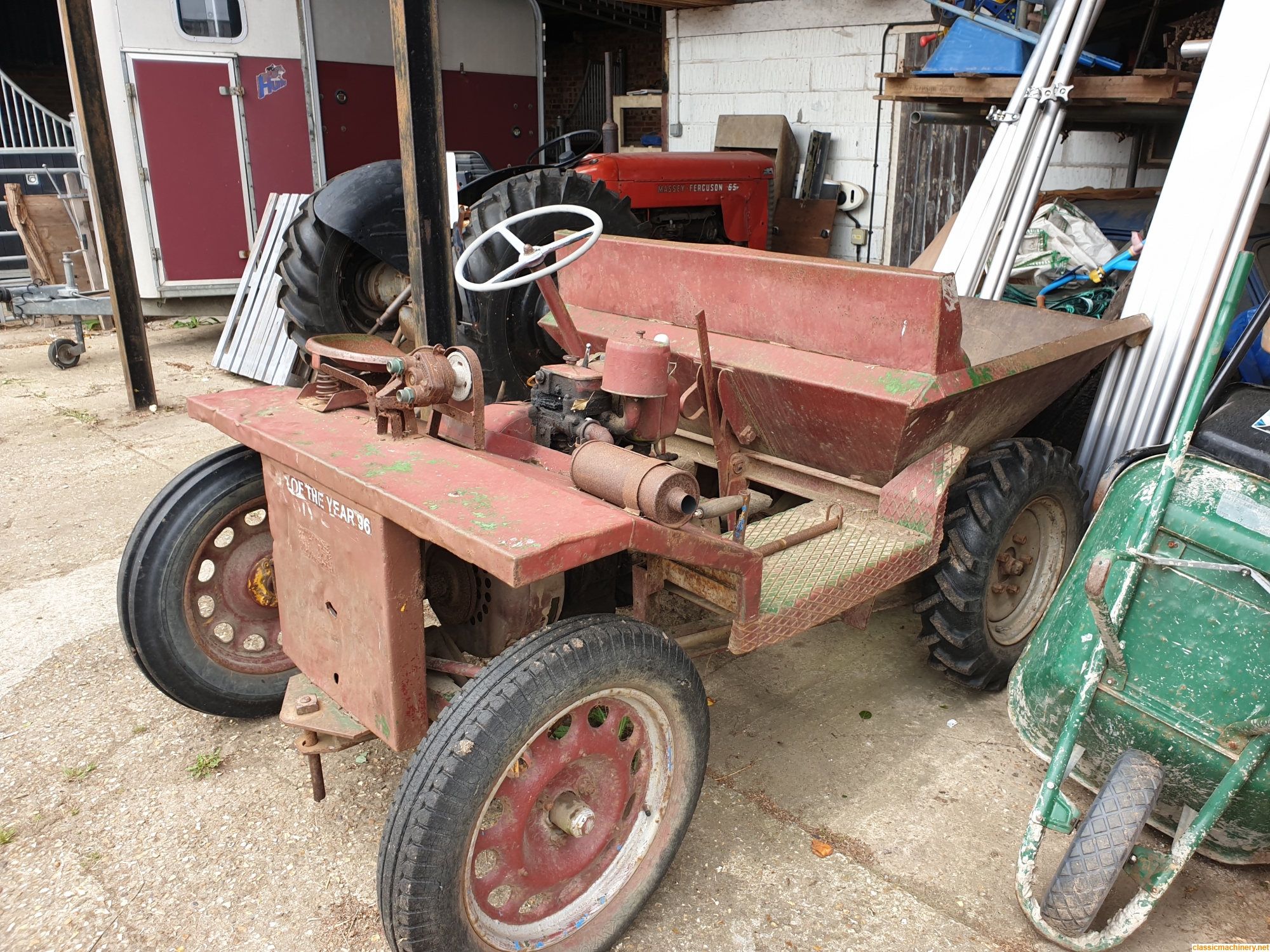 That offside rear tyre is at least 48 years old! All the others have been replacements over the years...and random sizes 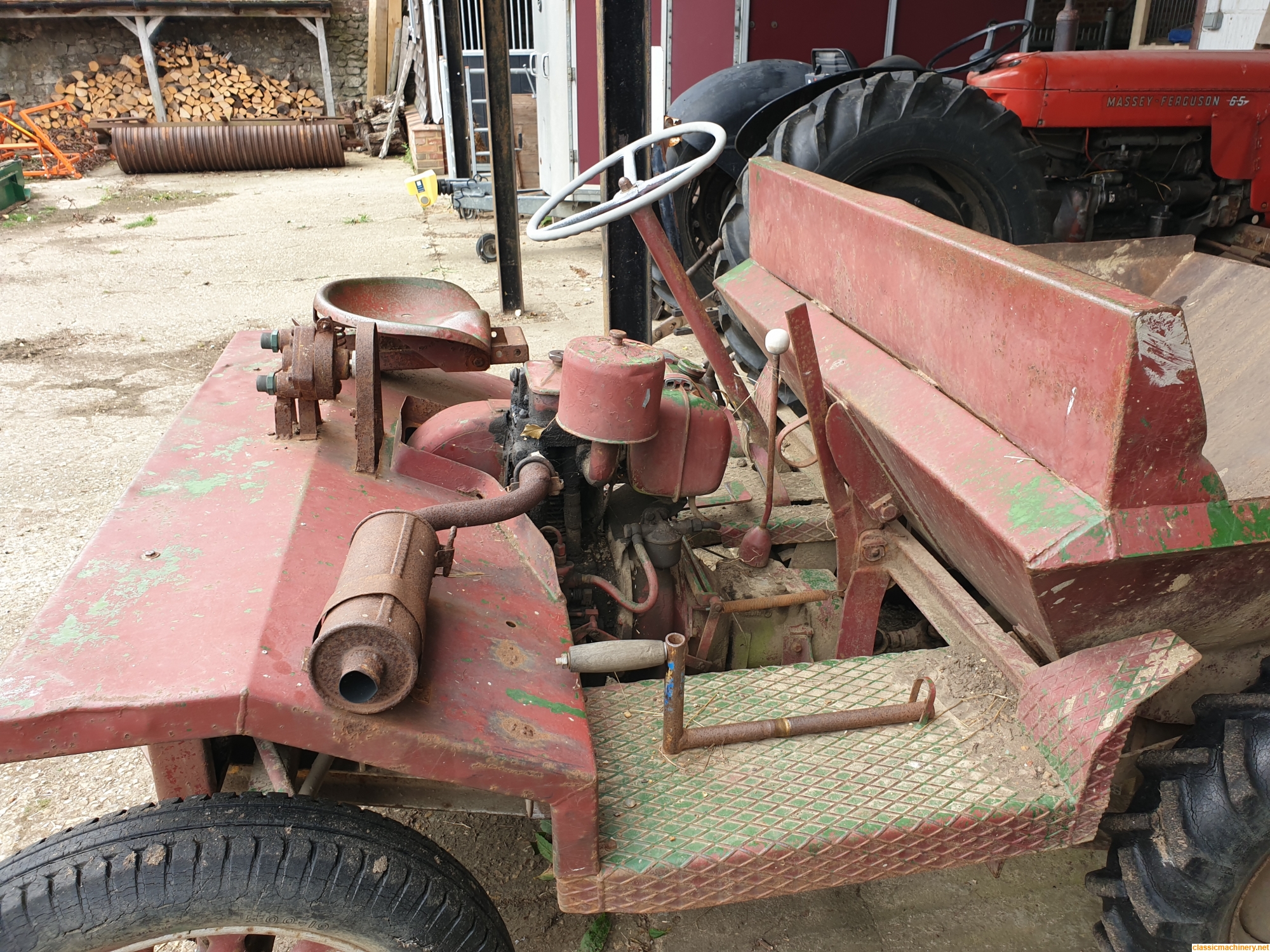 The exhaust is not standard, it was fitted by my dad in the late 70's as I recall 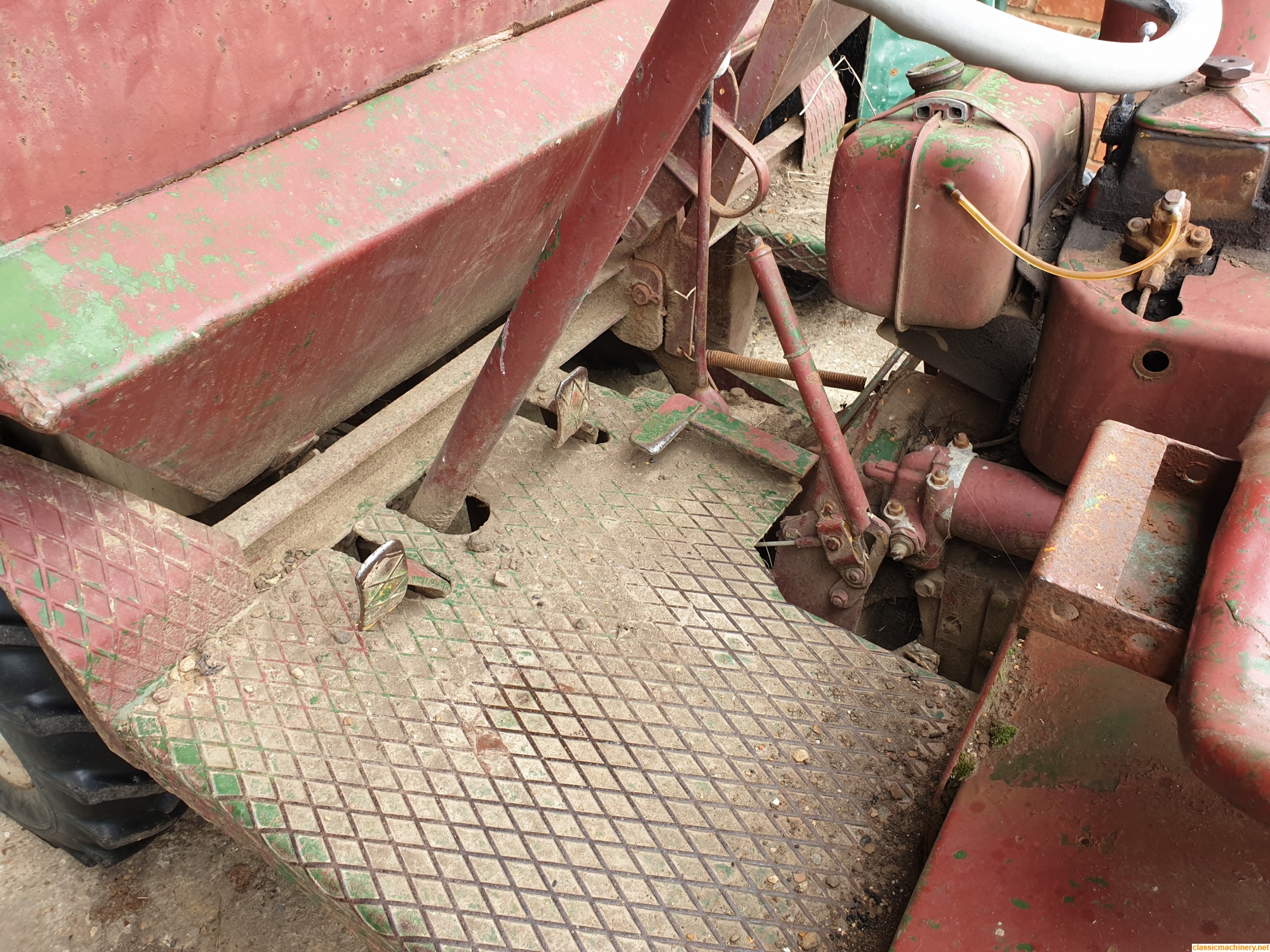 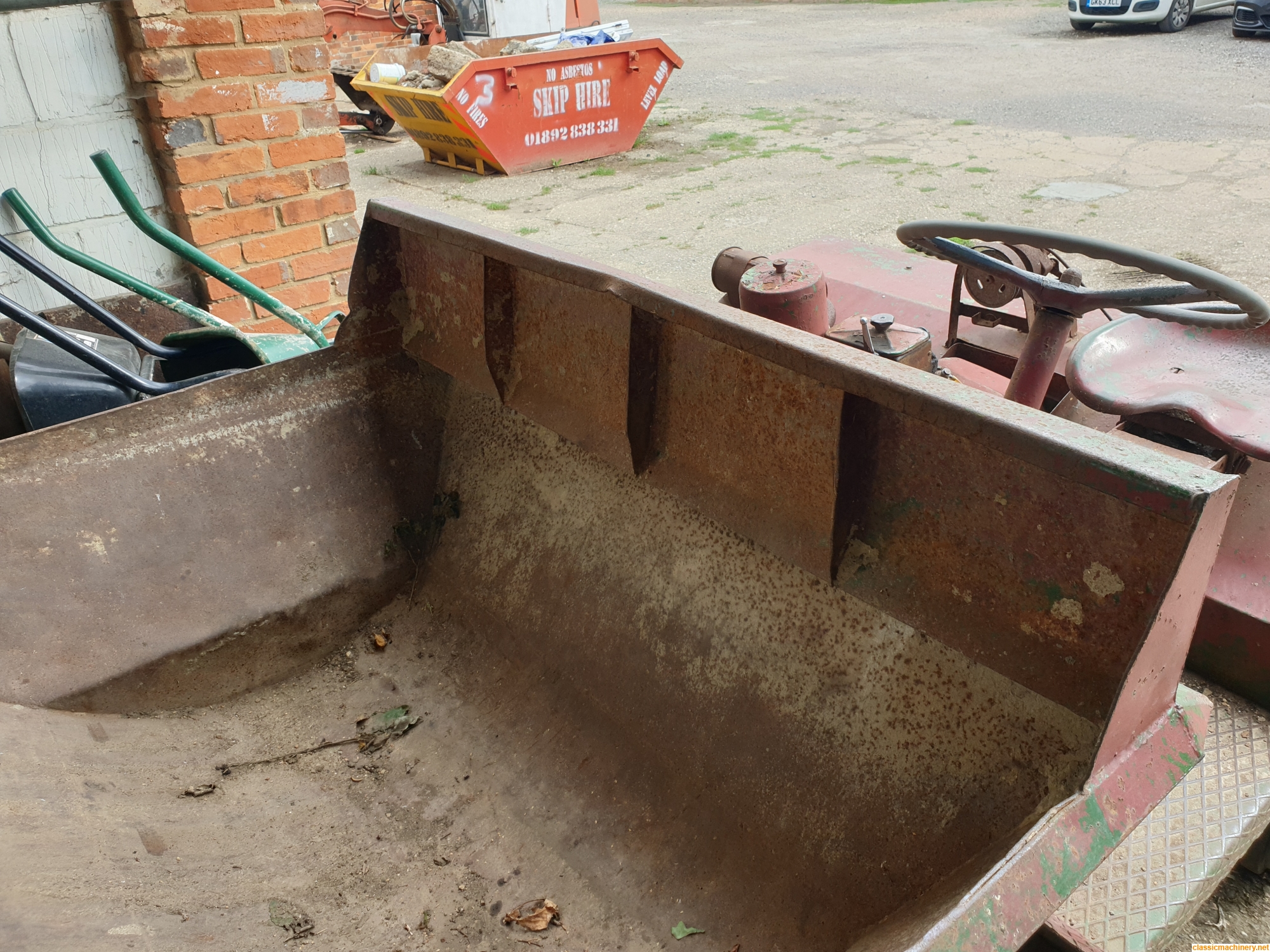 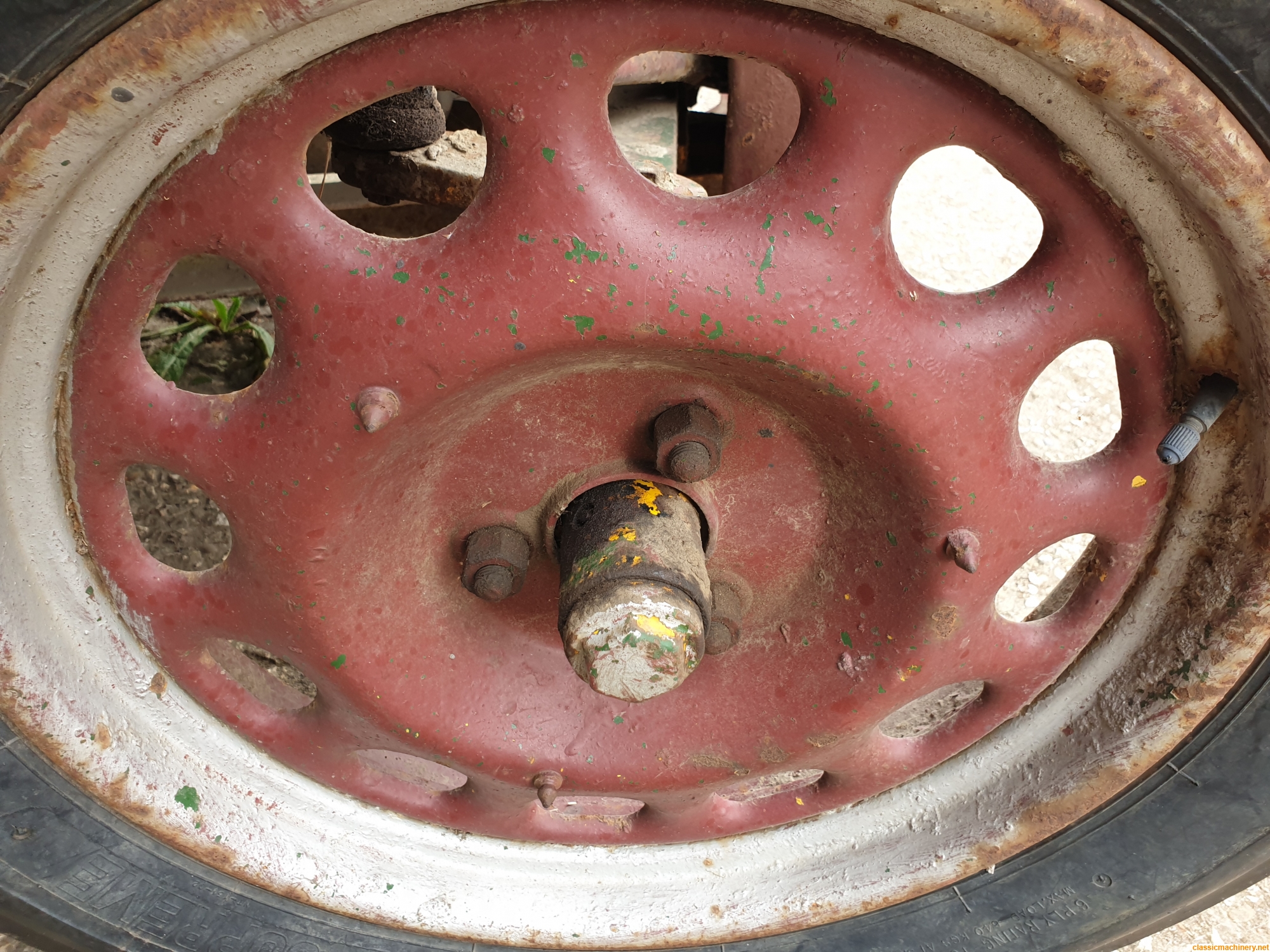 The front axle and diff are a Salisbury style and given the rod operation of the brakes it's likely that they came from a Morris 3/4 ton truck, which shares the same 5 stud PCD as a Series Land Rover, it also so happens that the chassis rail spacing of vintage Morris' is the same as a Land Rover 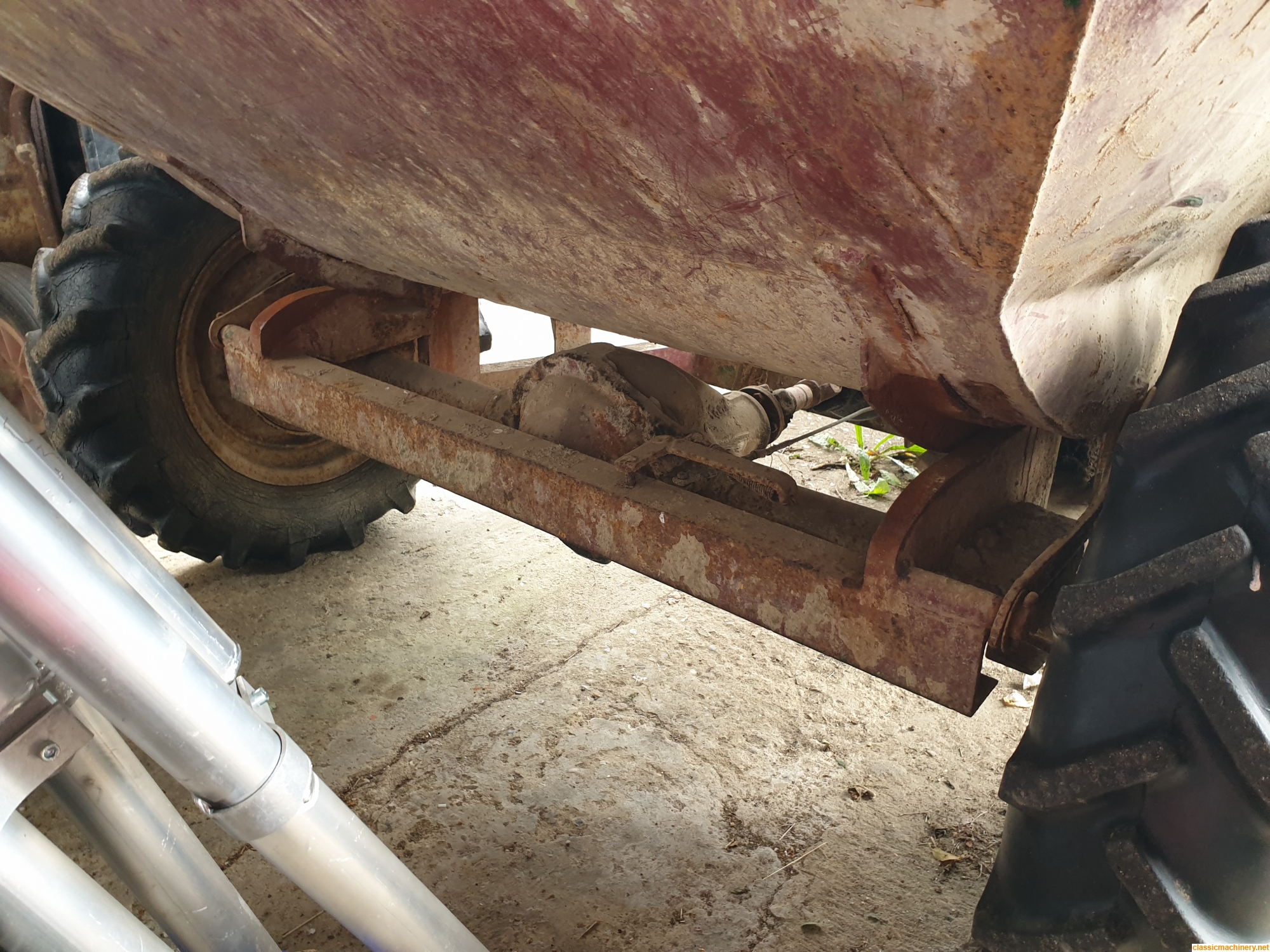 That thing in the middle of the rear deck is an old washing machine pump driven by a V belt off a pulley fitted on the starting pig tail. My dad fitted it not long after getting the dumper so he could spray our magnificent Standard Bramleys (that, unfortunately, were all destroyed in the storm of '87) with tree wash, the supply of which came from an old water tank that stood on a pallet in the bucket at the front. 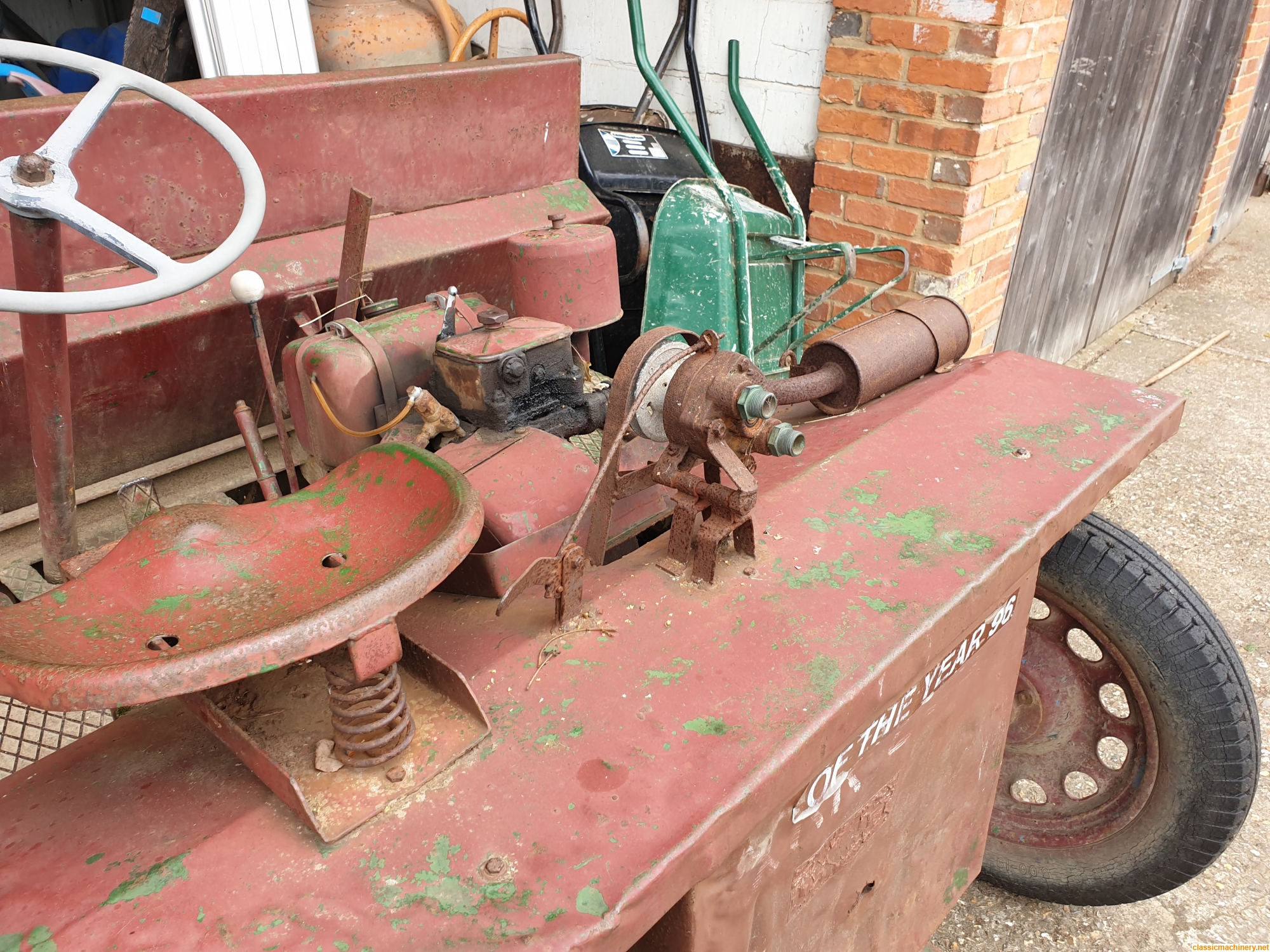 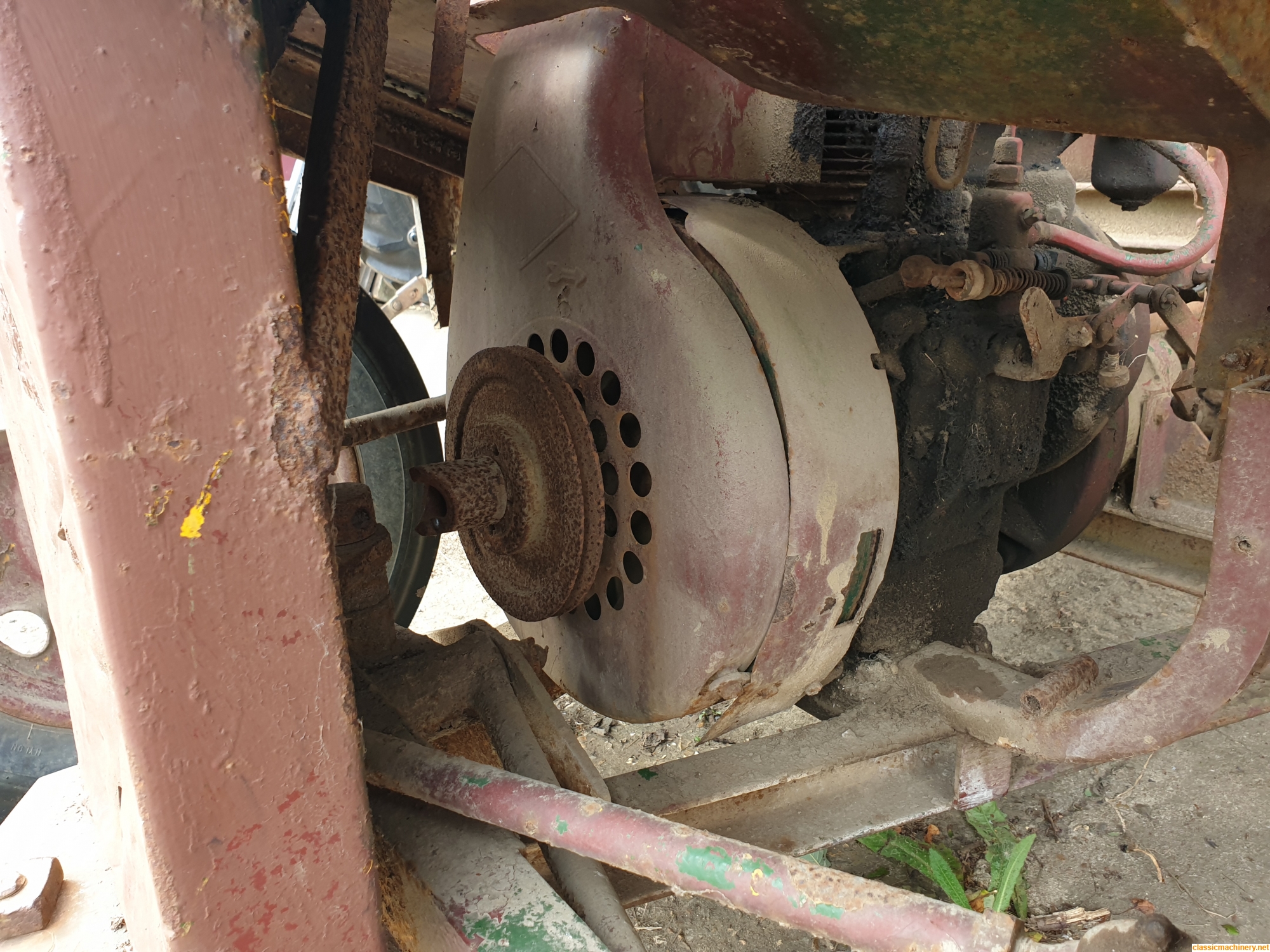 Hi Slooby.... such great pictures of your Thwaites nimline.. its in very good original condition, hardly any corrosion and very straight! Is it mainly kept inside out of the rain ?
Top

Thanks Ronan, well for the first 30 odd years with us it lived very much undercover in what we called 'the big barn' (a 400 year old threshing barn) but it lost that home when my sister and brother-in-law started converting it into their house 15 years ago. It then moved over to the tractor shed where it joined the MF65 and mostly lived undercover for about 10 years until we started trying to make our land pay for itself by renting out some of it to people to keep horses on, at which point it ended up moving over to where it is in those pics. With the prevailing winds coming from the west, despite sticking out beyond the roof line, it does stay fairly dry.

The main thing is that it is fairly regularly pressed into service regardless of the time of year or weather; be that moving soil or rubble around, shifting haybales, carrying logs, spraying trees (sadly no more as we lost all of our beautiful Standard Bramleys in the storm of '87), carrying tools, building playgrounds in the village or just entertaining generations of children and introducing them to the fine art of clutch control!