Well today was not quite as constructive as I'd hoped for, on arrival the heavens opened and prevented any work being done on any of my machines until after ten, so I helped Andrew and Tim with some of Andrew's work on one of his towed farming furrow rollers.
Once the weather stopped raining it was time to spring into action and the first job on the agenda was to secure the new rear seat cushion as I had bought the correct UNC pins for the job, easy job as I thought but no

not such an easy job and it was with much cussing that I finally got the cushion secure.
By then the weather had given way to glorious sunshine so a hasty paint job on the one side of the cab and touch up of the paint on the offside bonnet cover was quickly done

result!
Another small but nagging job was then taken on, the one spot light bulb has blown but I am going to try and replace the whole thing as it looks crap; next job all being well will be the decals, then taking on the rotary coupling after which it will be odds 'n' sods. 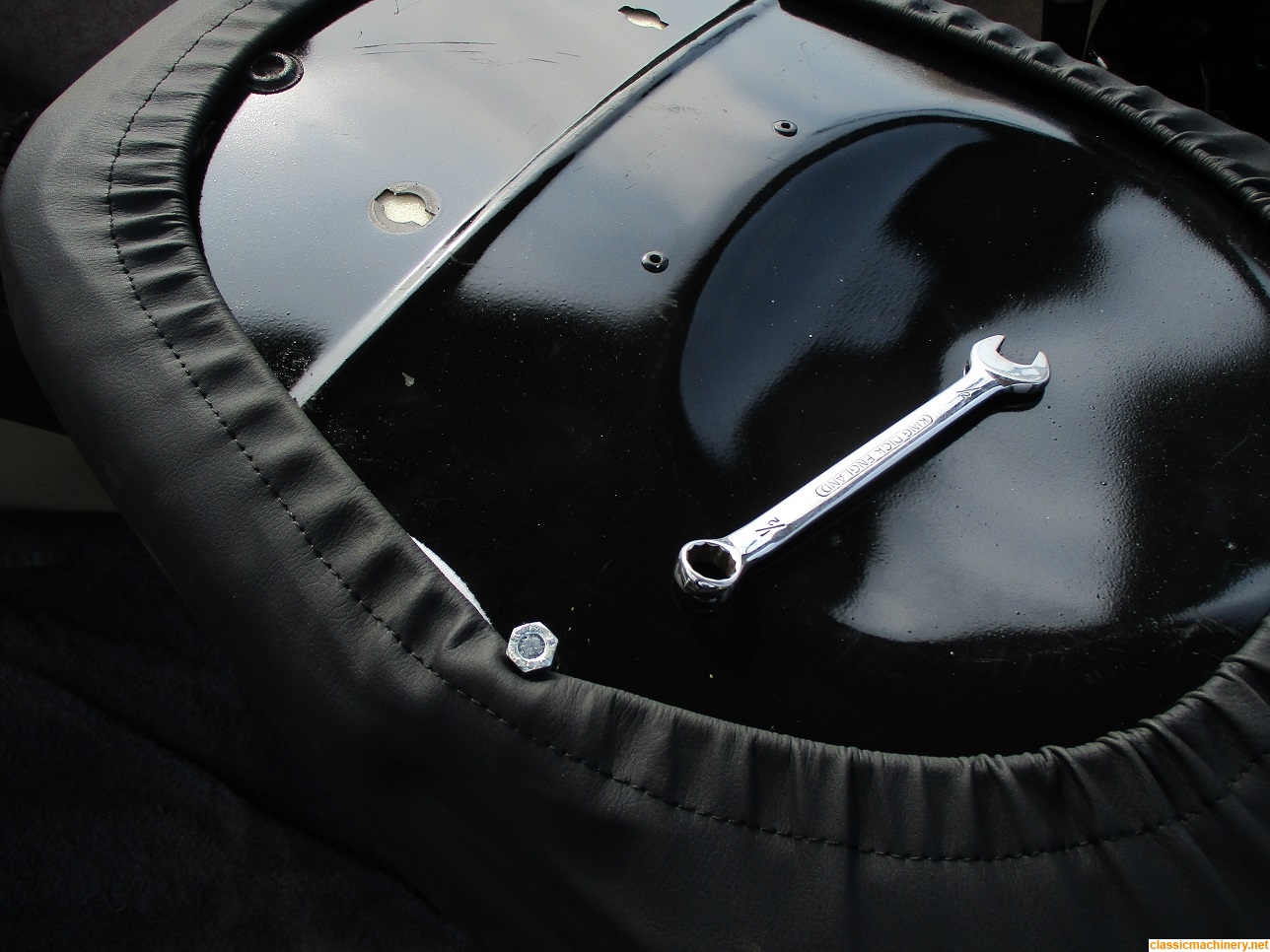 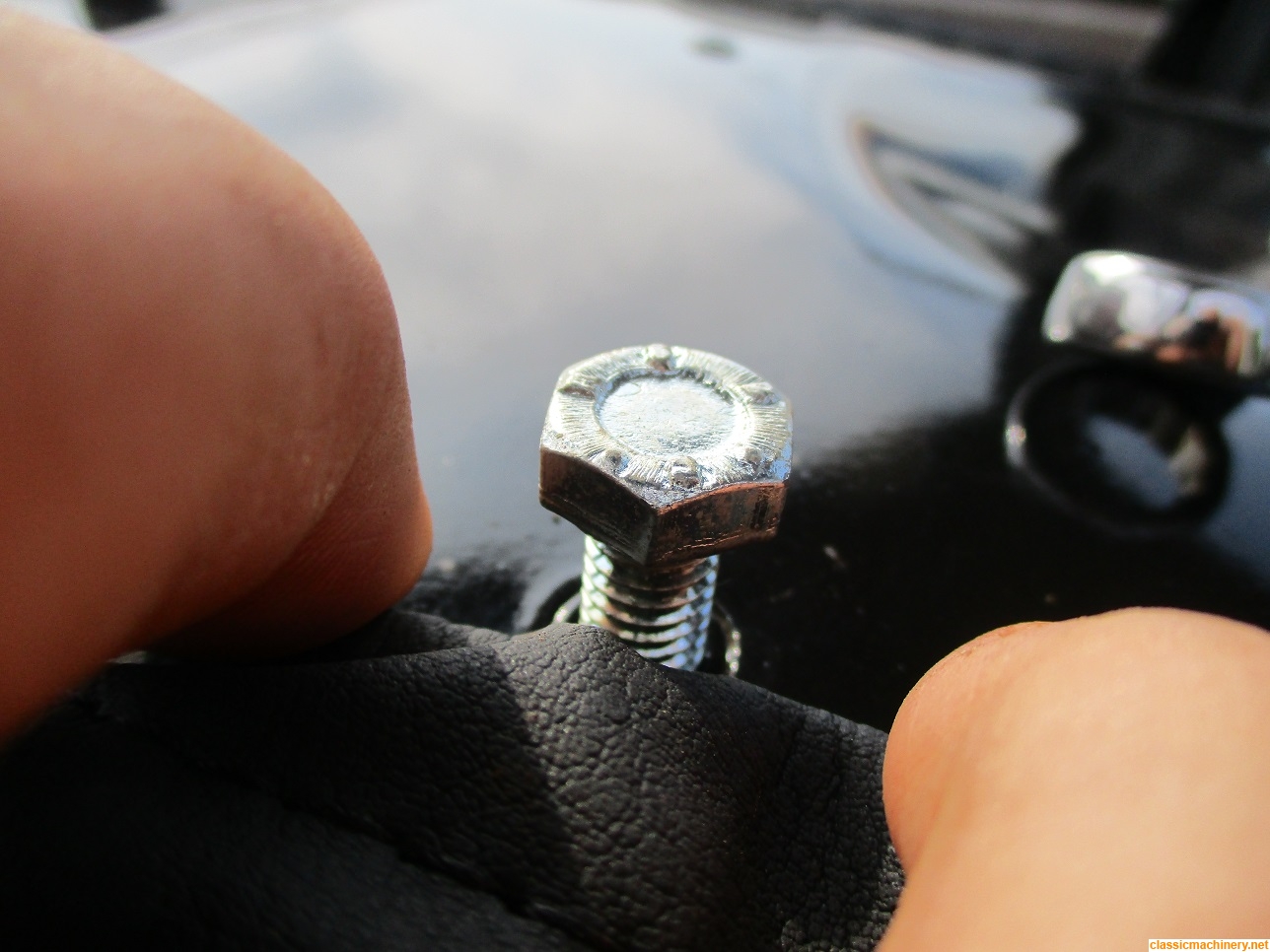 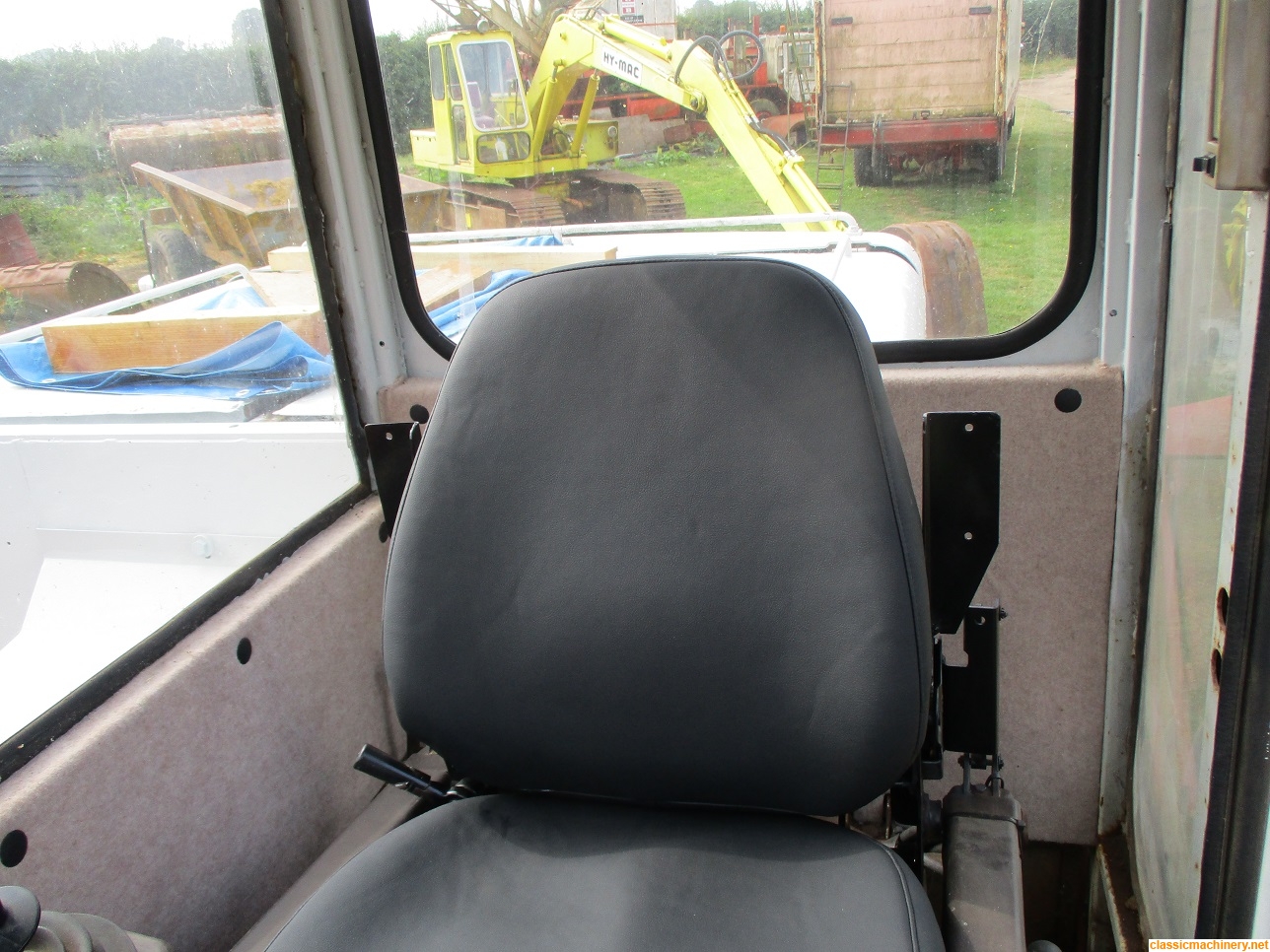 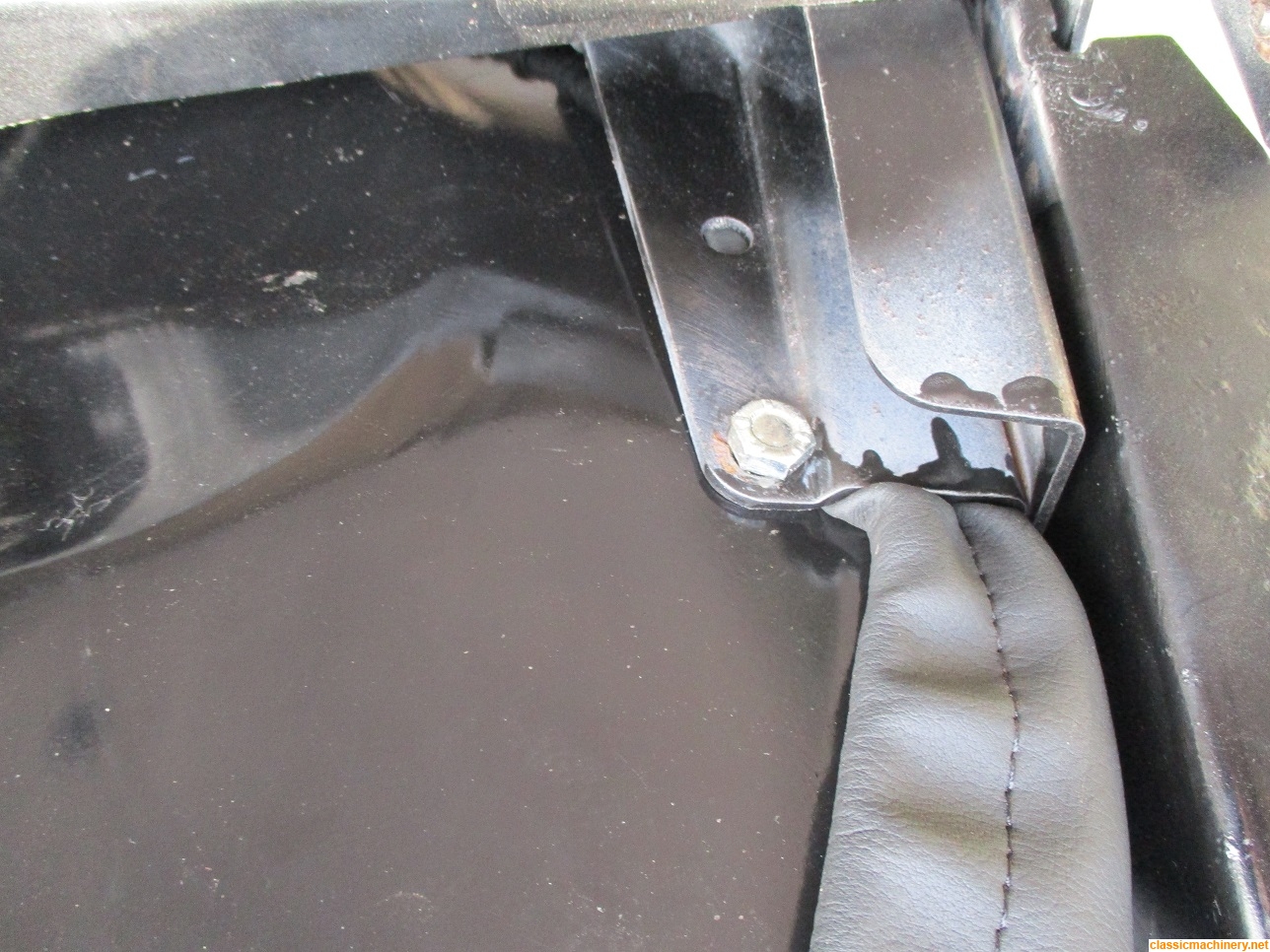 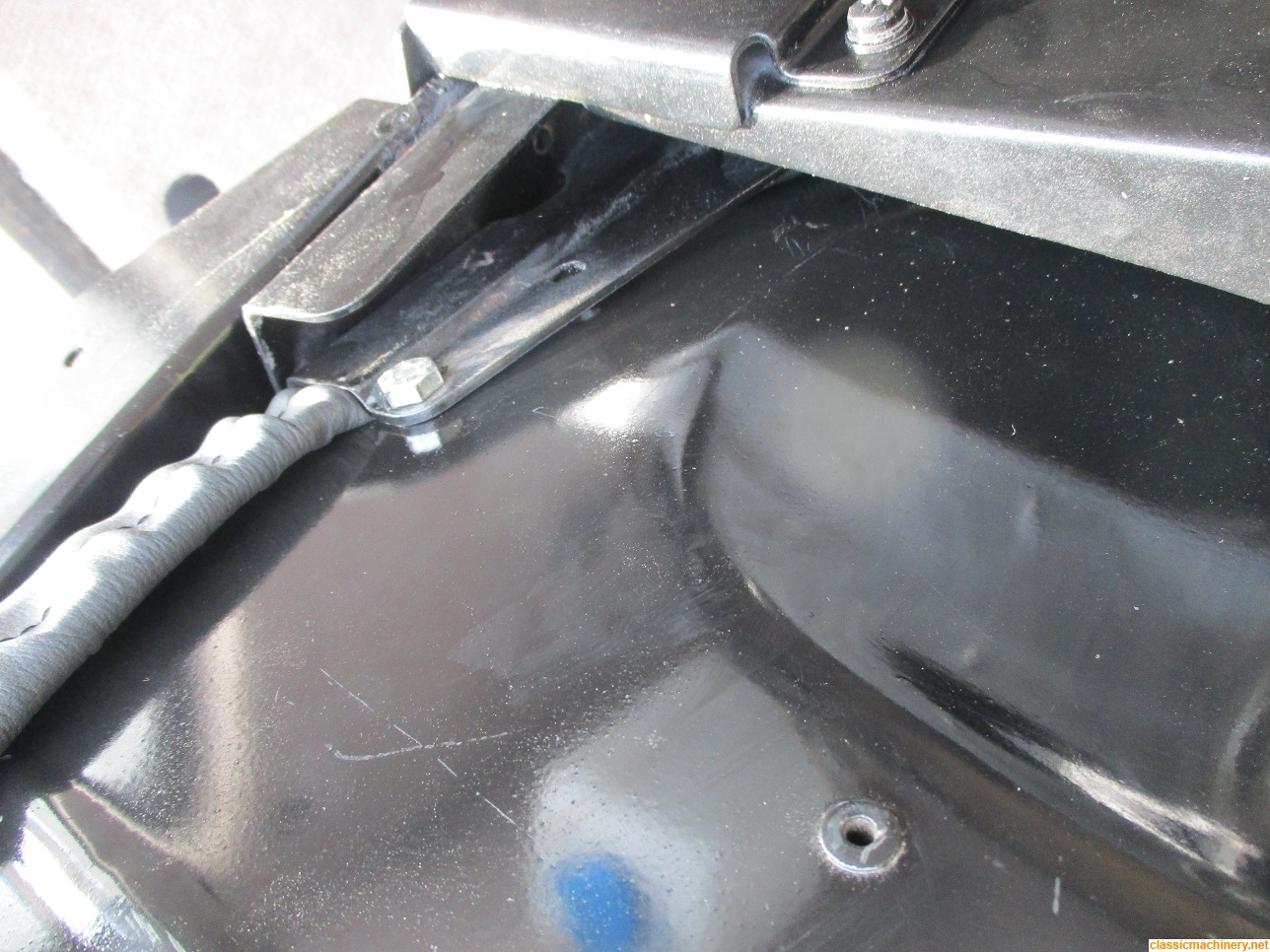 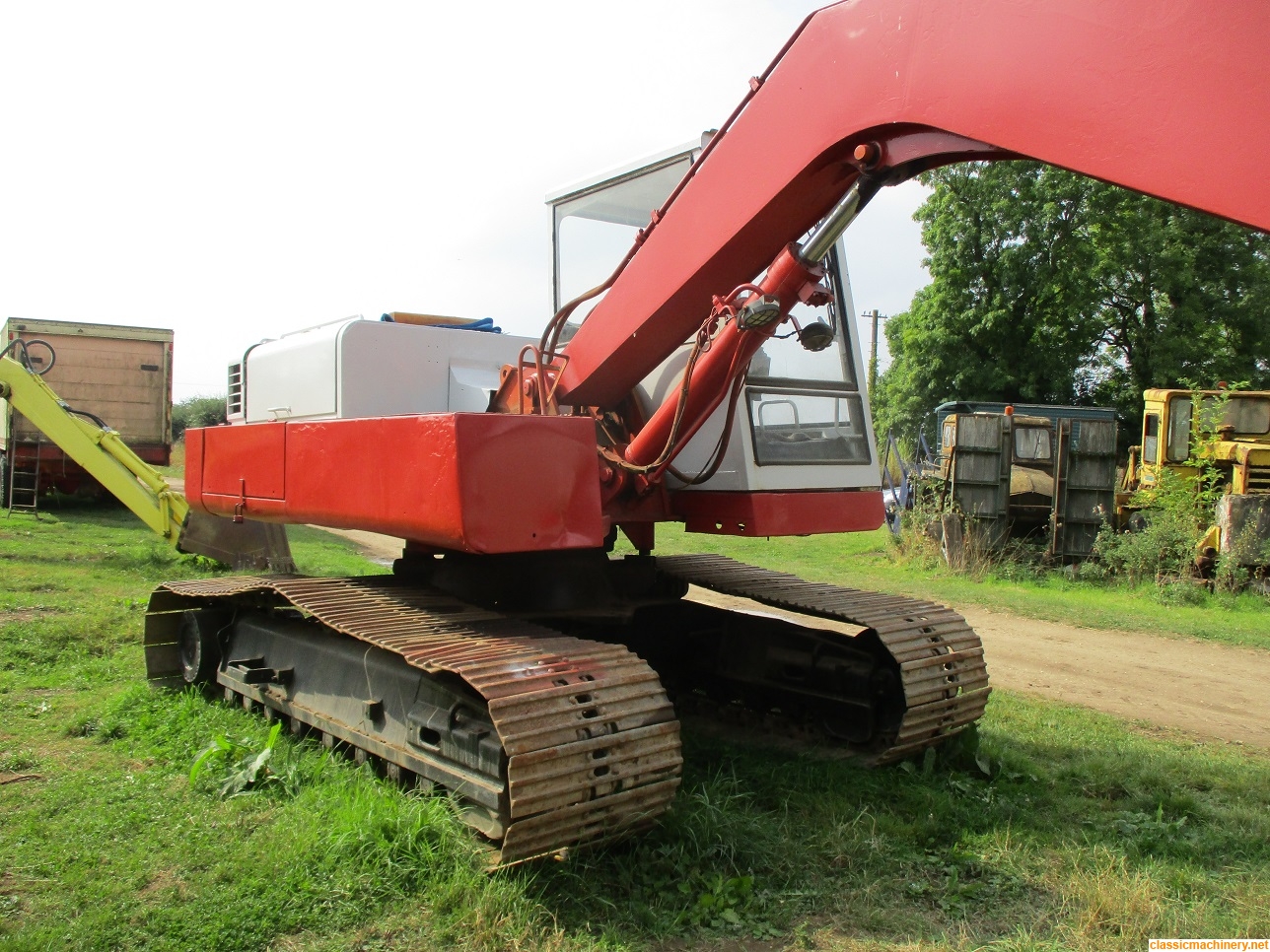 Soon go out on hire!
Top

This weeks installment starts off at home; the awful looking working light, I was unable to source a half decent replacement let alone a second hand genuine item, so I pulled the thing apart, it's made by the French company Cluteroche. There is a local specialist company that can re-chrome the back of the lights cover, however the cost for this was £80 which is okay if you are restoring a classic car or motorcycle.

I decided to have a bash myself, nothing ventured nothing gained so I managed to part the glass from its backing, then cleaned the pair up and painted the backing with some chrome effect paint, the whole lot was then resealed, not bad all in all.

Arriving today, my decal man came along and applied the decals which although in my opinion it's not 100% it's not a bad job either so I was quite pleased with that, result!

I was busy beavering away at the working lights housing while he applied the decals, most of the light has come back home with me for more work to be done on it. I decided to fire her up and reposition her for some pose type camera shots, that's when it all went pear shaped

to cut a long story short I charged the one battery with the least power reading on the multimeter and it was enough to get her running.

However I suspected that as the batteries were fairly new there was another issue and sure enough a quick check revealed that she is not charging so another problem for me to sort out, and that's where I left things for today. 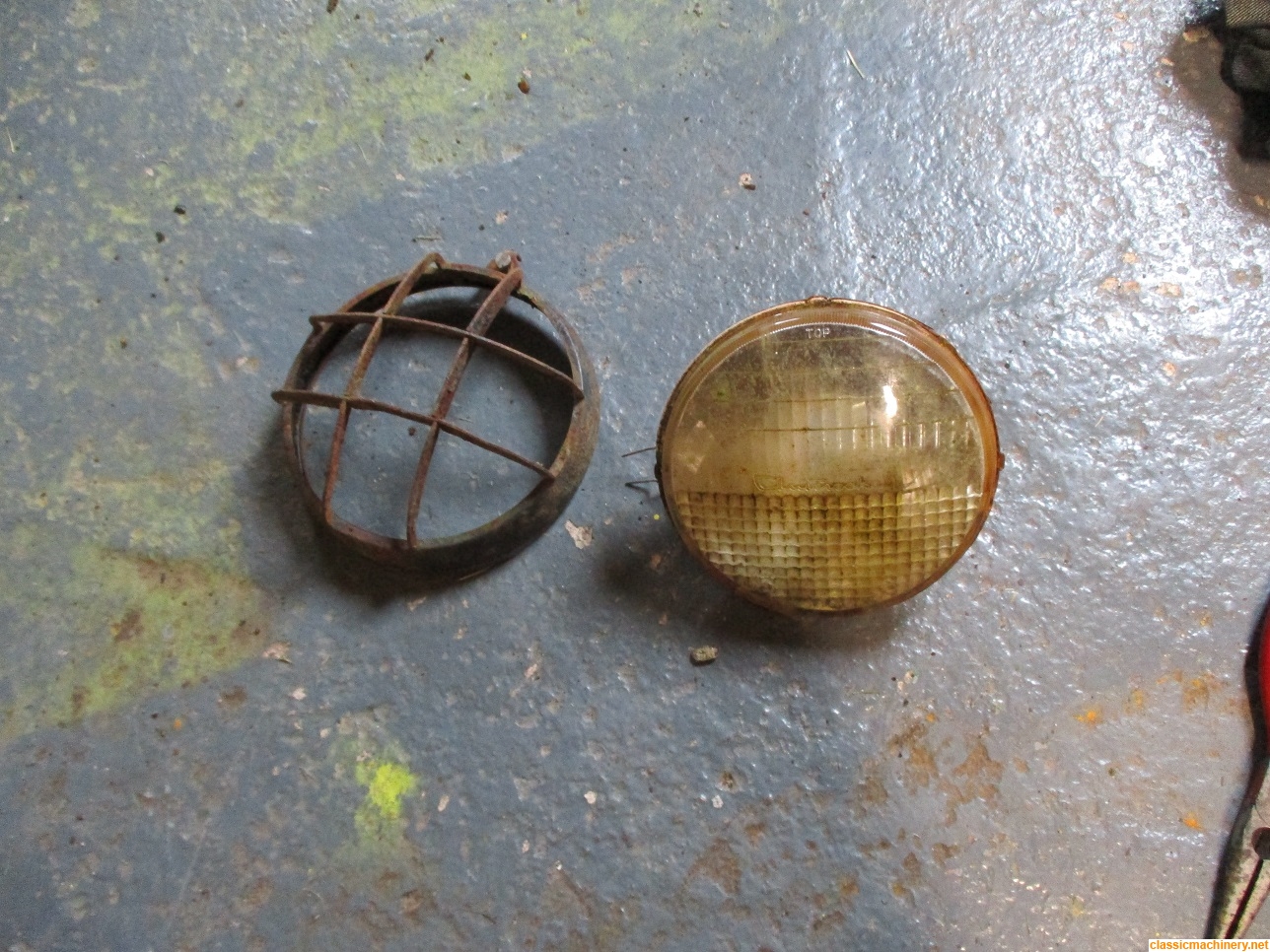 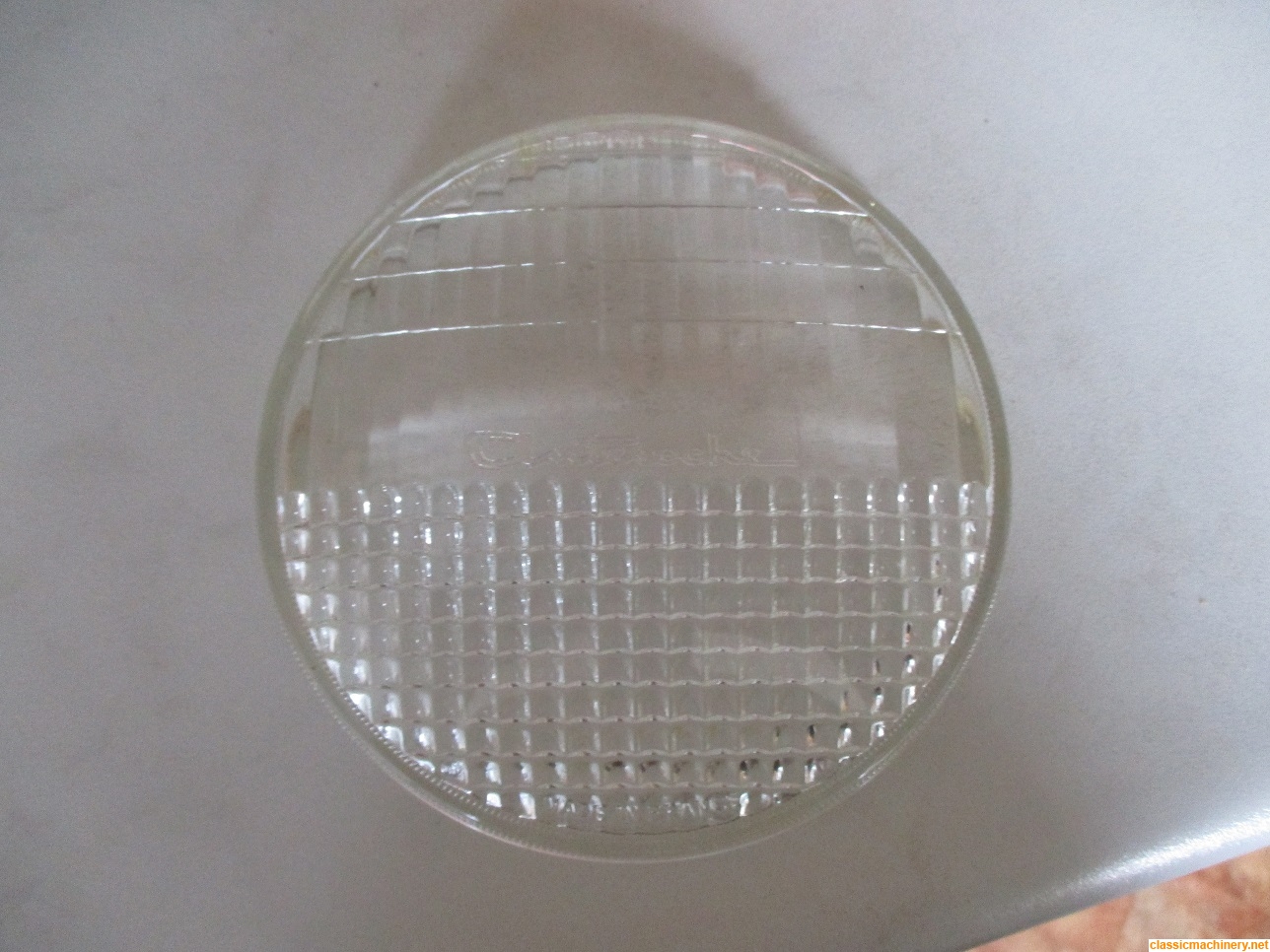 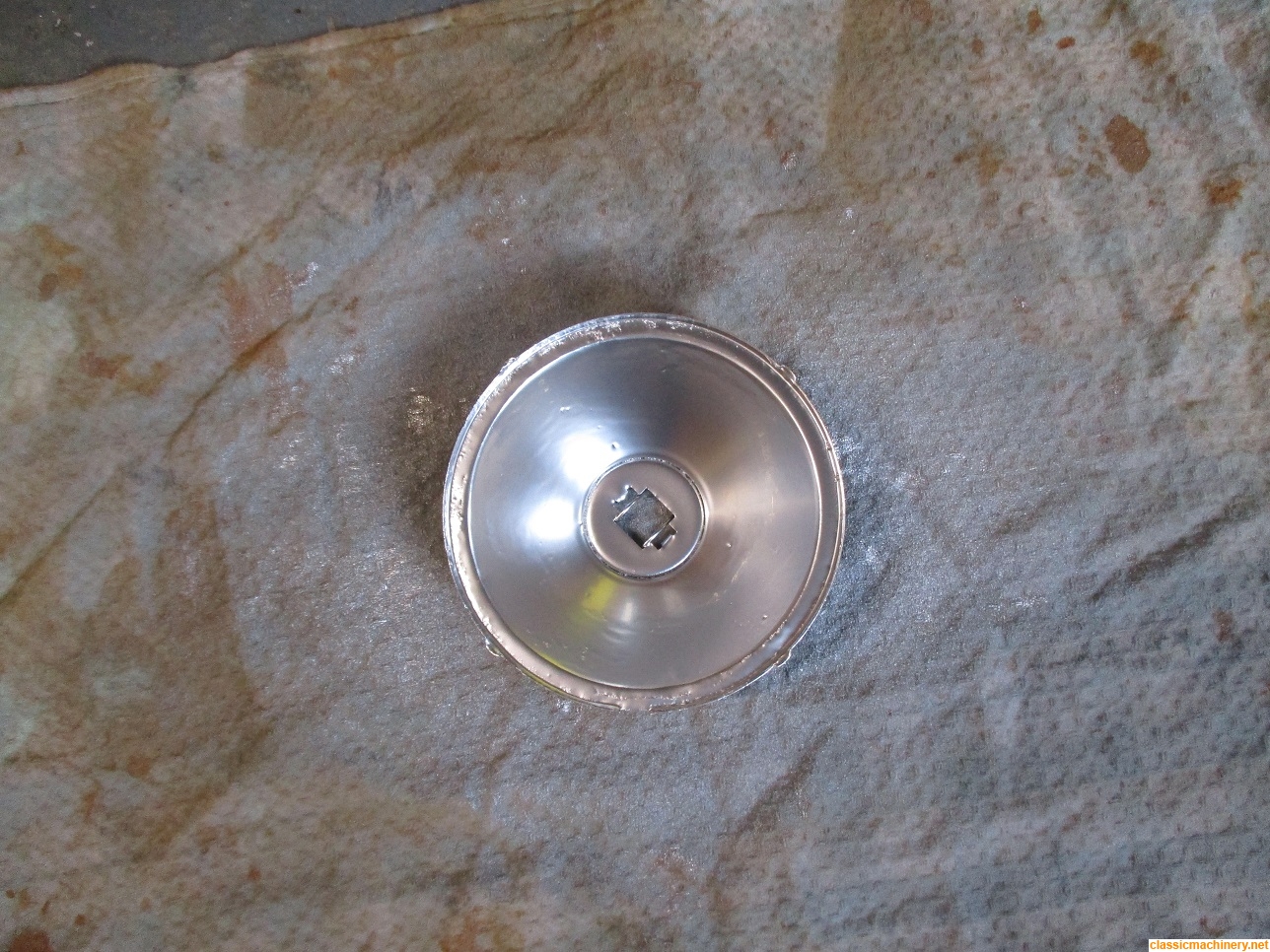 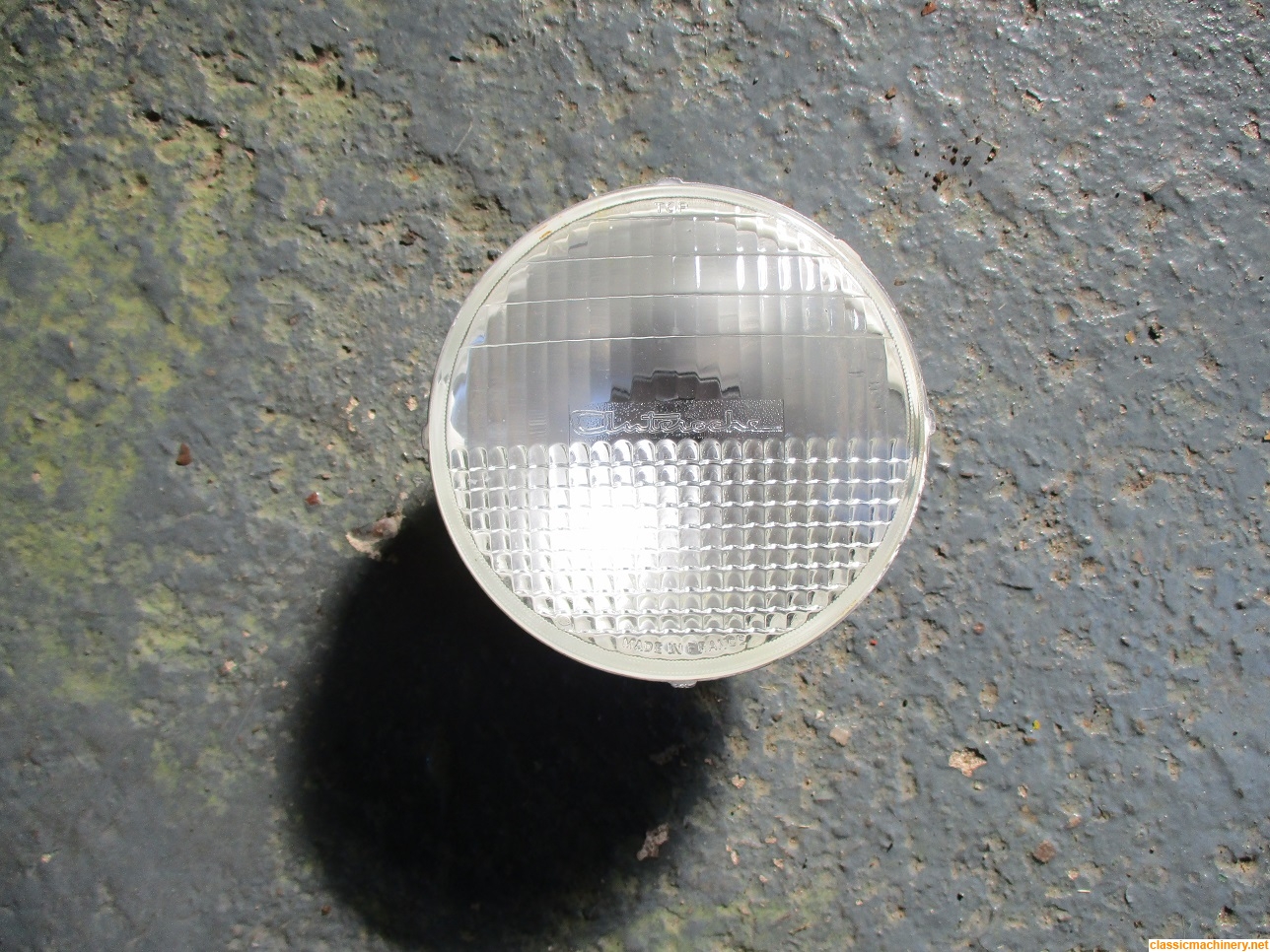 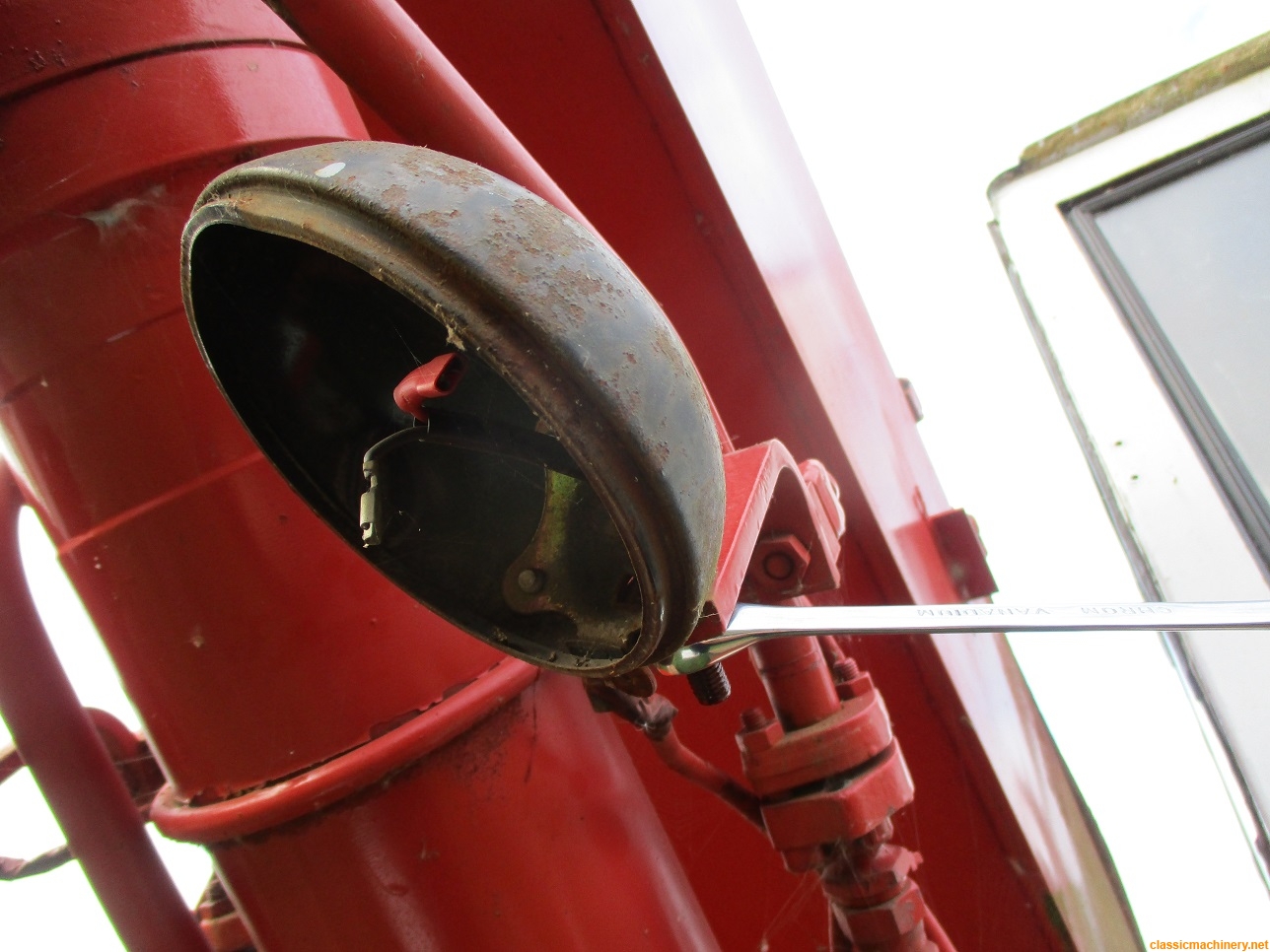 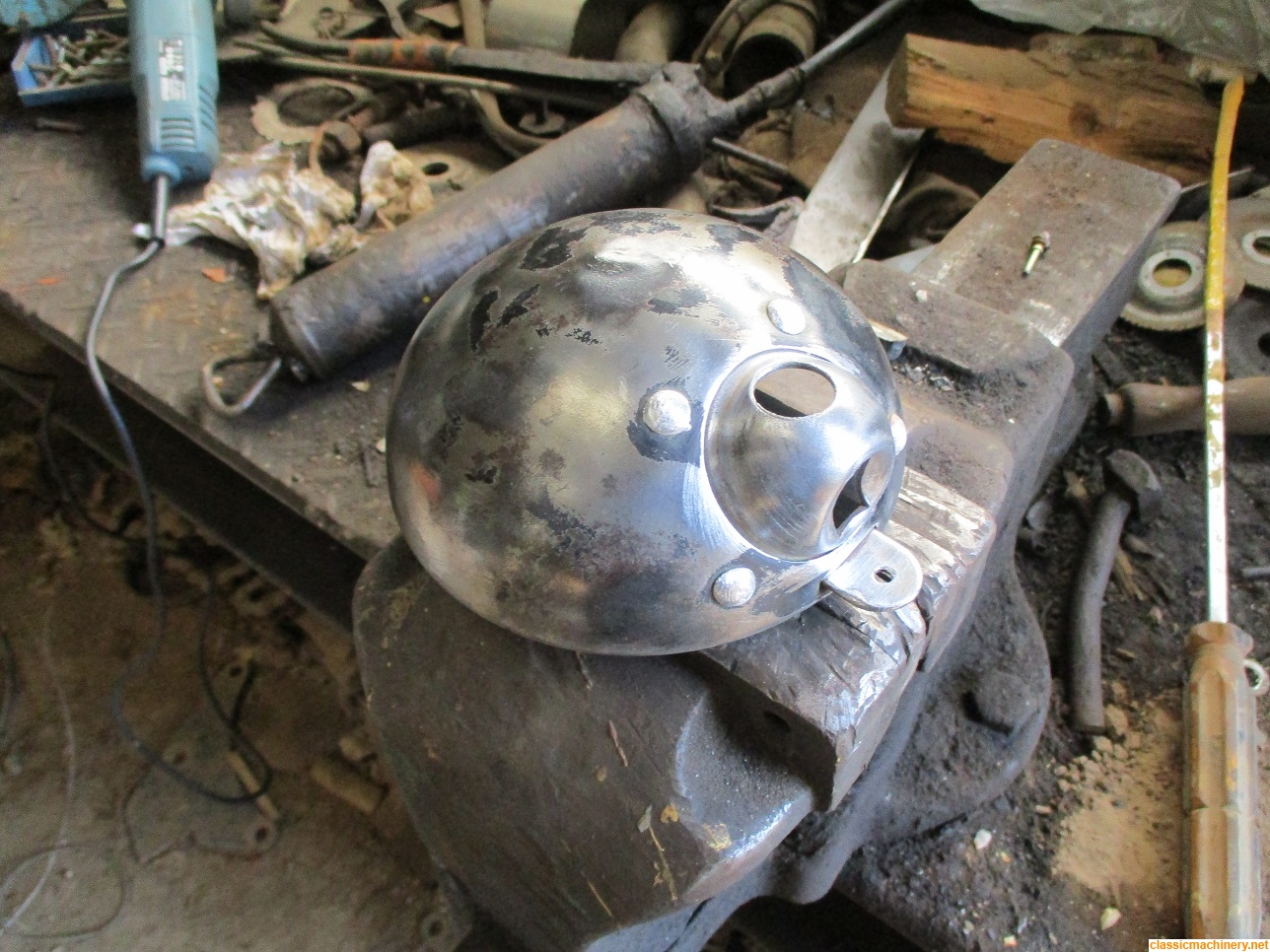 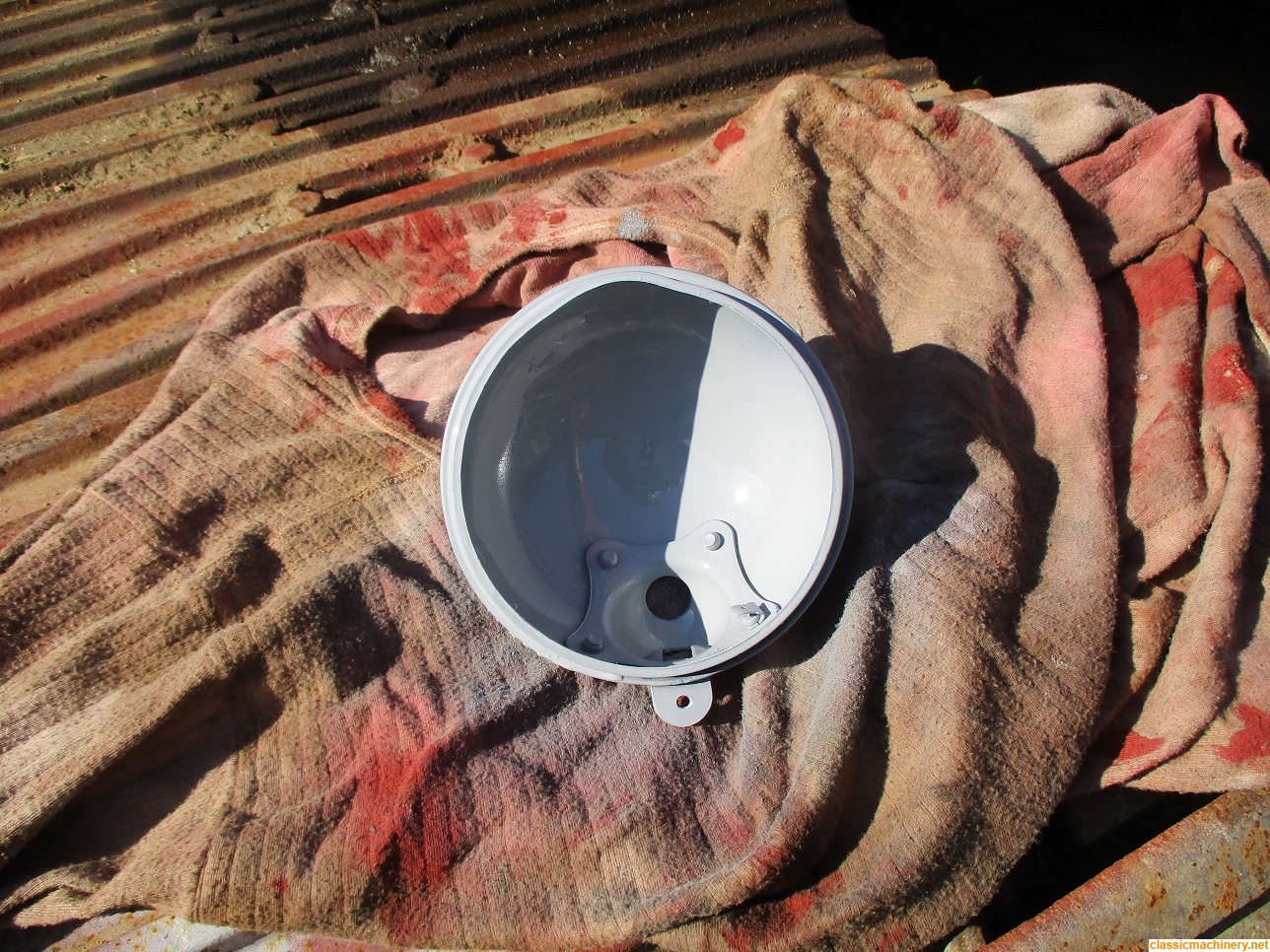 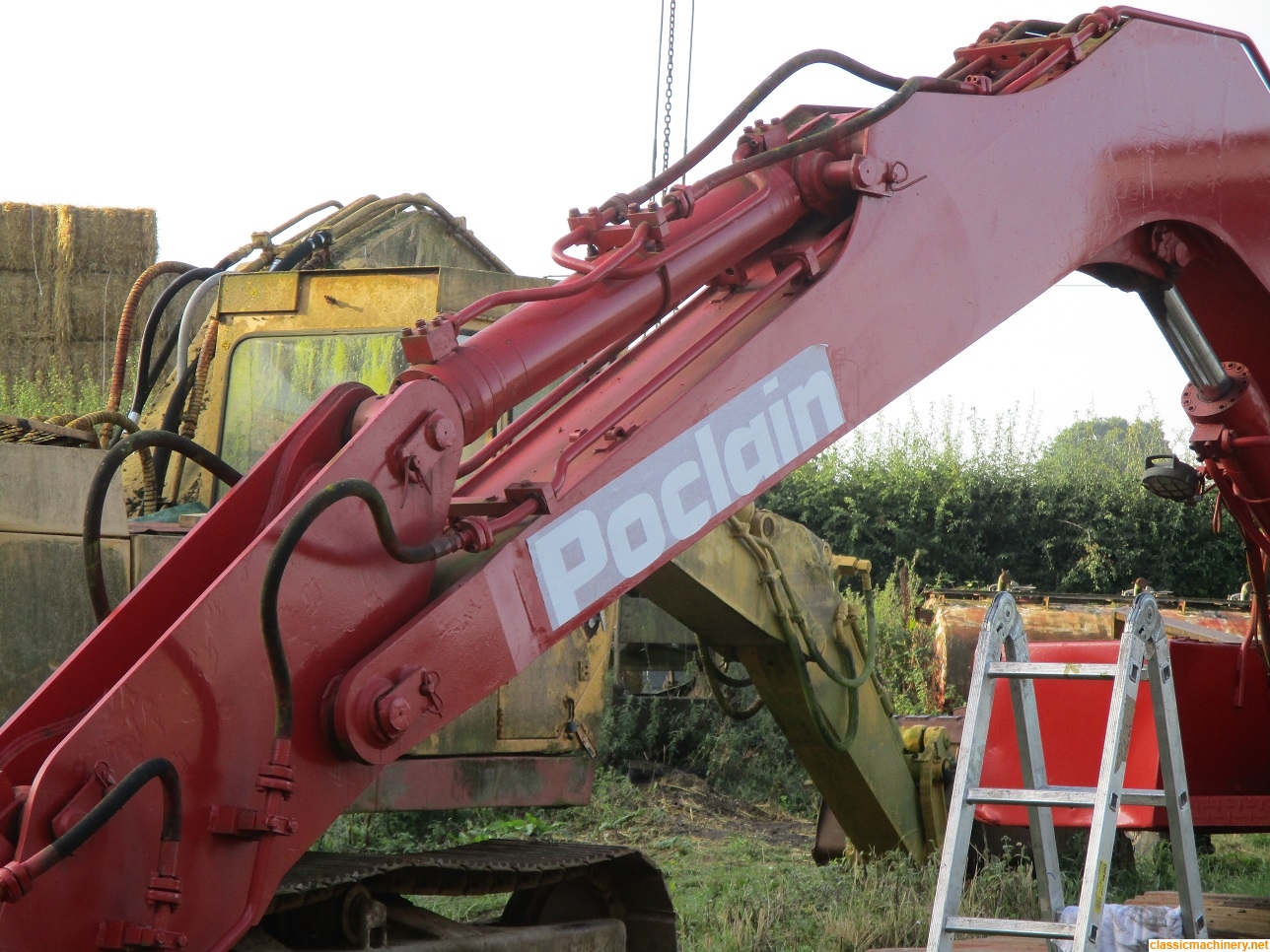 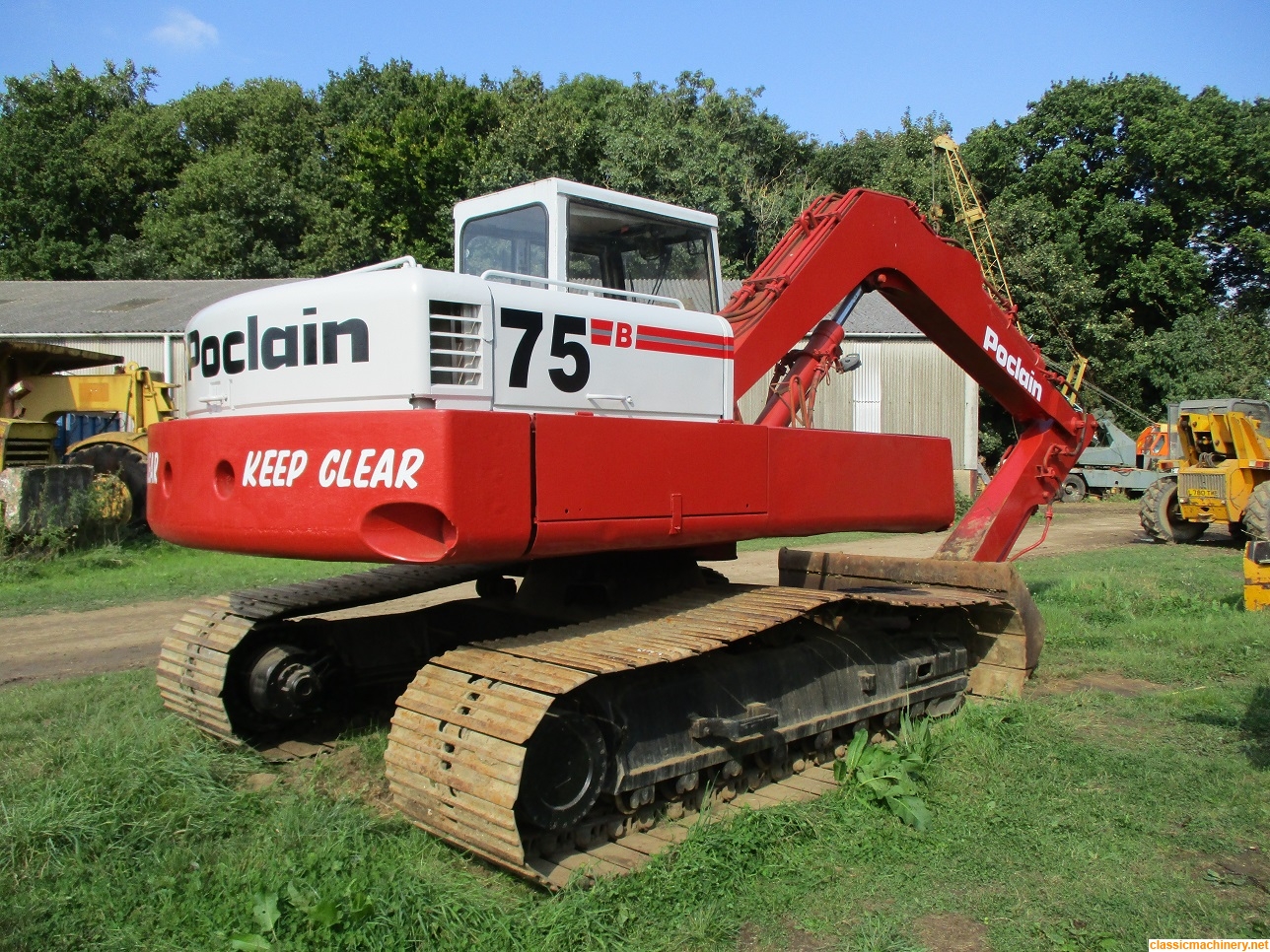 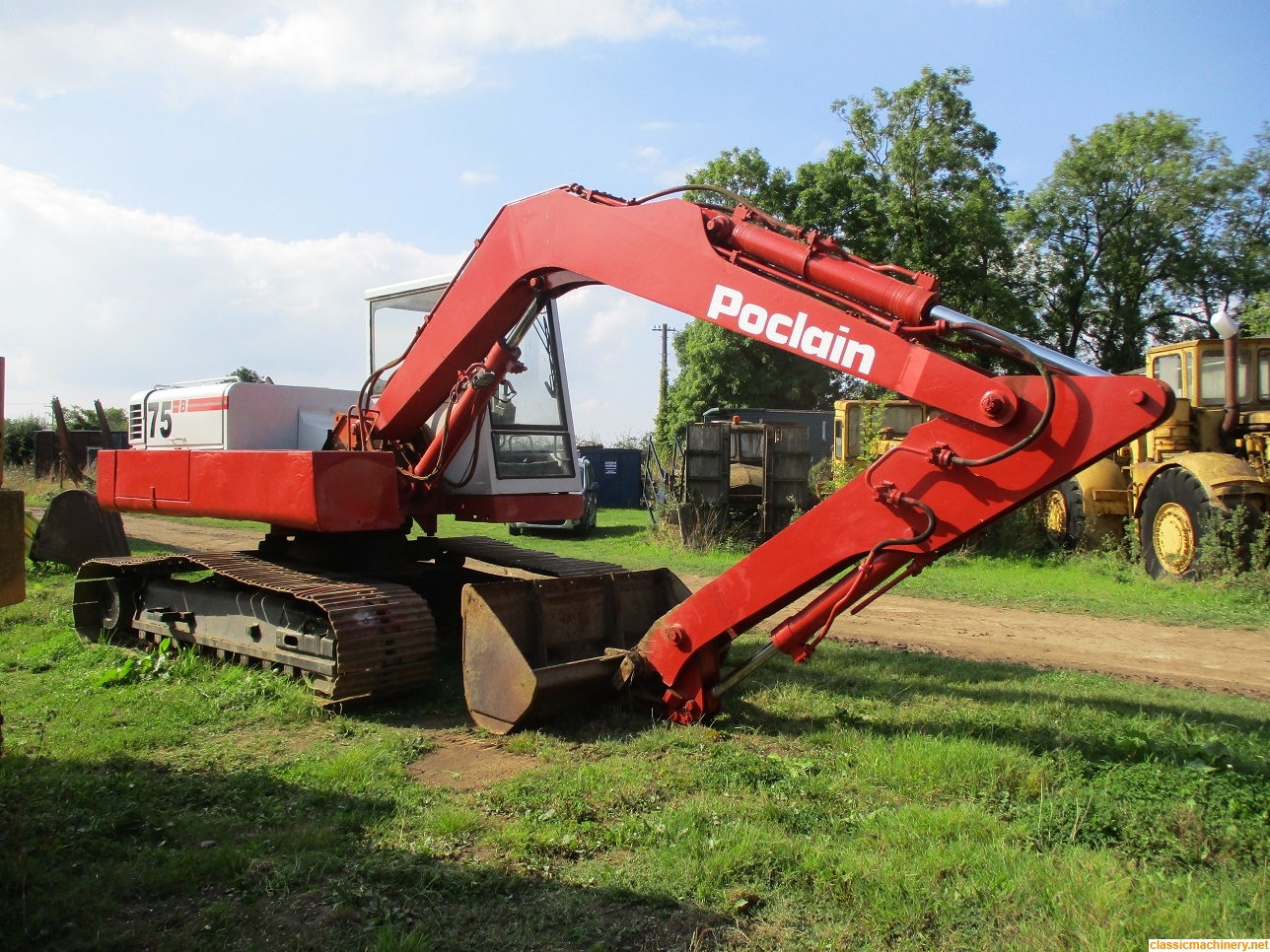 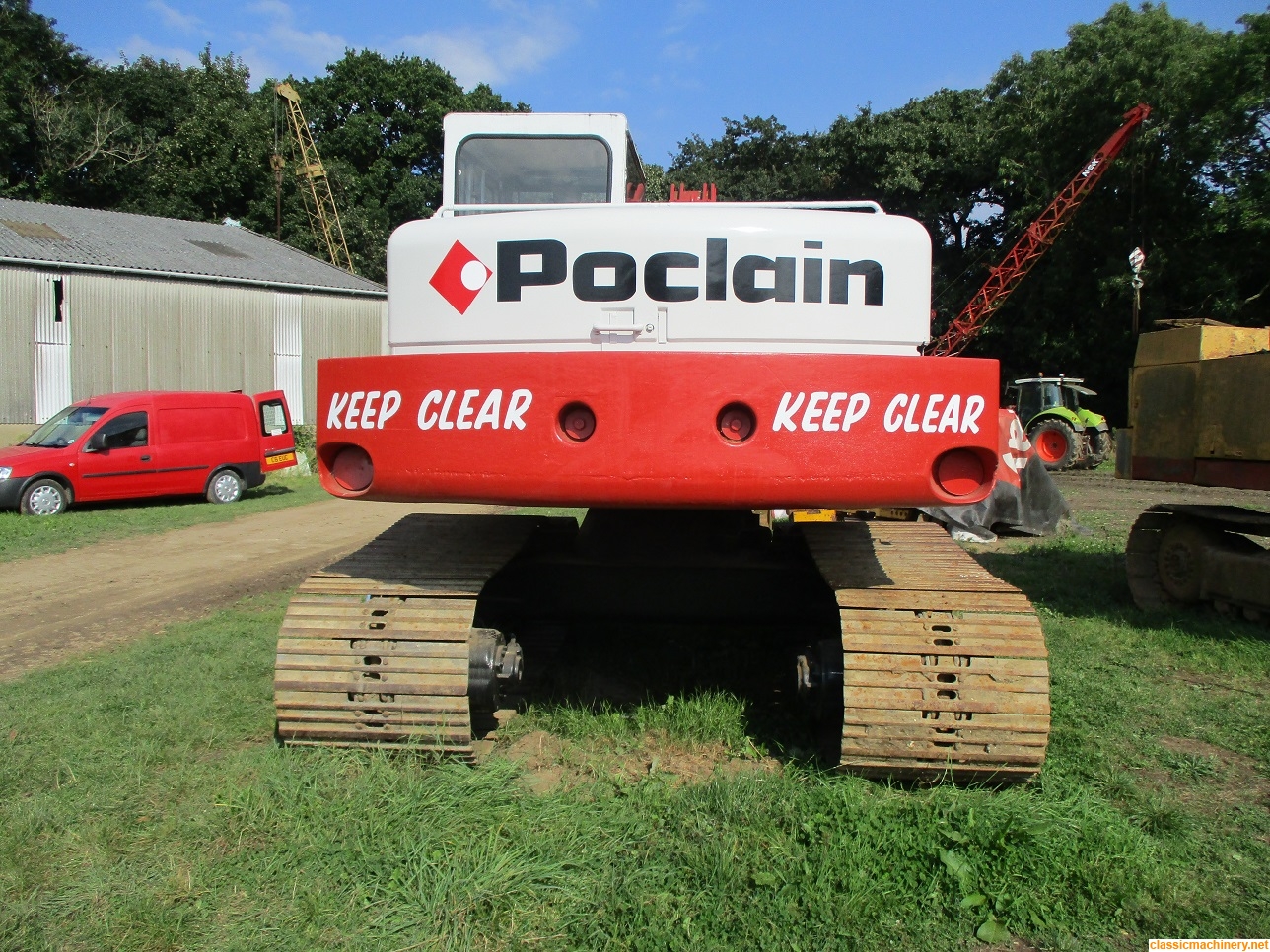 Cheers Chris there are still a few more issues to sort out but I am determined to get through them and get her finished to the best of my ability before I move onto one of the other projects awaiting my attention, I will probably start back on the Hy-mac 580BT once this one is done and finish the work off there, sadly with the machines being kept outside it does not take long for them to start to appear grubby again, all part and parcel of it I guess.

Cracking job Jeremy, I would love to come up and see your collection one of these days mate!

Nick Drew wrote:Cracking job Jeremy, I would love to come up and see your collection one of these days mate!

Nick, I believe that Andrew is holding, or planning to hold his February working event all being well and assuming that Covid doesn't screw things up again with anymore lockdowns so if you are around and the weather is okay, see if you can get an Earthmovers story nearby and pop in.

Not too much done today; firstly cleaned up the rusted connectors on the alternator, cut a long story short 27.3V when running so she's charging okay

next job on the agenda the work light which was duly fastened back together and tried out, all working there too so more success, finally painted the side panel for the ignition switch mounting.
Managed to run up the Hy-mac as well so not a bad days work. 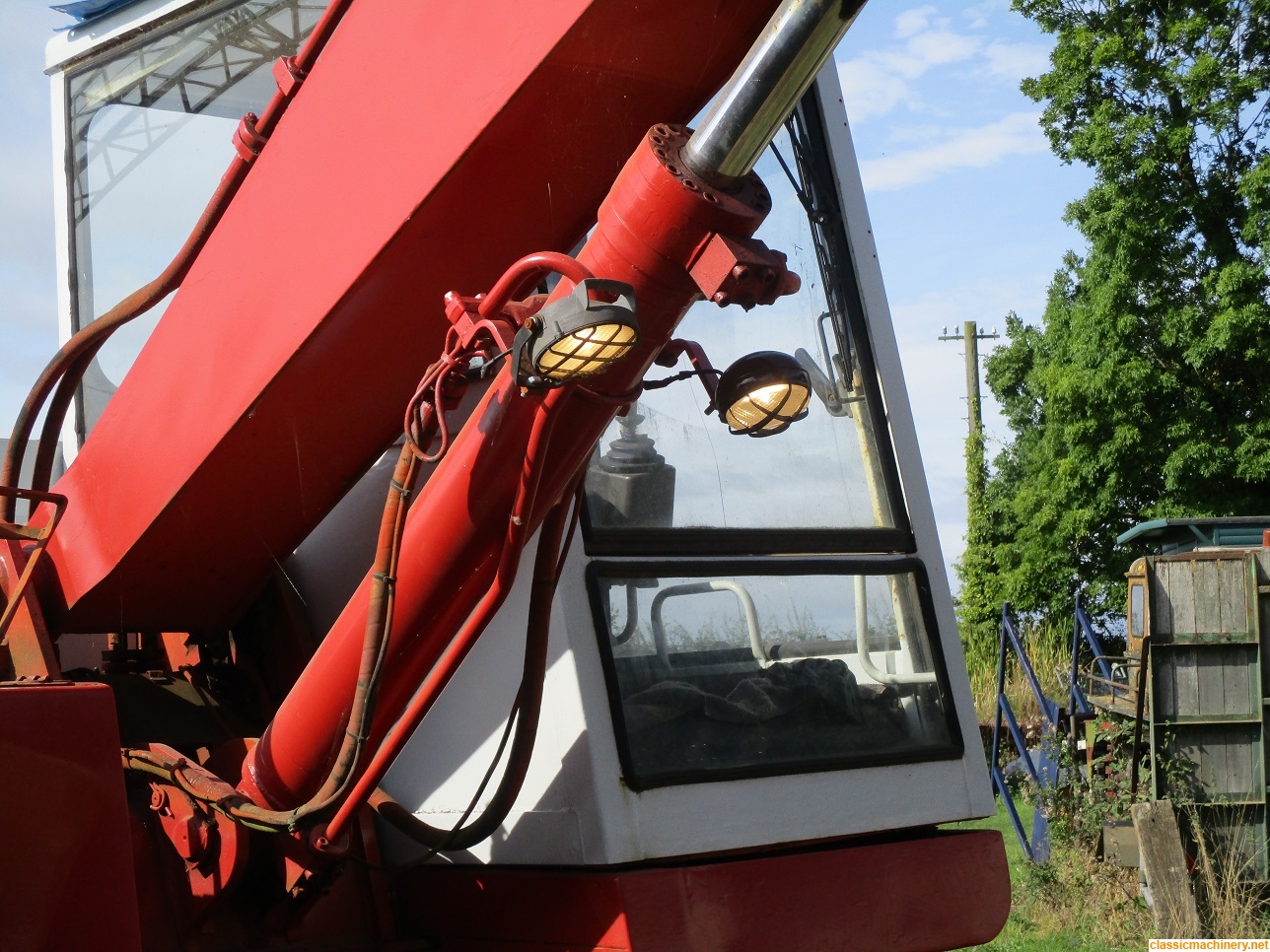 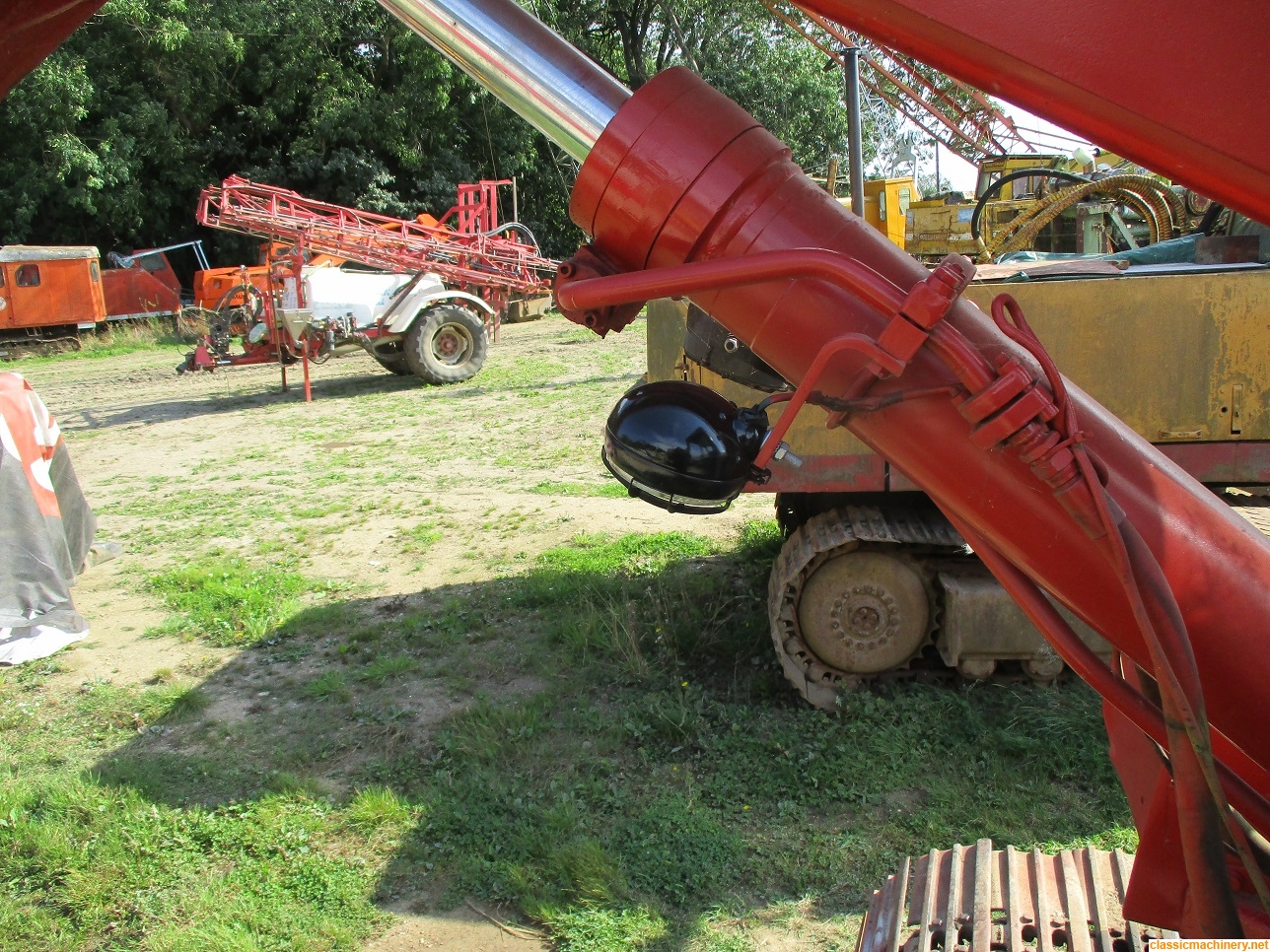 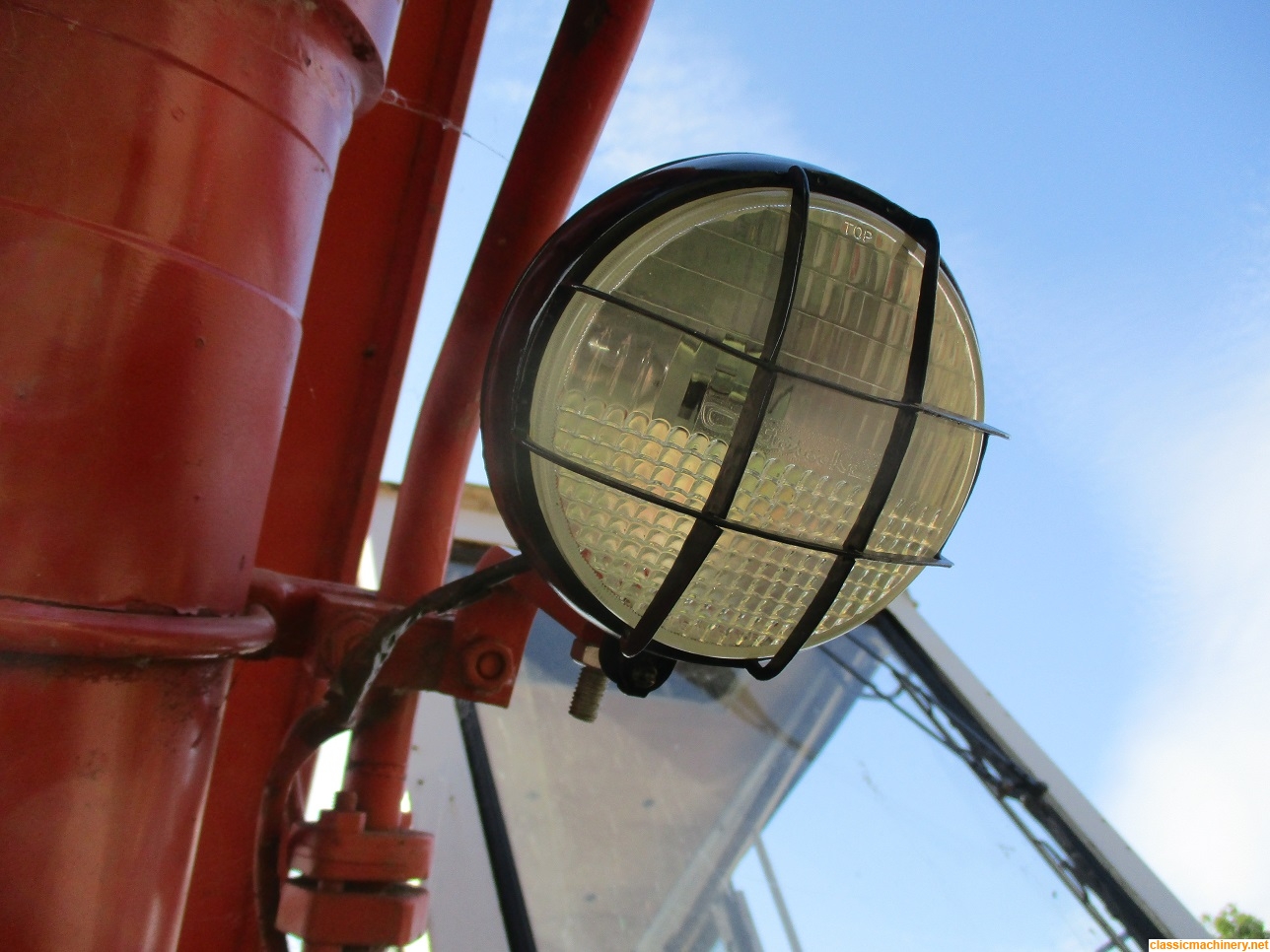 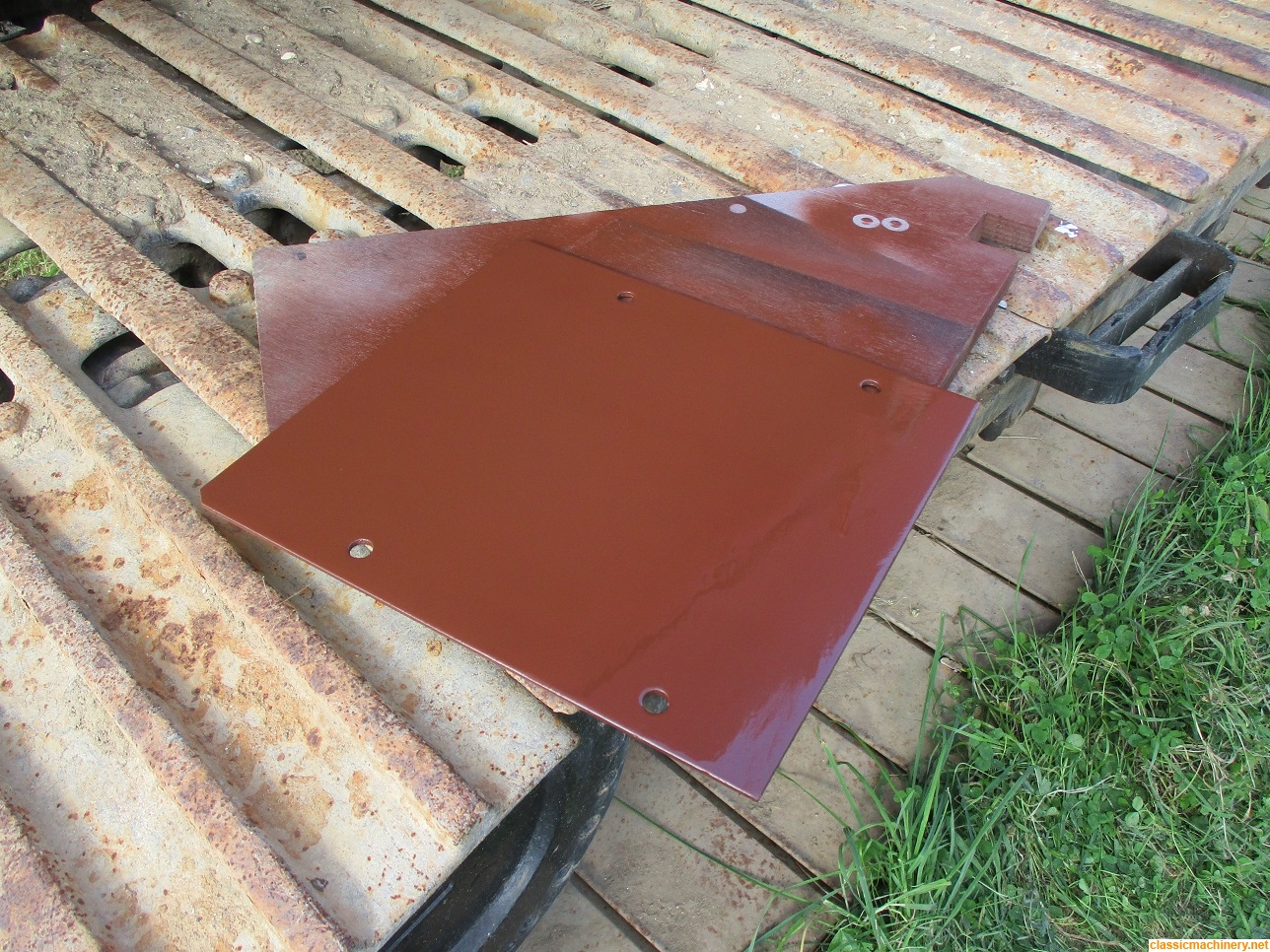 Last Thursday didn't happen but yesterday I managed to get up there; it was one of those days when I didn't feel that I had accomplished much, whatever in the end I managed to make a start on what I hope will be the last big job on this machine, I may just be able to get and do some more on the 580BT then!
After starting the machine and moving it then a couple of bucket scoops and large piece of timber under the tracks it was time to start the job of stripping the rotary distributor, this has to be lowered to the ground underneath the machine, although I am lead to believe that it does come apart but looking at the size it appears to be a fair weight.
The first job was to drain the hydraulic oil for which I had a small pump of my own which turned out that it would pump the oil but I could have sucked it out with a straw quicker, so Andrew kindly lent me his pump which got the job done. I did disconnect a couple of the pipes at the bottom of the distributor to try and drain the oil best I can before the unit actually comes apart, during this process I managed to break a reducing coupling which I will now have to replace, getting that apart also proved annoying, anyway all set for the dizzy strip down next visit if all goes to plan. 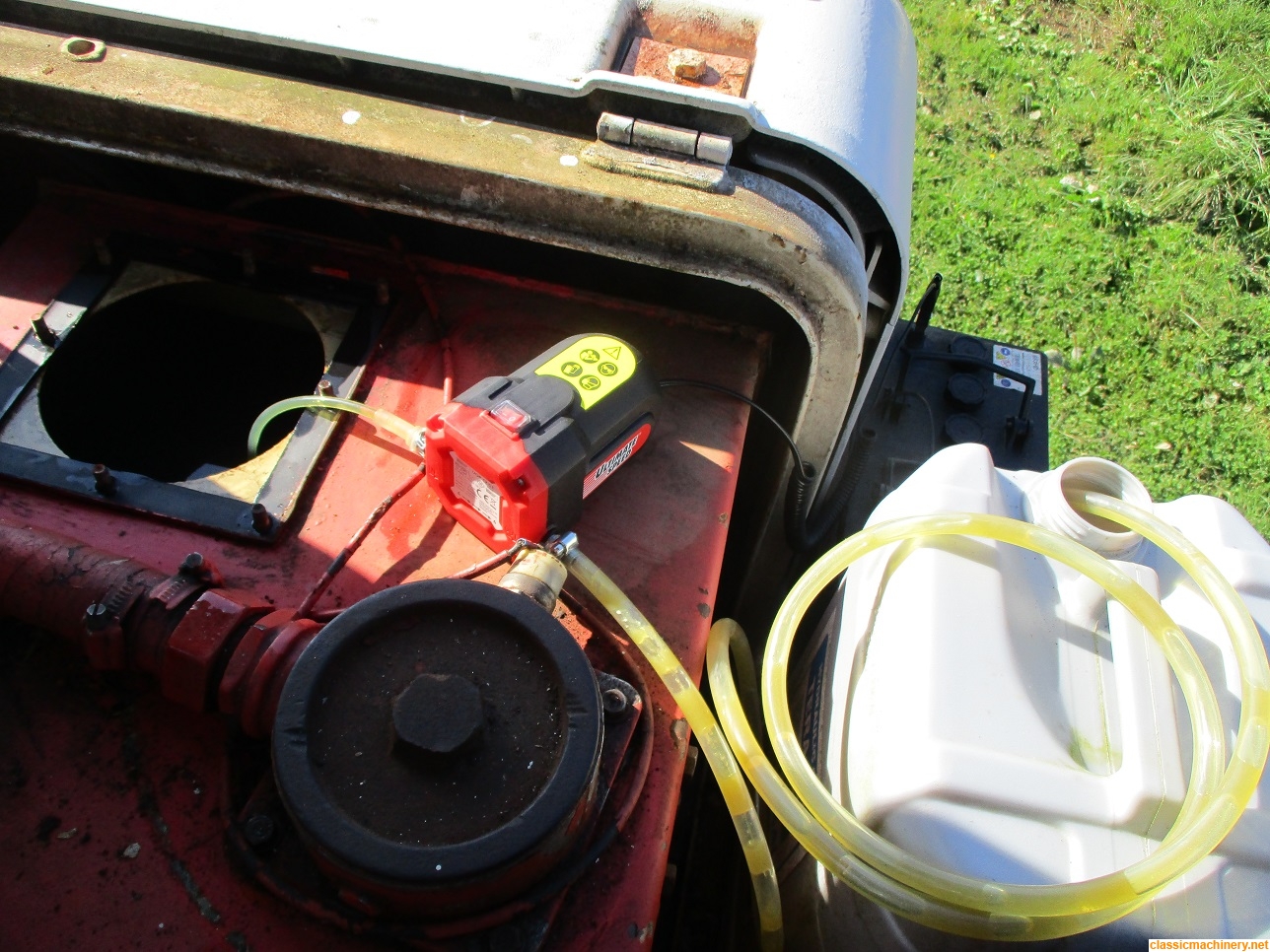 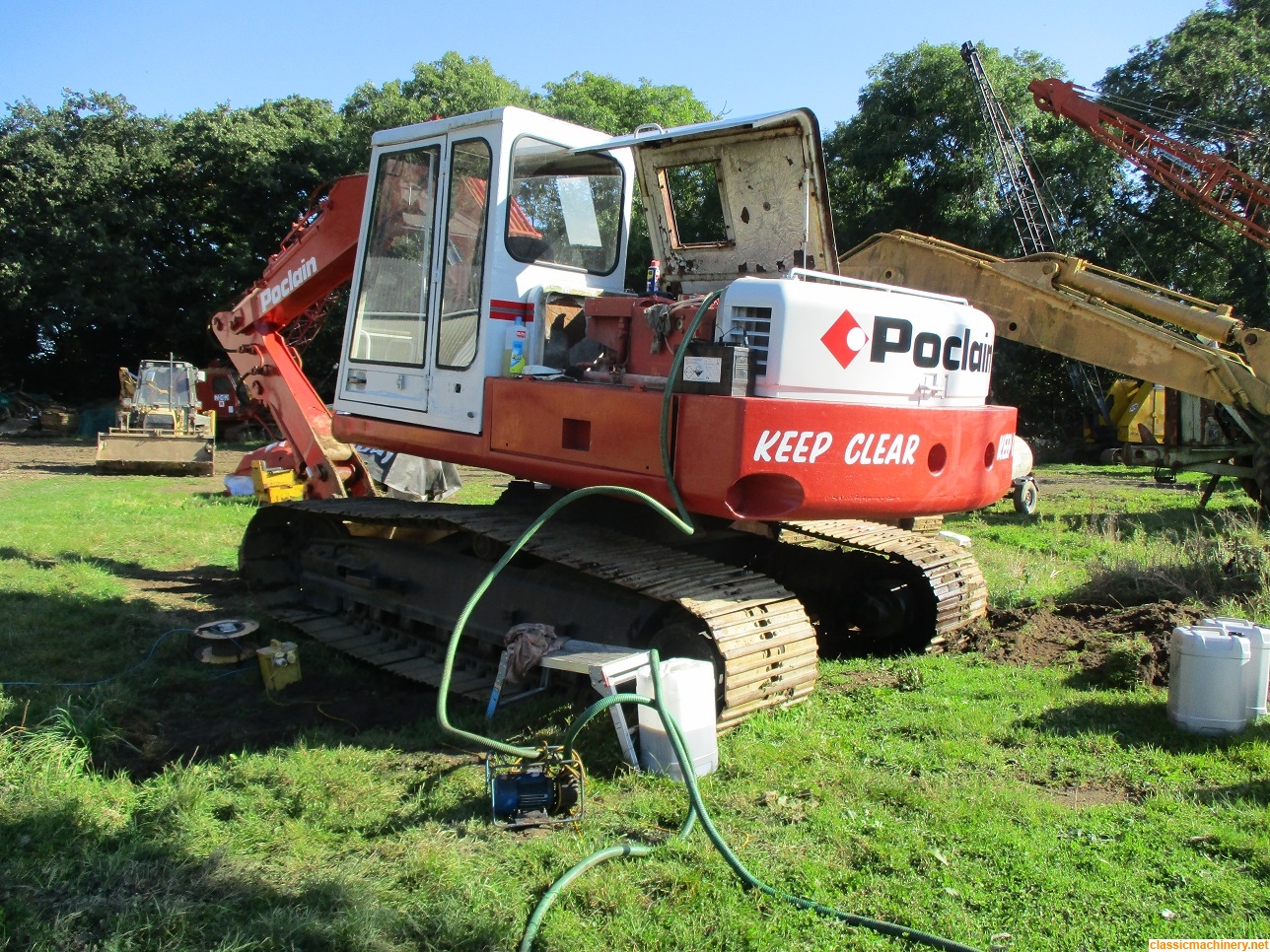 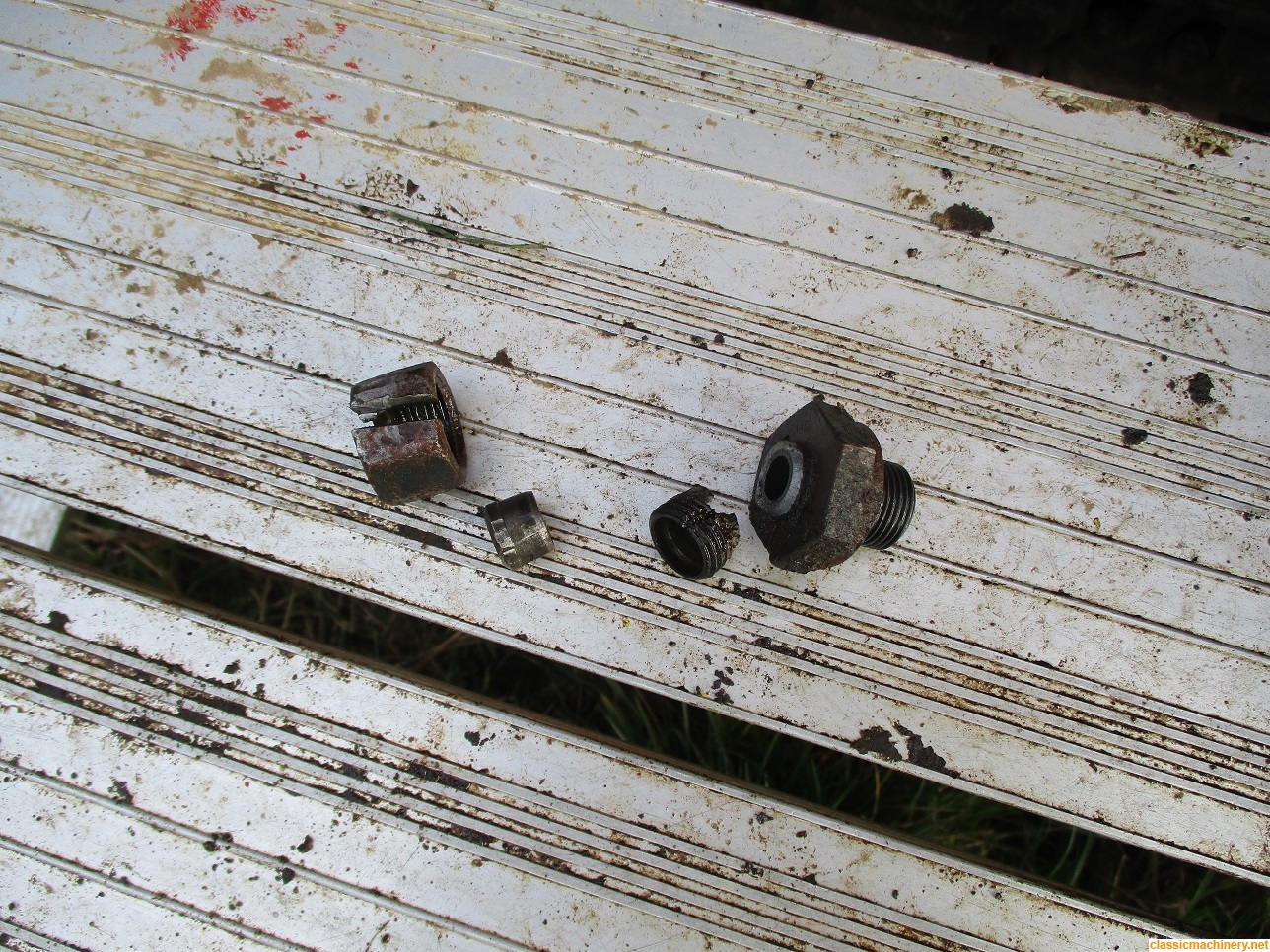 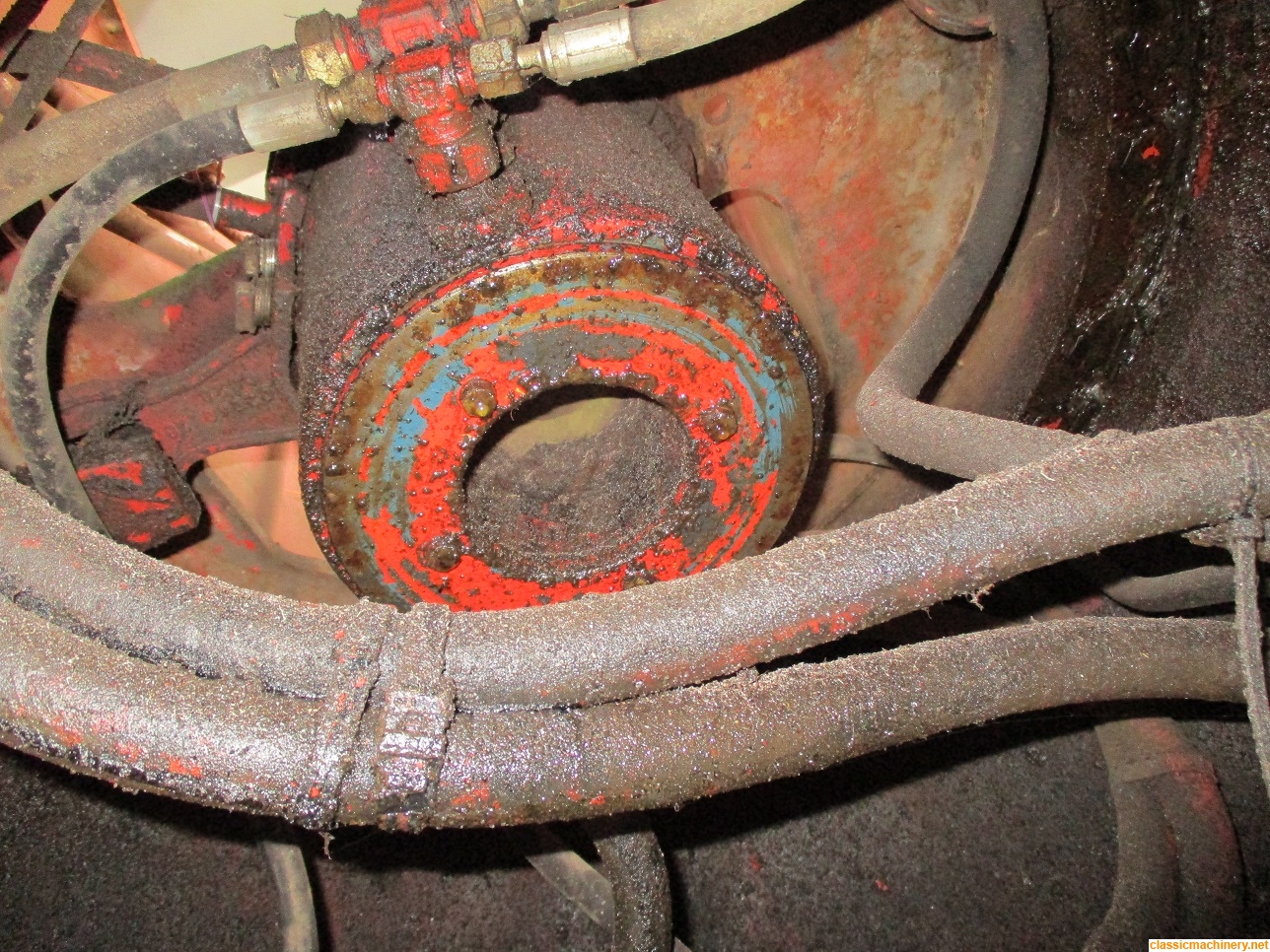