AJ. wrote:The starter not engaging is usually caused by the clutch in the Bendix drive slipping,very common fault with the Bosch starter,I used to carry a spare Bendix to save time taking the starter to the repair shop,the cooling belt coming off is a serious issue,the engine must not be run without the belt as the cooling fan will not be working and the engine will over heat and seize up fairly quick,check why that is happening see the jockey wheel is not slopping about and the fan bearings are good,the jockey wheel has a warning switch that should be working to alert the operator if the belt fails,on the engine side of the fan there is a cover held on with two over centre clips,that cover needs to be removed and the cylinder barrels and heads blown out to get rid of any debris/dust in there that could impede the cooling,one cannot put enough empathises on the cooling of those engines which its often overlooked it, you have smartened it up real nice well done .
AJ

AJ Thanks, I ran the engine and watched the jockey pulley it does move and slop about a bit specially when the engine is on tick over does this mean that the spring is weak? When I put the belt back on the spring felt like it had plenty of tension to me, what did you normally find was the cause? The engine does have a warning switch that is supposed to operate the horn if the belt fails or comes off but this does not work which for a machine of her age comes as no great surprise.
How difficult is the Bendix to change on the starter; I would assume that you remove the starter and strip it from the back?
Cheers

Yes the jockey wheel moves when on tick over but if its throwing the belt something is causing it,take the belt off and check if the pulley bearing,also check the arm where it comes out of the housing that the bush is not worn and that can cause the pulley to be out of line,check the fan bearings for freeness and play while the belt is off,I take it the belt is good,examine it and if there any lumps on it change it,the pump coupling has to be loosened and the spacers between it and the pulley taken out to get the belt in, yes the starter has to come off to fit the Bendix,then the solenoid and the front nose,the Bendix is held on with a cir clip,take that off and the Bendix will slide off,I had a look on ebay typed in Bosch starter motor Bendix and some came up,I do not know which one you want there is one on there that says for the Detuz engine it's at the link below,it is up to yourself to establish its the right one count the teeth on yours.
AJ
https://www.ebay.co.uk/sch/i.html?_from ... x&_sacat=0
Top

Once again today's weather prevented anymore paint spraying so I decided to take a look at the starter motor issue taking onboard what AJ had said; the starter was removed and stripped down on the bench in Andrews shed. The only issue I had was the rear cover was a bit tight on the back of the commutator journal, hence the puller but I wanted to check the lot while I was on with it.
Yes the starter Bendix was truly shot, it has 9 teeth and is stamped SDDA0124 so I will have to see which one it is from the pics on Fleabay. 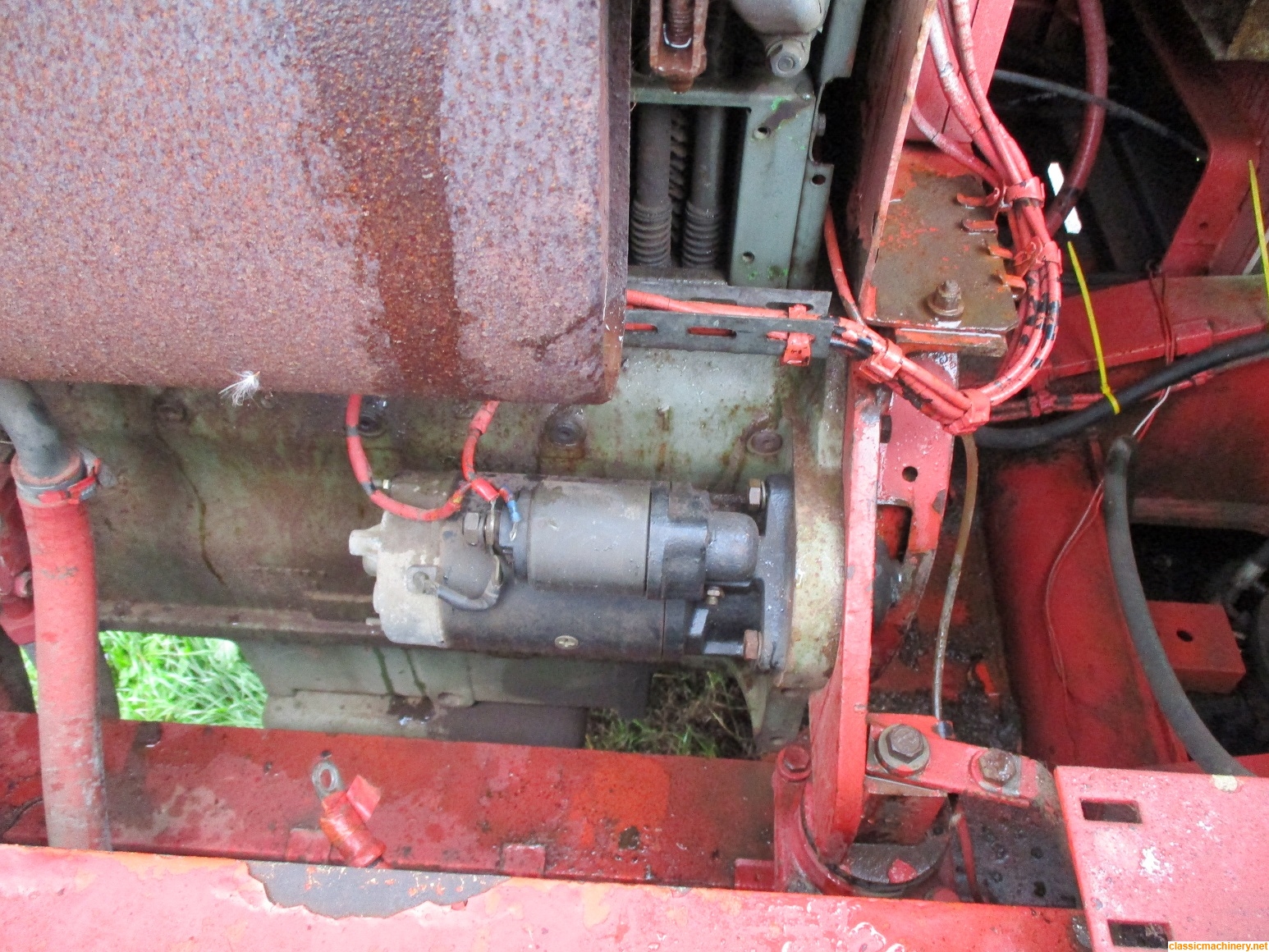 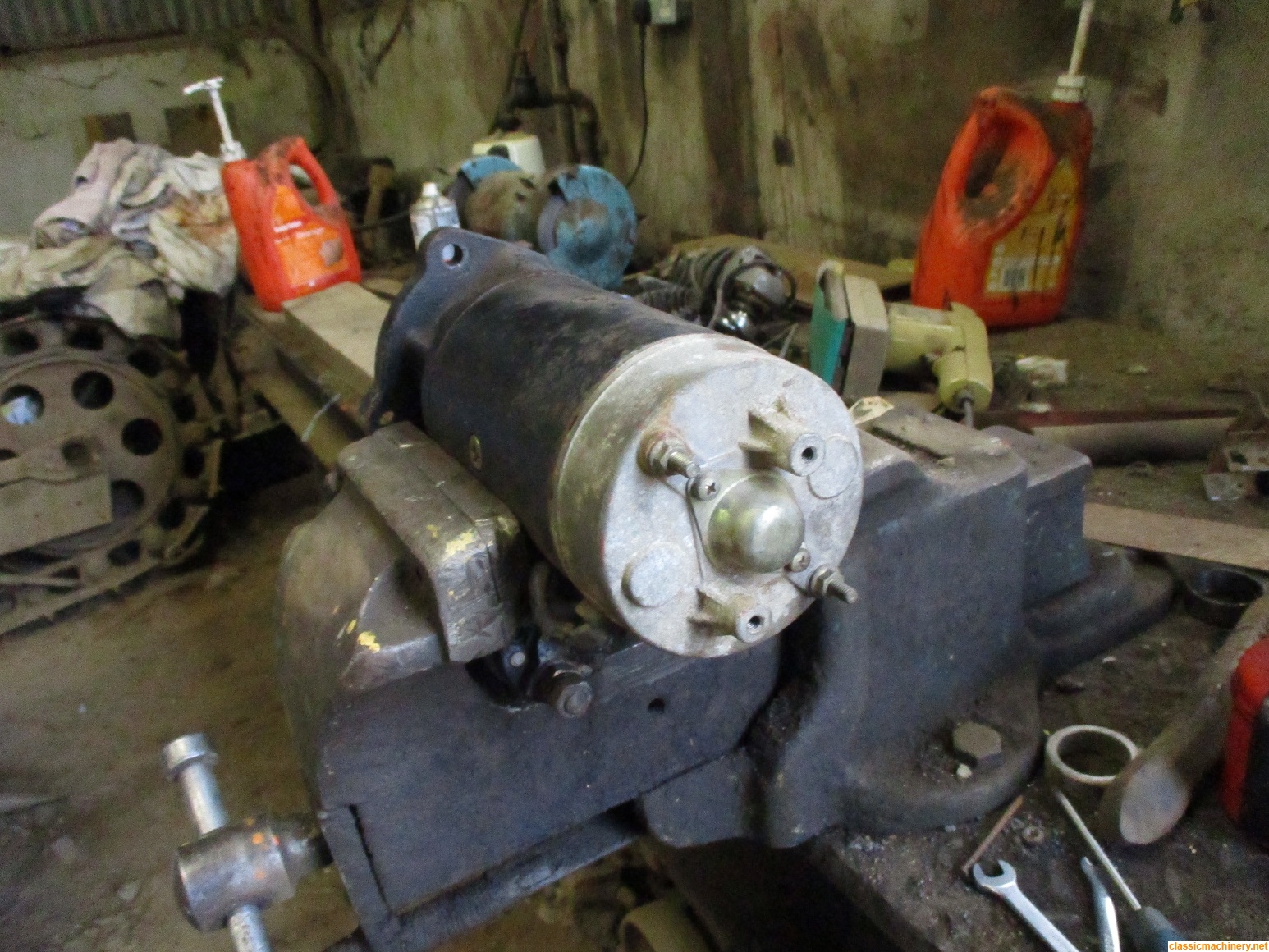 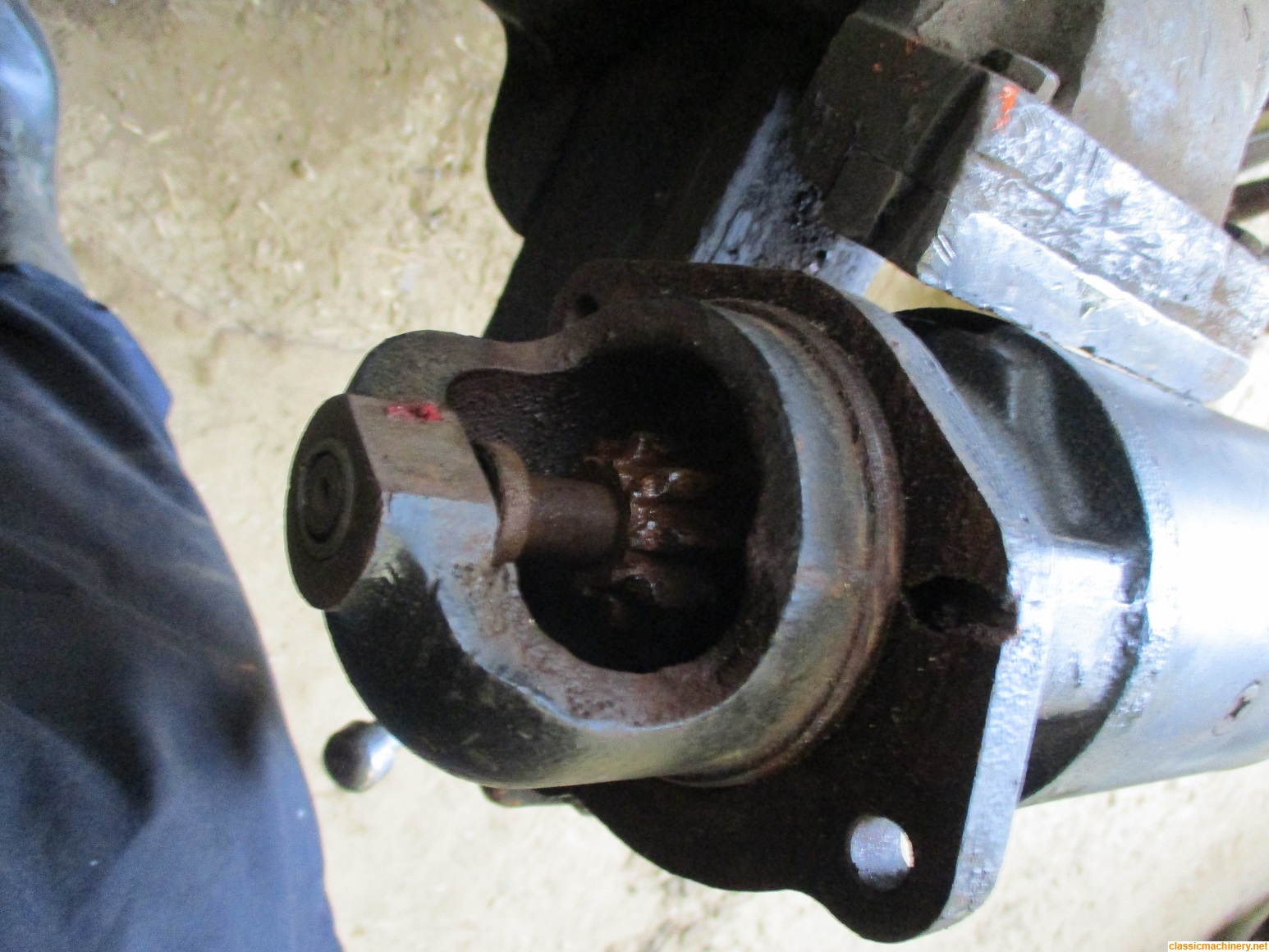 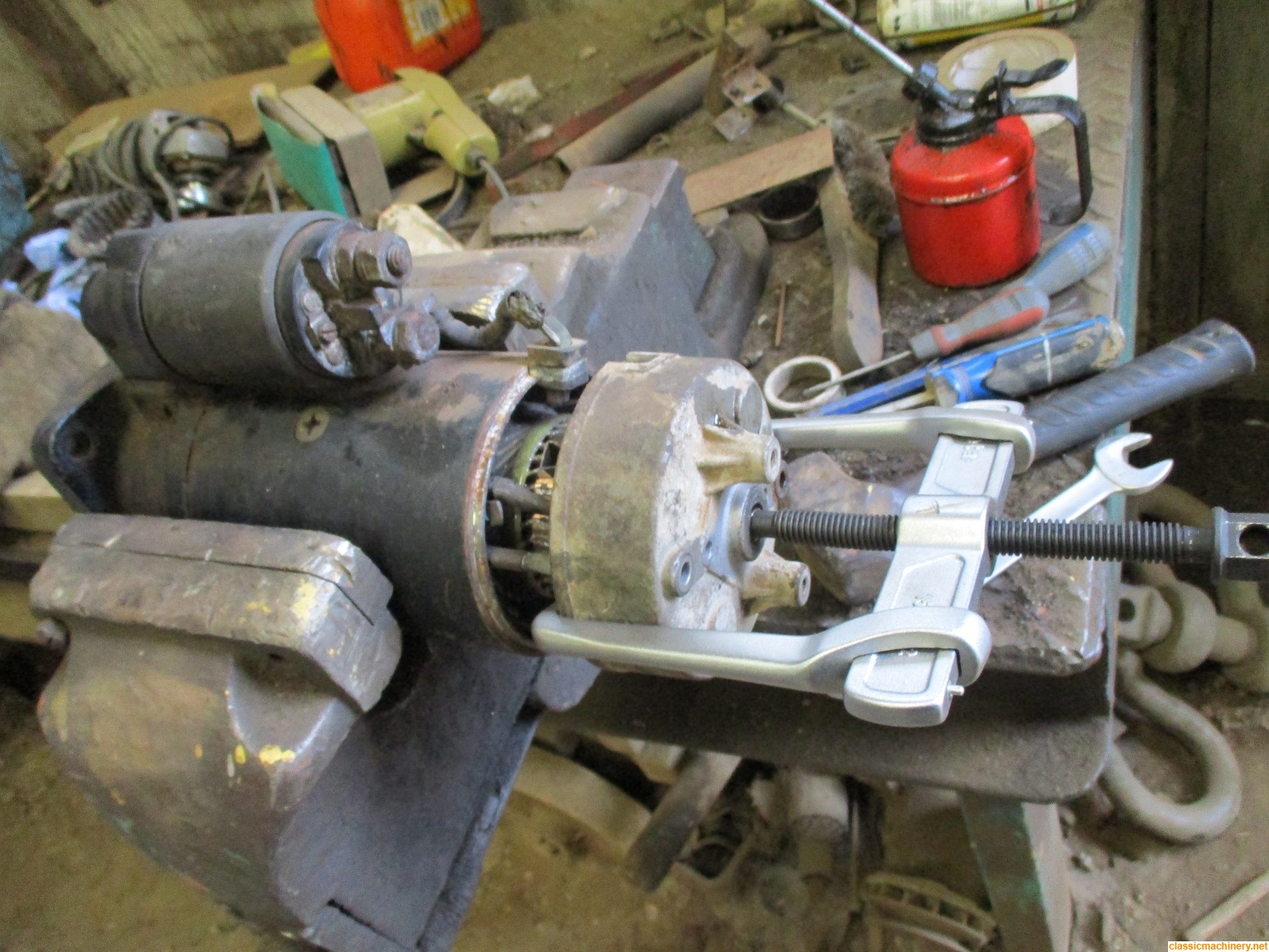 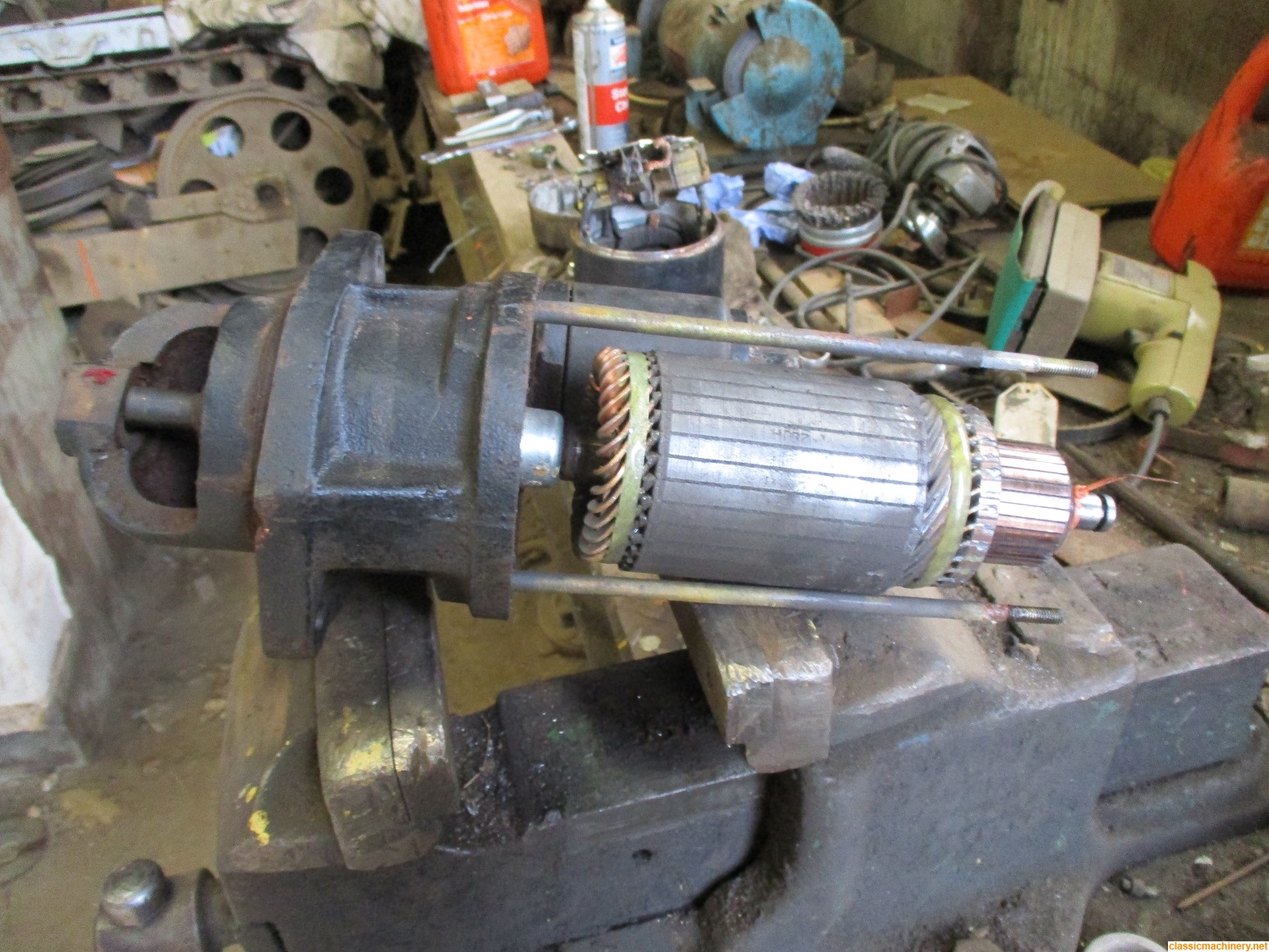 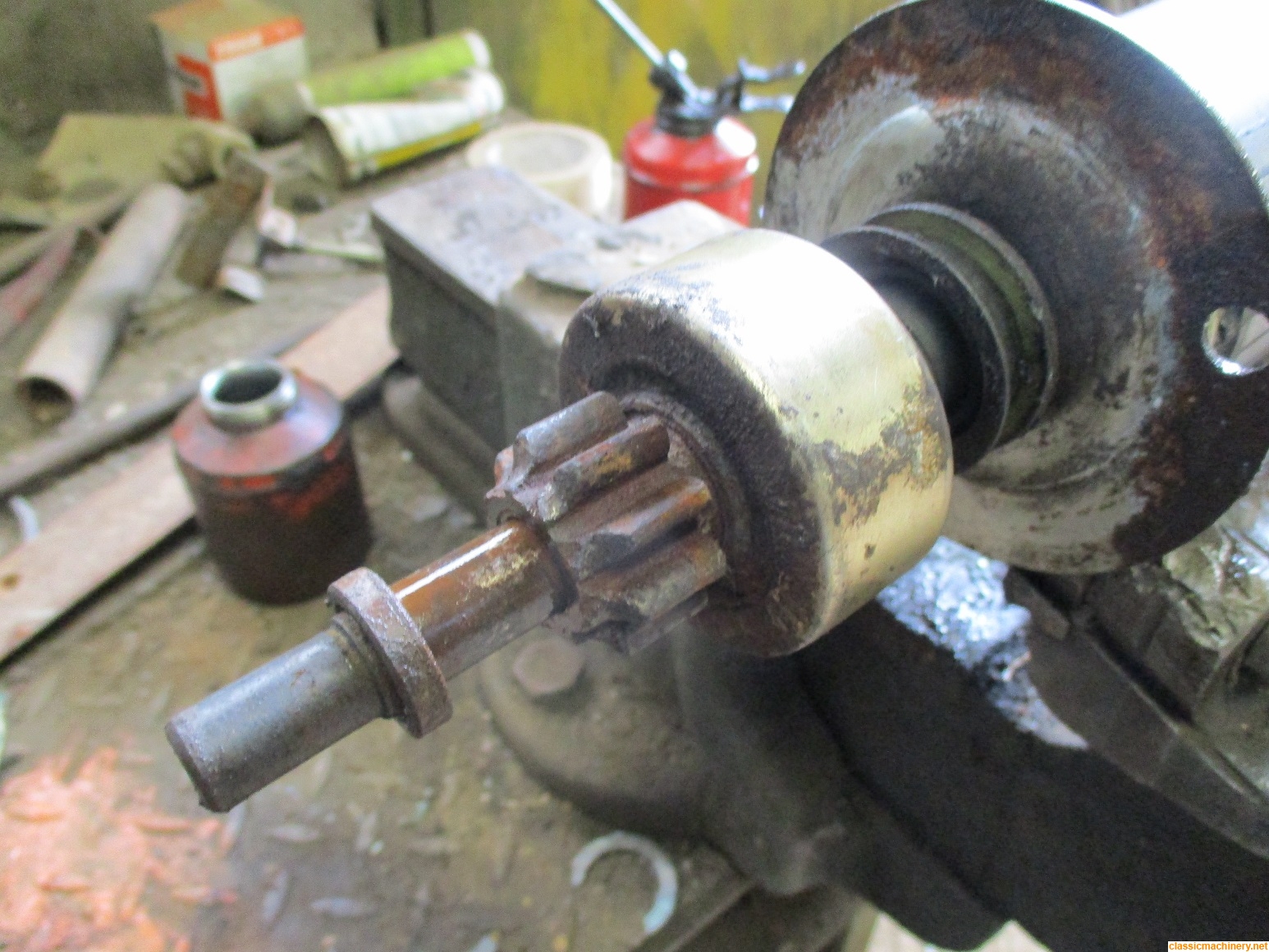 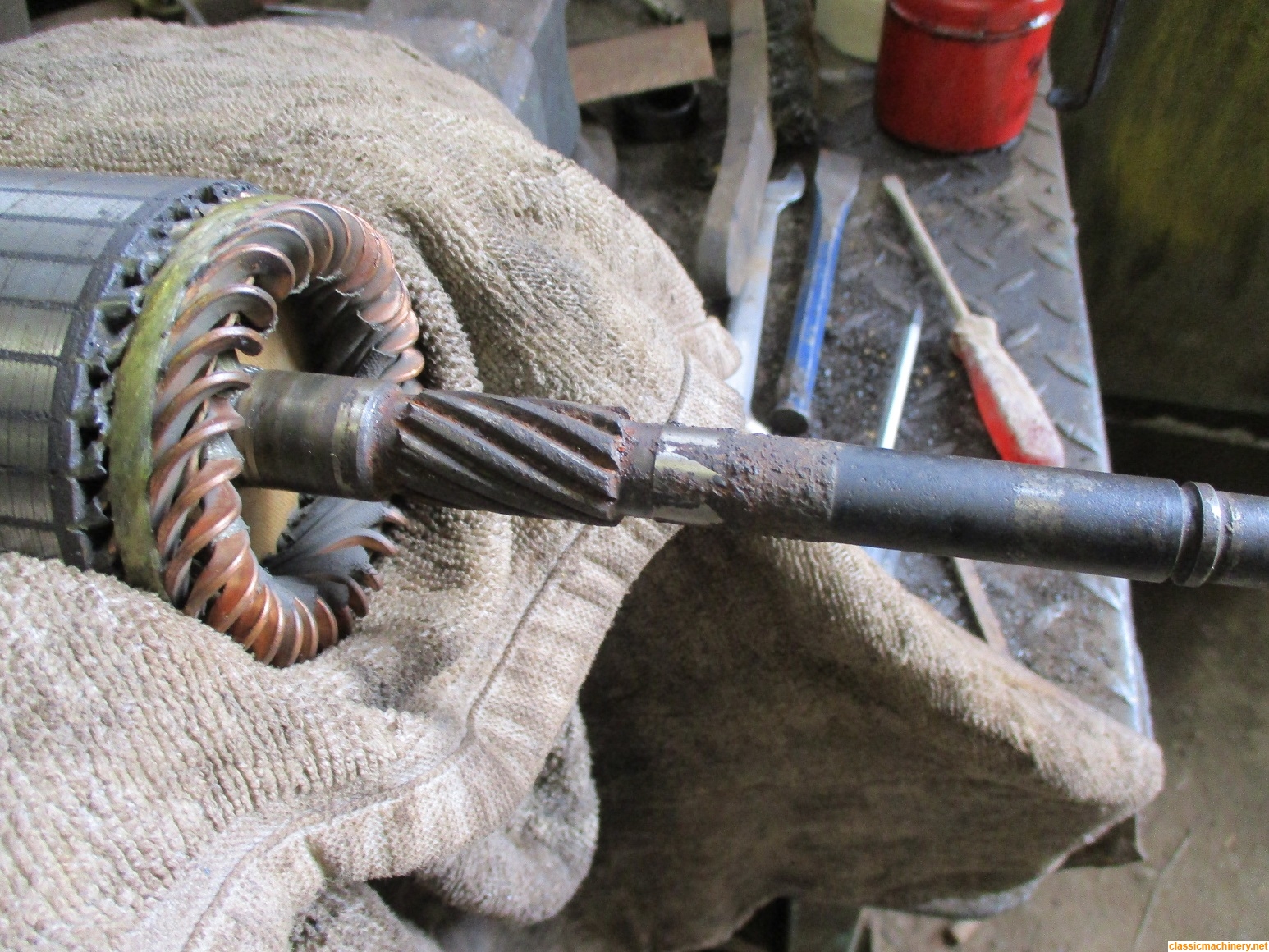 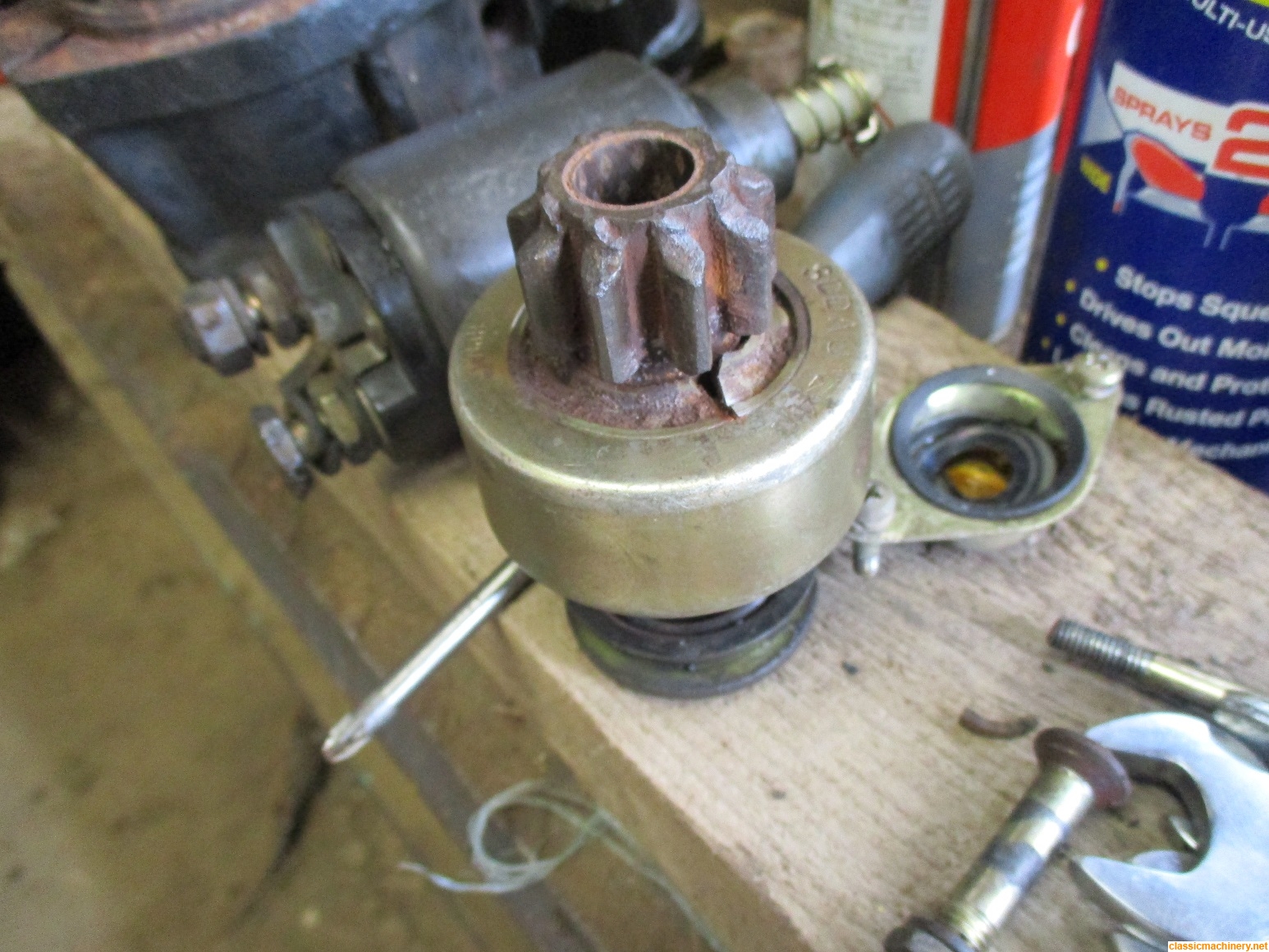 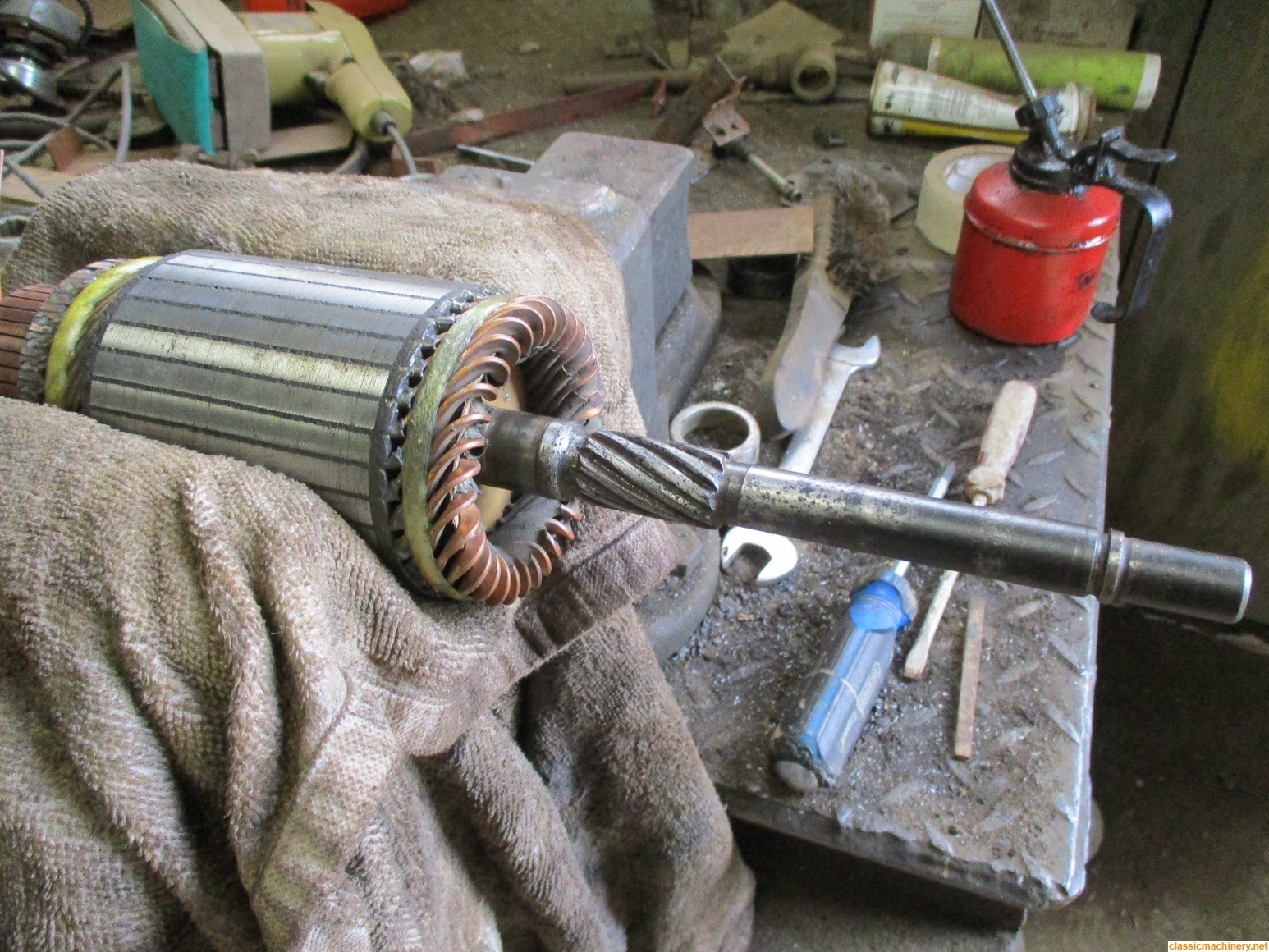 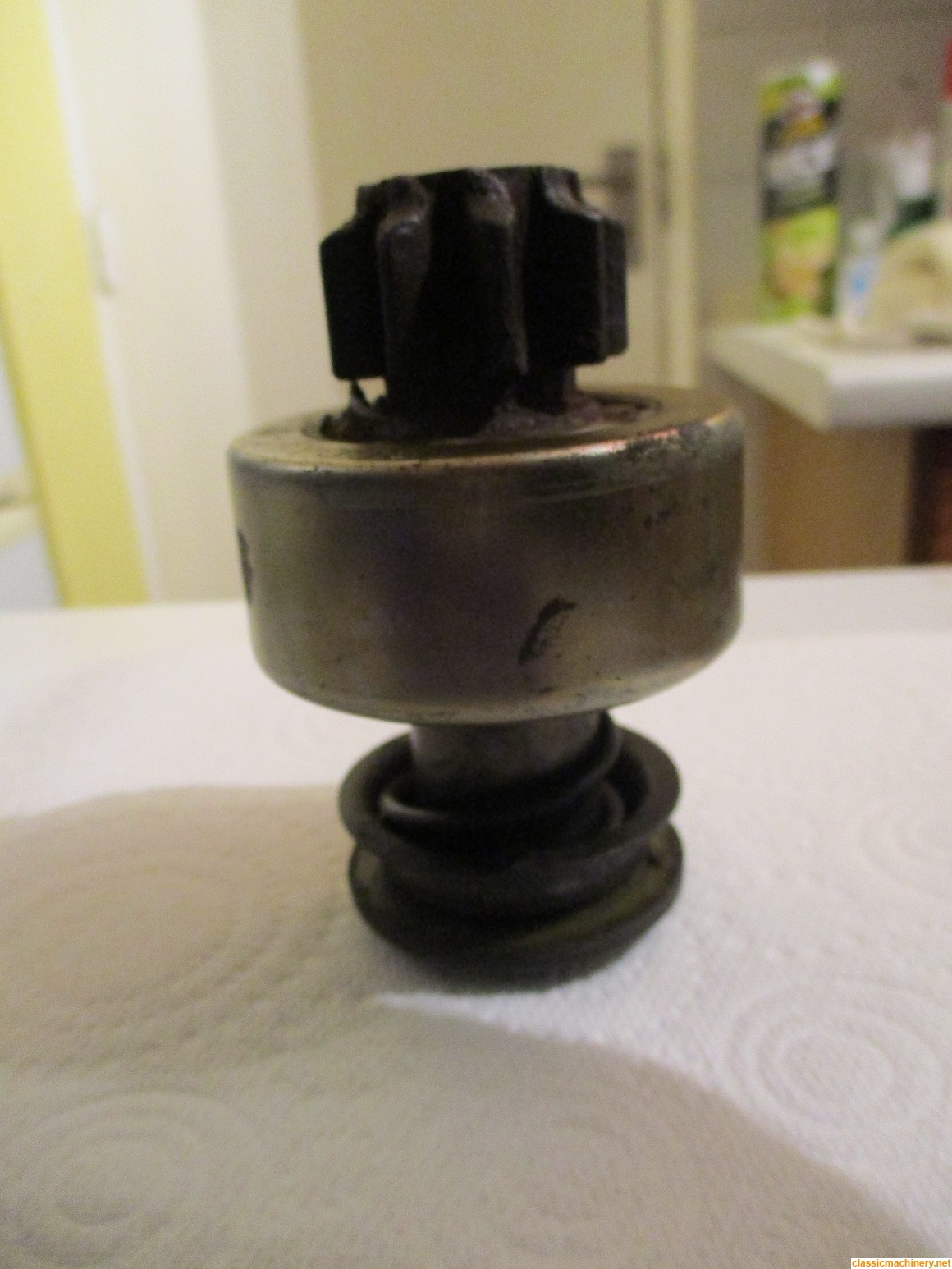 Looks like there plenty rust in there probably caused by someone being over zealous with the pressure washer, hope the ring gear is ok, nice easy starter to get off,plenty room on that side of the engine not so the other side especially if the lift pump needs cleaning,there is a gauze filter in the lift pump that needs cleaning from time to time cursing and swearing is allowed while doing it.
AJ
Top

Well today I managed to get up to the machine; I had a new starter clutch/bendix assembly ready for fitting, however my main plan was to try and get a bit more painting done on the digger.
Being as things were damp when I arrived I decided to rebuild the starter motor first and fit it on to give the weather chance to dry things out a bit before attempting any bodywork or painting. I managed to rebuild the starter with ease, just as I had finished fitting it there was a brief shower of rain so I decided to not bother with anymore painting until a better days weather. The starter worked fine so I was really pleased about that.

I also had acquired a new set of genuine Deutz drive belts so as painting was off the agenda I decided to fit those; now the two belts already on the machine were an unknown quantity, some previous owner had cable tied them around the hydraulic pump so as not to have to disconnect its drive coupling to get the belts over the engines front pulley and I had simply fitted those.

Now I can understand why they didn't want to disconnect the pulley coupling because the socket cap-head pins were very tight and I soon found myself adding copious amounts of money to my swear box as I struggled to get them undone; after much ado they did come out and when I finally refitted them I had not only cleaned them up but put plenty of copper anti-seize compound on them so future removal should not be such an issue, they are M16 x 70 Socket caps.
I took the trouble to check the pulleys etc. the fan pulley spins freely, there is a small amount of play in the bearings unfortunately I didn't have my DTI and magbase with me to measure it exactly, my best guess would be around 0.010" play so not much, I asked Andrews opinion and he thought they were okay, must confess I would like to get some lube in them if that is possible without removal of the whole assembly? The old fan belt was more than likely the cause of it being thrown when I compared it to the new genuine article, when I ran the machine after reassembly the jockey/adjuster pulley was not jumping about as much as before.
I also checked the best I could the warning switch but there was no power to the cables going to it so I have another issue there to sort, all in all though a good result for me today. 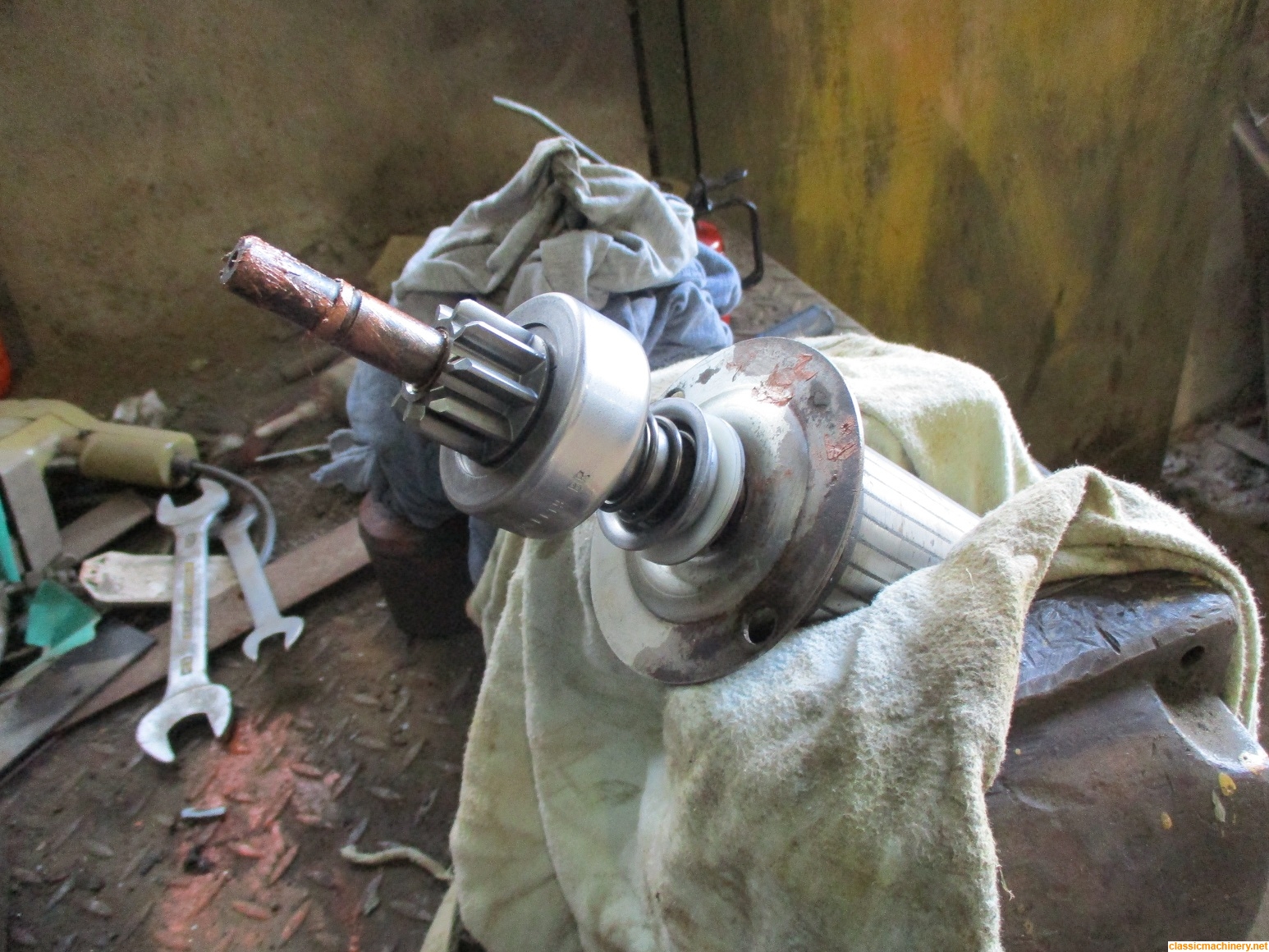 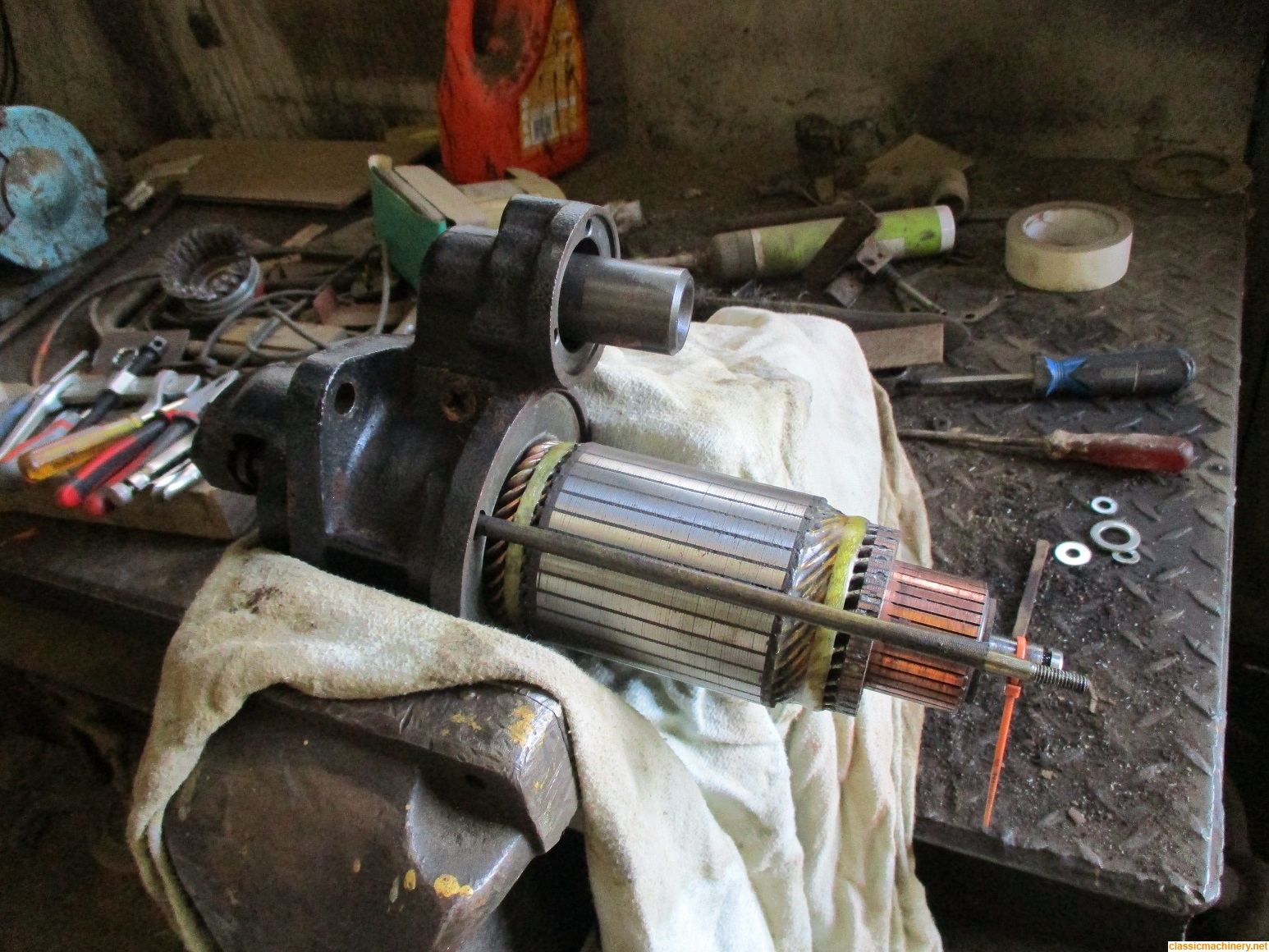 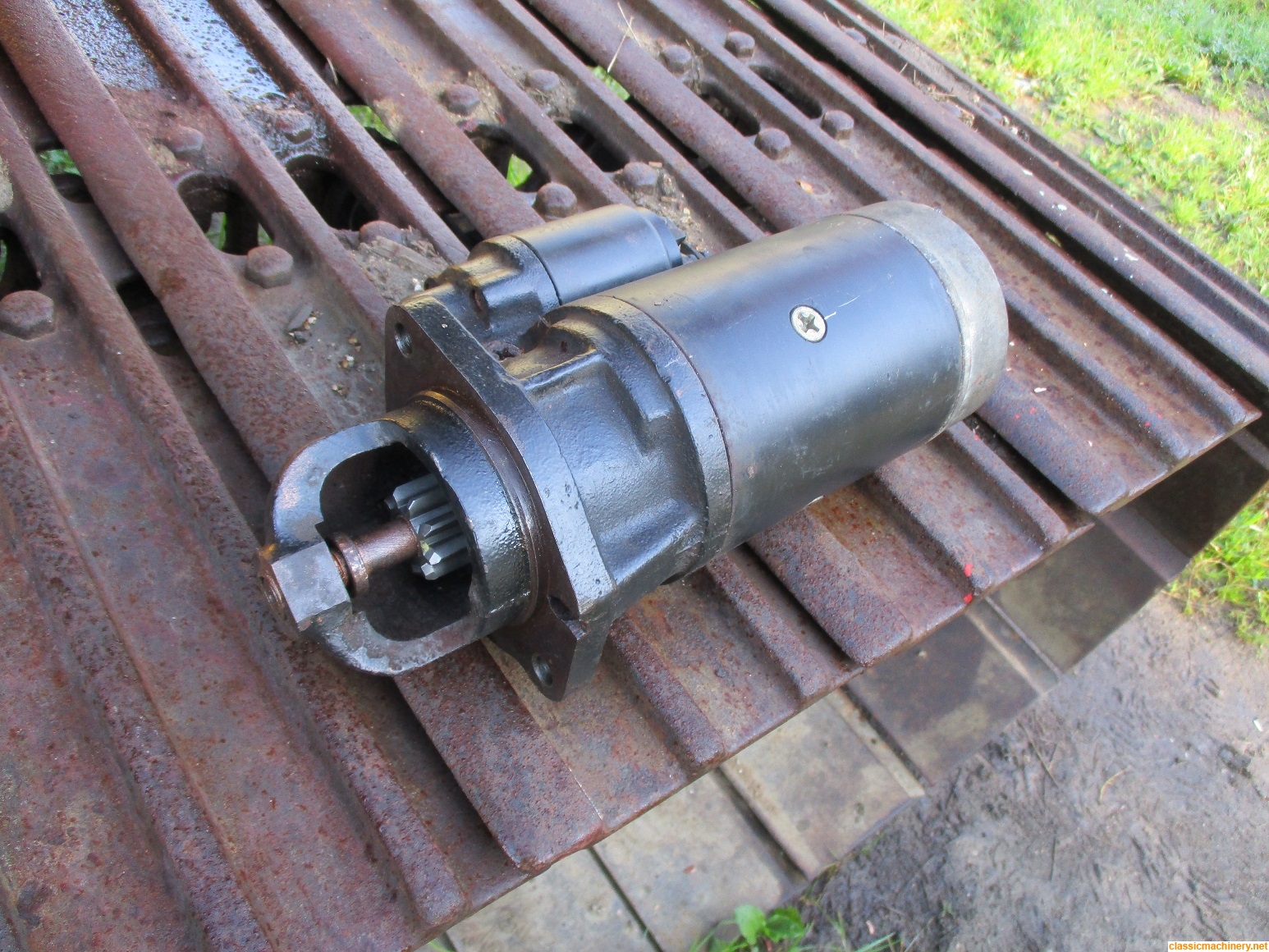 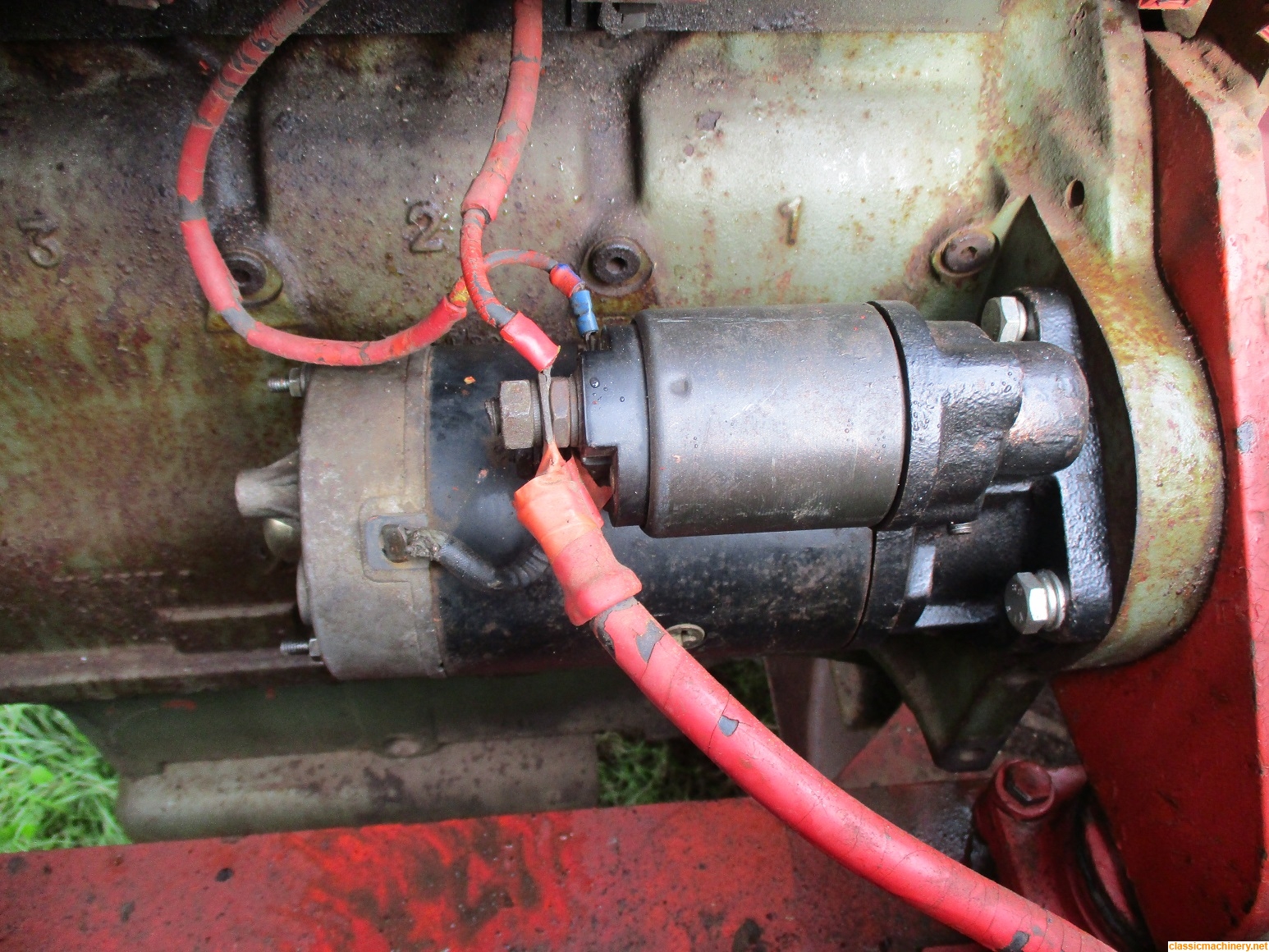 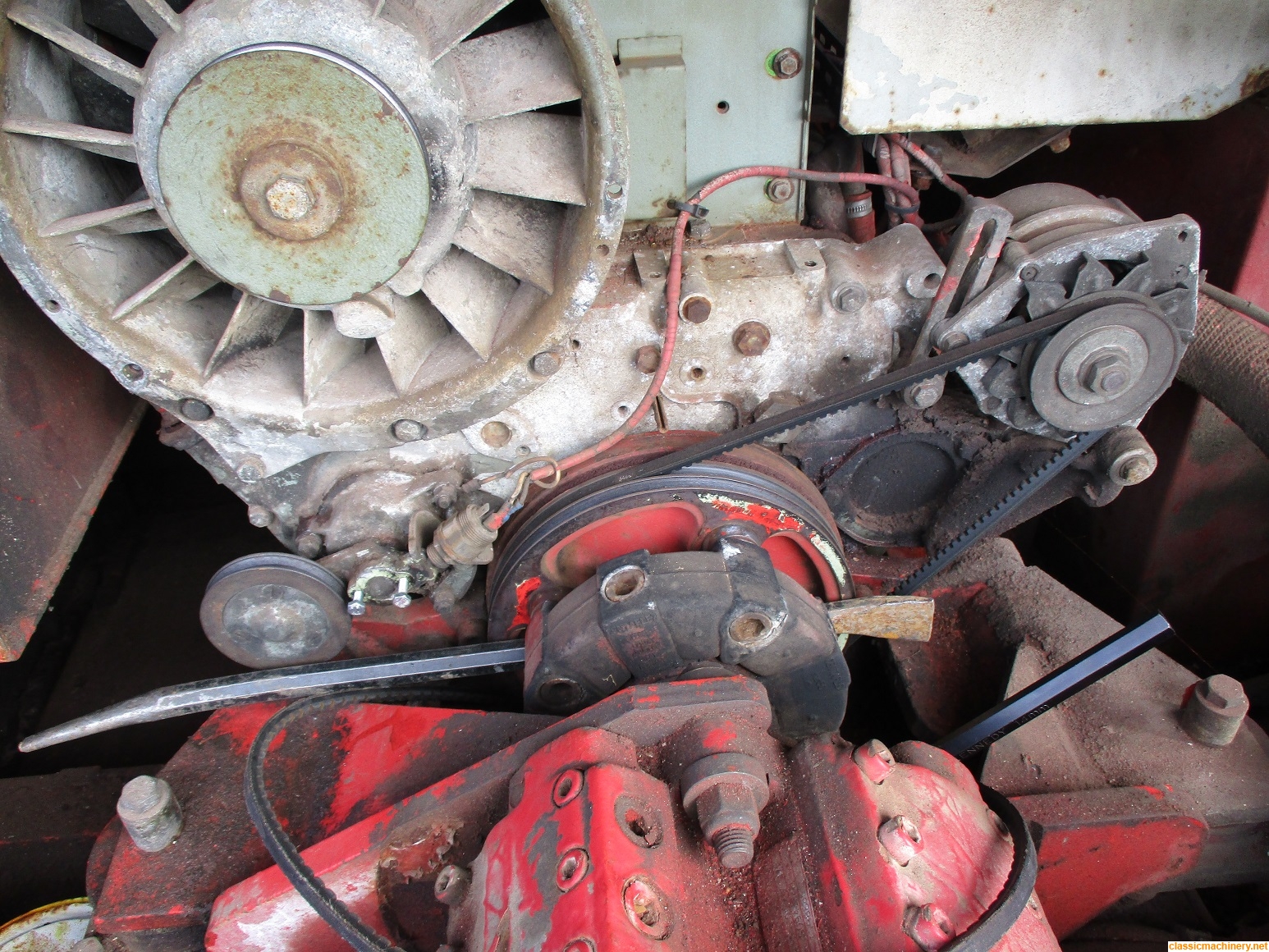 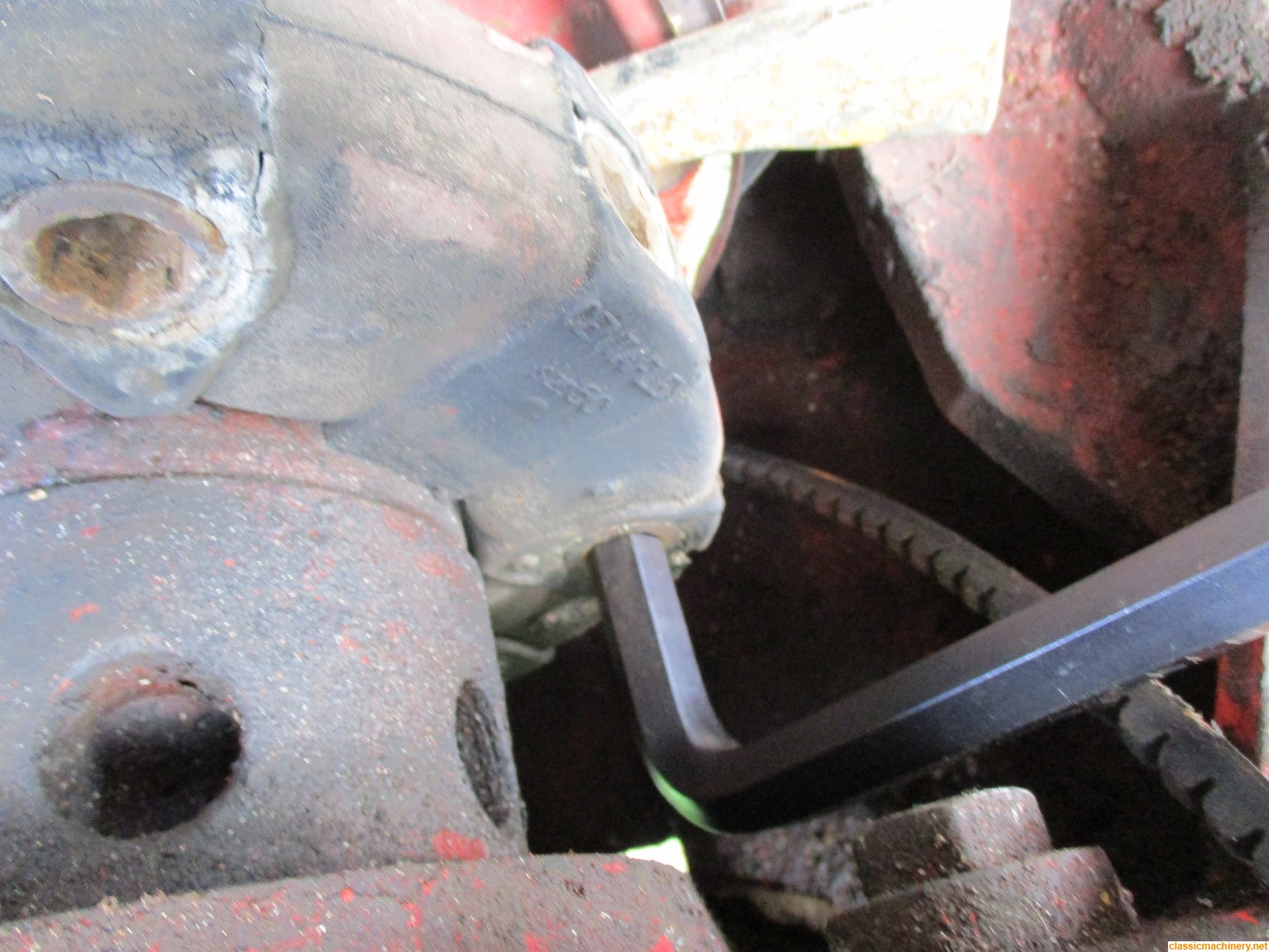 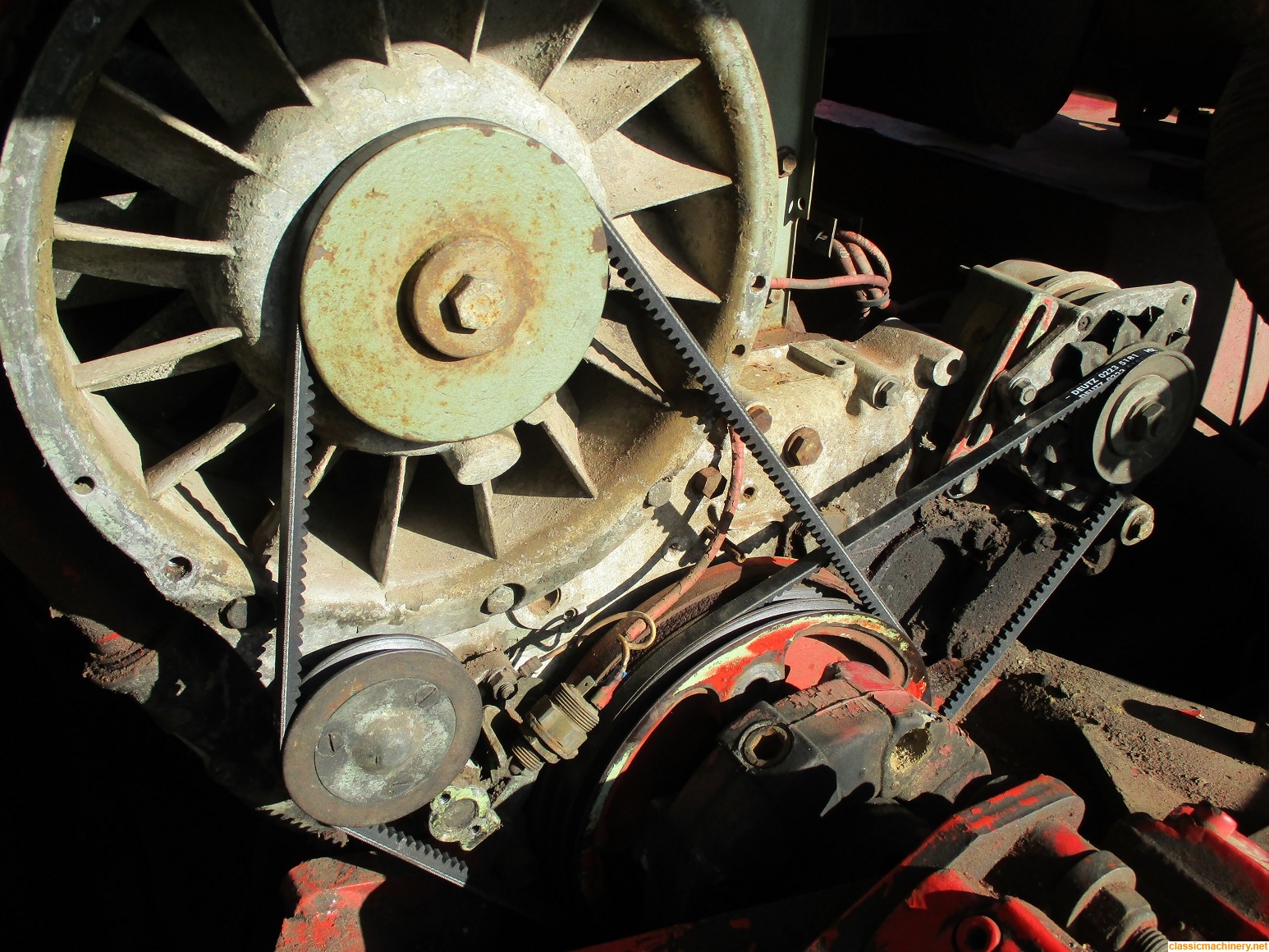 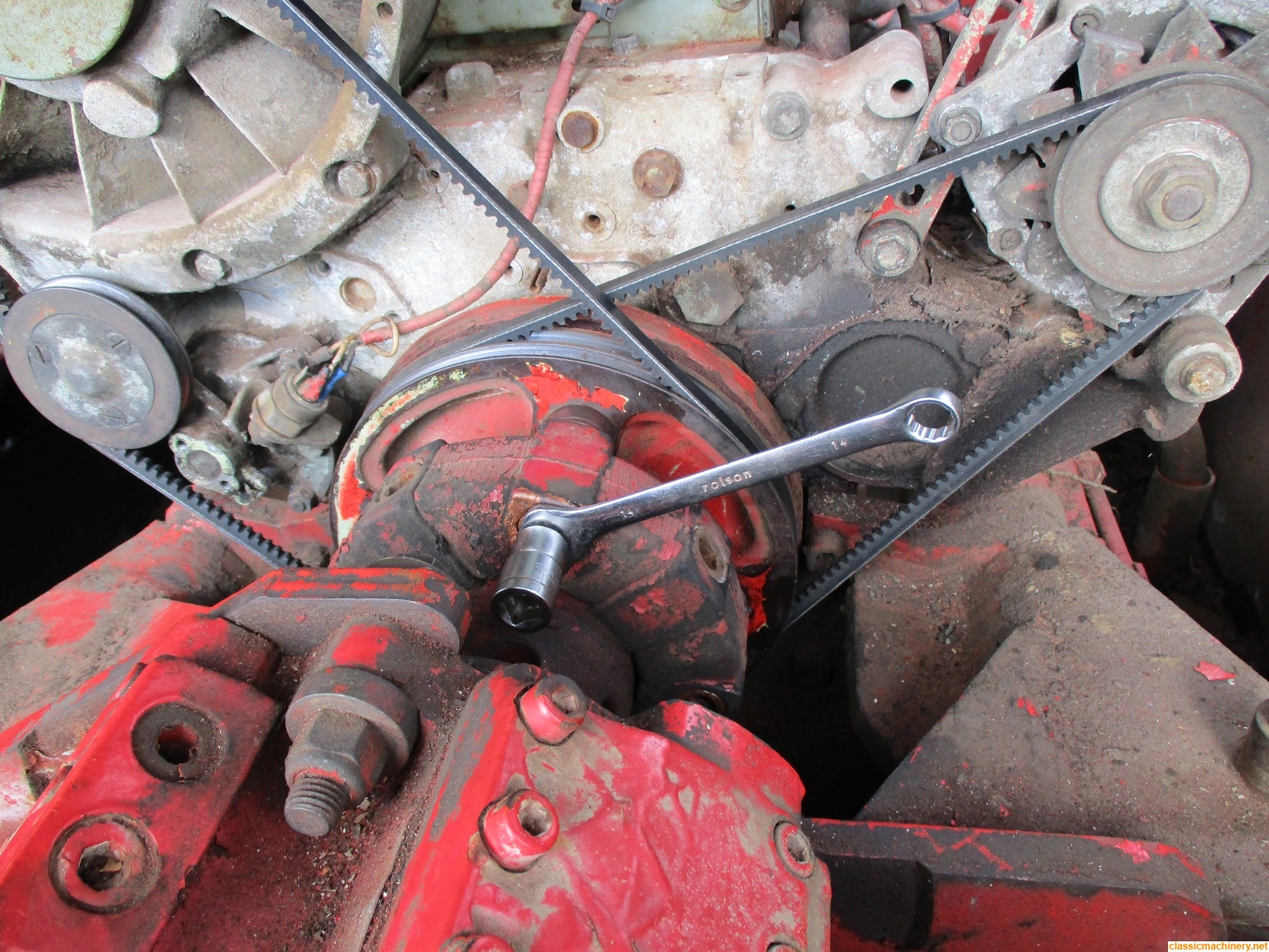 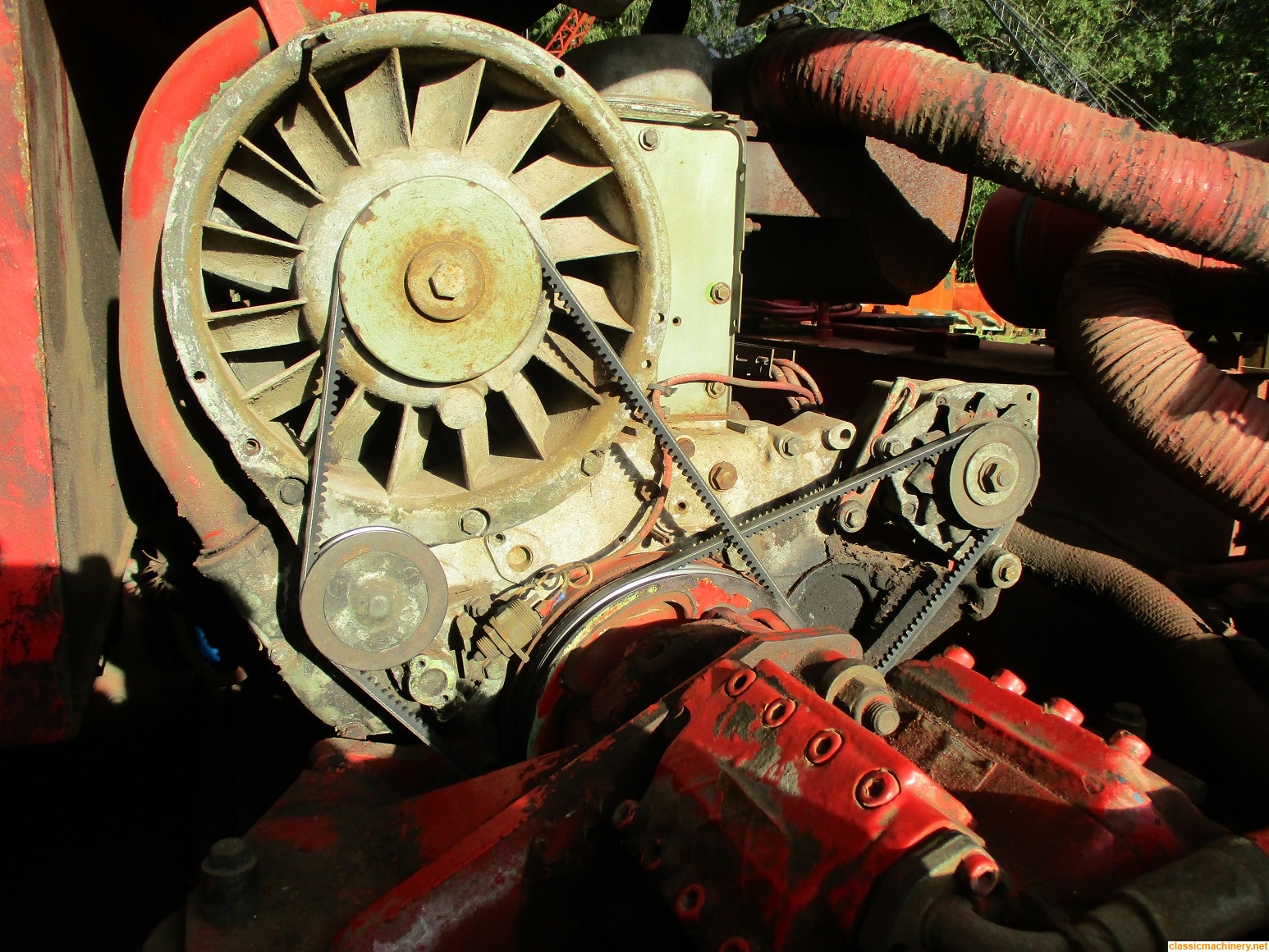 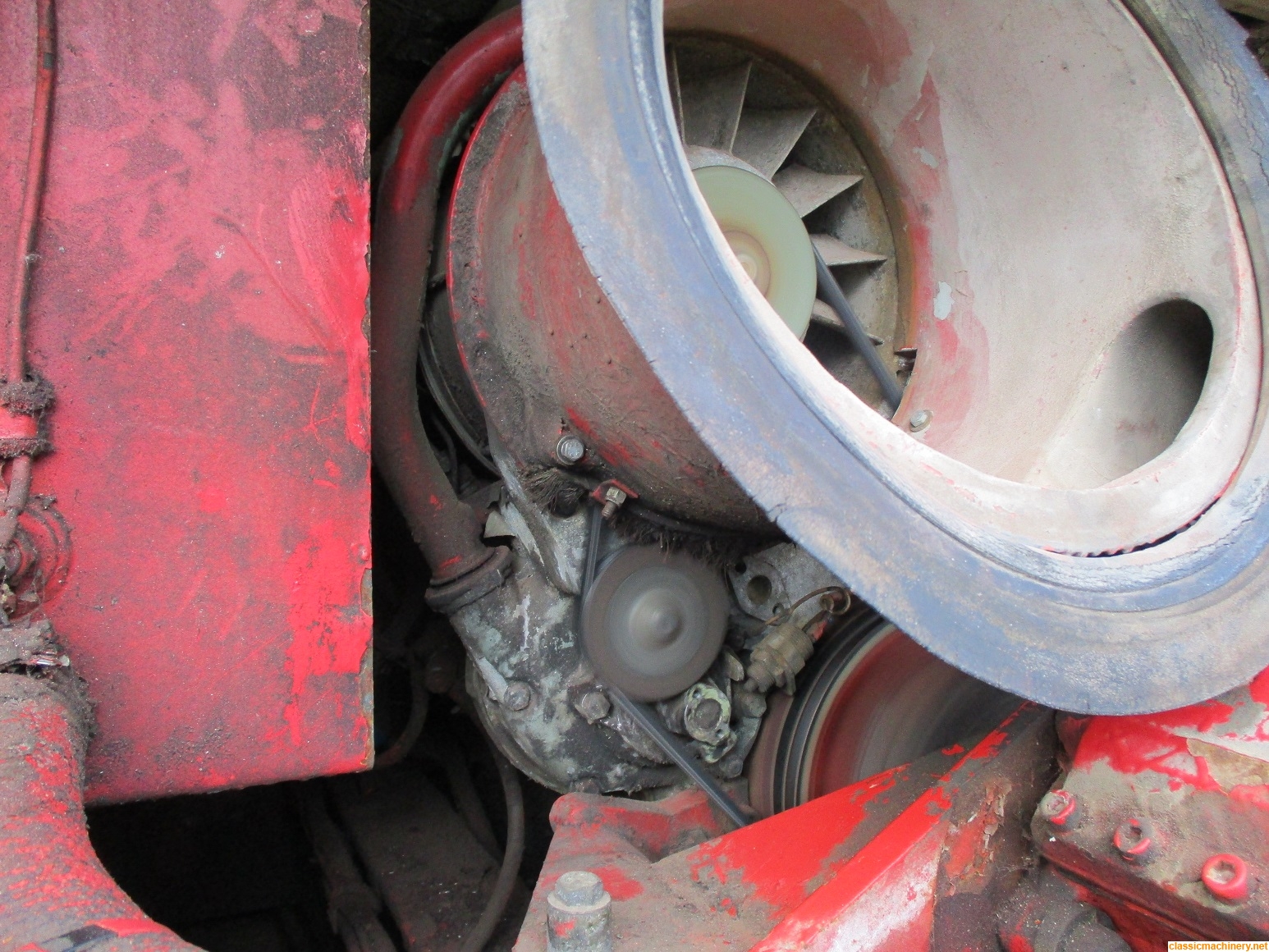